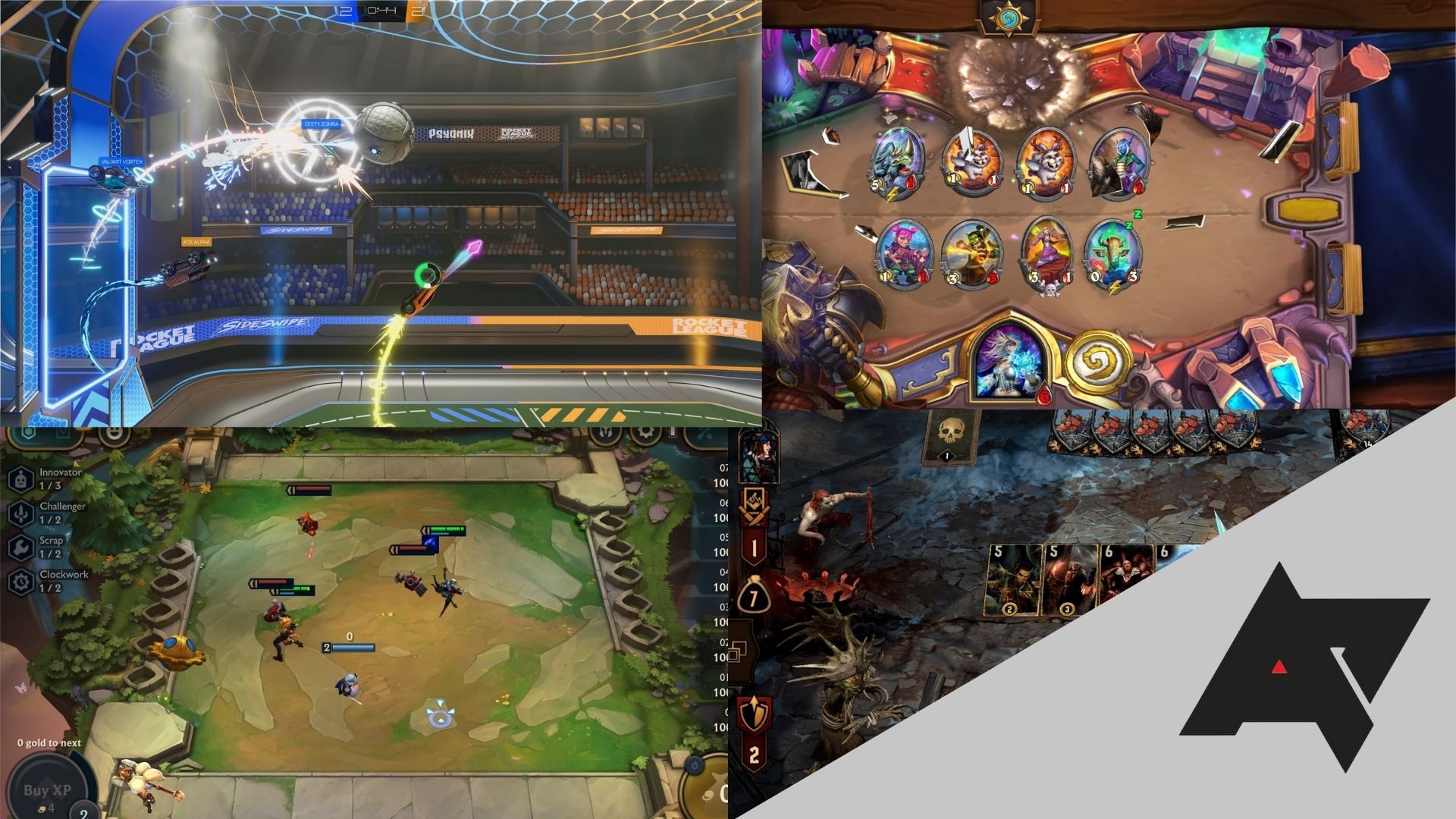 Multiplayer PvP games offer a wide range of experiences on Android. From slow-paced card battlers like Hearthstone to frantic shooters like Call of Duty, there’s something for everyone. These are also the perfect games for people who don’t have the time to sit through lengthy matchmaking queues or hour-long matches. With a couple of exceptions, mobile PvP games are often played in short matches – perfect for your commute.


Unfortunately, there are a lot of multiplayer games on the Play Store that are designed to empty your wallet. It can be hard to avoid them, so we’ve combed through the store to find the best multiplayer PvP games for Android that won’t cost you an arm and a leg. Plus, many of these games support cross-play, where you can enjoy a round with friends even if they own the game on a different platform. If this sounds good, enjoy perusing our hand-picked selection to find your next gaming obsession.

Hearthstone for Android is a port of the successful desktop game. It offers three game modes: Hearthstone, Battlegrounds, and Mercenaries. The original, most popular mode, Hearthstone pits players in 1v1 battles, who take turns to use minions and spells to reduce their opponent’s health pool to zero. Battleground is an auto-battler, where players build teams in an 8-way free-for-all. Mercenaries is the newest mode, where players construct a party of 6 minions and set out on an adventure to complete quests and gather loot in a series of PvE and PvP battles.


While easy to pick up, Hearthstone takes a long time to master. You’ll be sitting there for hours, pondering over cards and combos, and developing new strategies. But when you craft that perfect deck and go on a winning streak, you’ll feel top of the world.

Brawlhalla for mobile is an impressive achievement. Platform fighting games tend to rely heavily on tactile feedback, with experienced players being able to manipulate their physical controllers with laser precision. Brawlhalla proves that a touch screen is perfectly sufficient to leap, fight, and perform impressive combos. However, if you want to improve your experience, try one of the best Android gaming controllers.

Brawlhalla boasts an extensive range of characters and game modes, that when coupled with its buttery smooth gameplay create an experience that’s hard to step away from. While it does lock a significant amount of content behind a paywall, you’ll have plenty of free content available from the start.

Teamfight Tactics (TFT) is a strangely empowering game mode. Many competitive games require hours of practice and reading guides to become the best, but TFT is so intuitive that I often do well just by following my gut feeling. TFT is part of the genre commonly known as auto-chess or auto-battlers. You’ll be placed into a game with eight other players, and over successive rounds, you’ll collect champions and items to build the perfect team.

Part of what keeps TFT exciting is that all champions are reworked each season, forcing players to create new strategies. This keeps the game fresh by preventing particular combos from dominating, and ensuring no two seasons feel the same.

Like Hearthstone, Clash Royale is a deck-building game. However, Clash Royale ups the intensity by creating a frantic mix of real-time strategy and tower defense. Matches are fast-paced, allowing you to comfortably squeeze in a few games on your commute.

Don’t let the cartoony appearance fool you, Clash Royale rewards strategic thinking and careful planning. Googling the perfect deck might help you get started, but managing the real-time combat takes a fair bit of practice. However, while the core game is free to play, micro transactions carry more weight here. Progression can feel unnecessarily grindy, and while the game isn’t pay-to-win, you may find it takes some time to get the deck you want.

PlayerUnknown’s Battlegrounds Mobile (PUBG) follows a similar format to the original PC version, dropping players into an expansive open world in a bid to be the last one standing. However, matches are shorter, around 10 minutes compared to the average 30 minutes of the original, so you won’t spend half an hour crawling around only to get sniped by an unseen assailant.


The controls are fully customizable and designed exclusively for mobile, so you shouldn’t have much trouble with creating a comfortable play style. Regularly updated, with a plethora of game modes and unique mechanics, it’s a must-play for any battle-royale lover.

Rocket League Sideswipe is a dramatic shift from its PC counterpart. The switch to a 2D format might seem overly simplistic at first, but in reality it just tightens the focus; Sideswipe is just as fast-paced and rewarding as the original.

The goal of Rocket League Sideswipe is simple, knock the ball into the goal with your car more times than your opponent. After you’ve done it once, you’ll be pulling off tricks and flipping the ball into the goal like a pro. A 2D plane means less frustration, and matches that last just a few minutes leave you hungry for more. Microtransactions will only get you cosmetic items, so when you lose or win a game, you’ll know it was entirely thanks to your skill.

League of Legends: Wild Rift is a fast-paced MOBA that resides comfortably on mobile. League of Legends is known for its high skill ceiling, but Wild Rift levels the playing field while keeping the classic experience alive.

Those unfamiliar with MOBAs should give this a go if they’re looking for a game that rewards the time you put in. Each champion is substantially different from the next, requiring practice and careful thinking to master. However, mastering champions is only half of it, teamwork is the name of the game here. Matches are 5-a-side, so no matter how good you are, you’ll need to give your team a hand too.

GWENT was originally an excellent mini-game within The Witcher 3. The stand-alone game is nearly identical but rebalanced and structured for online play. Each match is the best out of three. Decks don’t get reset after each round, use all your cards in the first round, and you’ll be setting yourself up for defeat.

Unfortunately, it’s not as approachable as it could be. While the gameplay is a brilliant mix of subterfuge, bluffing, and strategy, a confusing tutorial and bewildering amount of cards can put off new players. However, stick with it and you’ll be hooked on this rewarding card game. The cherry on top is the absolutely stunning animated cards, that make the game feel like a playable work of art. It’s worth it just to take a look.

Call of Duty Mobile is a shooter game that is really two games in one. One pits players against each other in classic team-based game modes, the other is a battle-royale like PUBG. Along with the fast-paced gameplay, CoD Mobile offers players impressive realistic visuals without a drop in performance. It’s a perfect way to crank out a few games of Call of Duty without starting up your console and isn’t a lesser experience for it.

CoD Mobile is regularly updated with new maps, equipment, and game modes. Extensive customization helps you create your ideal character, so if you’re looking for a shooter that you can really sink your teeth into, this is your best bet.

Stick Fight is a refreshingly silly game that’s perfect for playing with friends. It’s a simple case of aiming to be the last man standing, but a variety of obstacles, traps, and opponents will stand in your way. You’ll be armed with a variety of weapons, from shotguns to snake guns, and the controls are deliberately slippy, but this adds to the fun by causing mayhem as you battle.

It’s also the perfect party game. While online play is great, it’s also the ideal game to play as a couch co-op game. But whichever way you play, you’re bound to have fun.

Knock some online socks off

These online multiplayer PvP games for Android are bound to scratch your competitive itch. If you’re wary about jumping into this genre as a newcomer to PvP, you should try one of the more relaxed games like Hearthstone first. Of course, games are best shared with friends, so gather a group to get the most out of competitive shooters like PUBG Mobile.

However, competitive games can take their toll, so once you’ve knocked out a few matches, feel free to wind down with a casual or sandbox game or two, but if you’re looking to gain an edge with tactile controls in your PvP games, perhaps one of the best Android gaming controllers will suit your needs.

This roundup was updated with new games