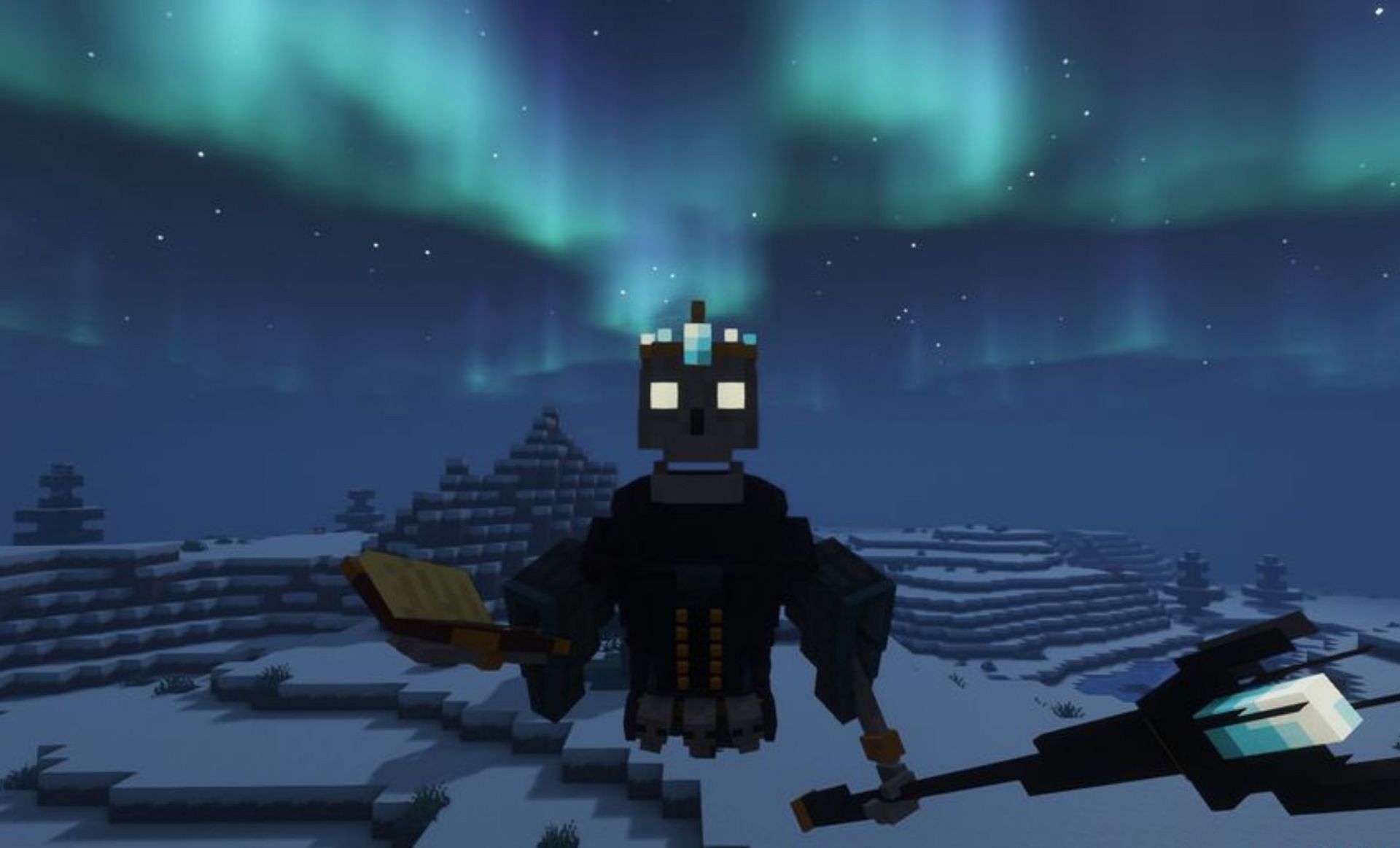 There’s a final boss in the Ender Dragon, which represents the end of the game and is supposed to be the biggest challenge. There’s also the Wither, which can be spawned at almost any time and is arguably more dangerous than the Ender Dragon. However, the list ends there.

Mojang curiously elected not to make the Warden a boss when they added it in version 1.19, even though it’s stronger than the Ender Dragon and all other mobs.

One way to fix the lack of bosses in Minecraft is to use add-ons or mods that introduce new ones.

Note: This article is subjective and solely reflects the opinions of the writer

CyclopsTek, Mutant Creatures, and 3 other great Minecraft mods that add new bosses to the game

The Witherstorm is one of the most fearsome and bizarre entities in the entire world of Minecraft.

The mob debuted in Story Mode but is not in vanilla Minecraft. Fortunately, it can be added to the game, thanks to Cracker’s Witherstorm Mod.

Here’s how the creators of Cracker’s Witherstorm Mod describe the mod:

“This mod is designed to be mainly a survival challenge mod in where the player(s) try to defeat the Wither Storm while running, hiding, and gearing up as they go along… One of the goals of this mod is to abstract the Wither Storm from the game as much as possible, so anyone can play.”

Cracker’s Witherstorm Mod mod can be found on CurseForge.

CyclopsTek introduces a fearsome new boss called the Cyclops. It is ideal for players who like playing vanilla Minecraft and want a mod that adds a boss to the game.

The Cyclops is a strong creature. It can slam its club down with tremendous force or attack from the front and send players flying. It can even shoot a laser beam from its eye.

Bosses of Mass Destruction is the epitome of boss mods. It adds four new bosses to the game for an incredible experience.

The Night Litch sits in towers in cold biomes, while the Nether Gaunlet is found in Nether pits.

The Obsidilith is located in rare structures in the end islands. The Void Blossom, on the other hand, lives in a chamber in the lush cave biome.

Mutant Creatures features buffed up versions of Minecraft’s mobs, which are bigger and stronger than their normal counterparts. For example, the mod introduces a massive deformed zombie, which is a thing of nightmares. Each mob drops an item for the player when killed.

This mod provides a lot of new mobs for players to fight in Minecraft. However, it also honors the game by basing the mods on the original versions.

Ice and Fire has been one of the most popular Minecraft mods for a long time. It completely revamps the mobs and bosses in the game.

Here’s what the creators, Raptorfarian and Alexthe666, have to say about their mod:

“Ice and Fire is a mod… which hopes to add dragons in a proper way. Currently, Dragons have two types: Ice and Fire. Fire Dragons breathe fire and roam most of the habitable world, whilst Ice Dragons inhabit the coldest places known to man and freeze their prey to death. Both kinds of dragons spawn naturally as adults. And news has reached us of a new discovery: Lightning dragons, powerful nocturnal creatures that deal blasting bolts of lightning to kill their prey.”

Here is the full list of mobs that Ice and Fire adds to the game:

Fire Dragon, Ice Dragon, Gorgon, and Cyclops are the current bosses in the mod. The creators are also working on The Dread Queen as another option.