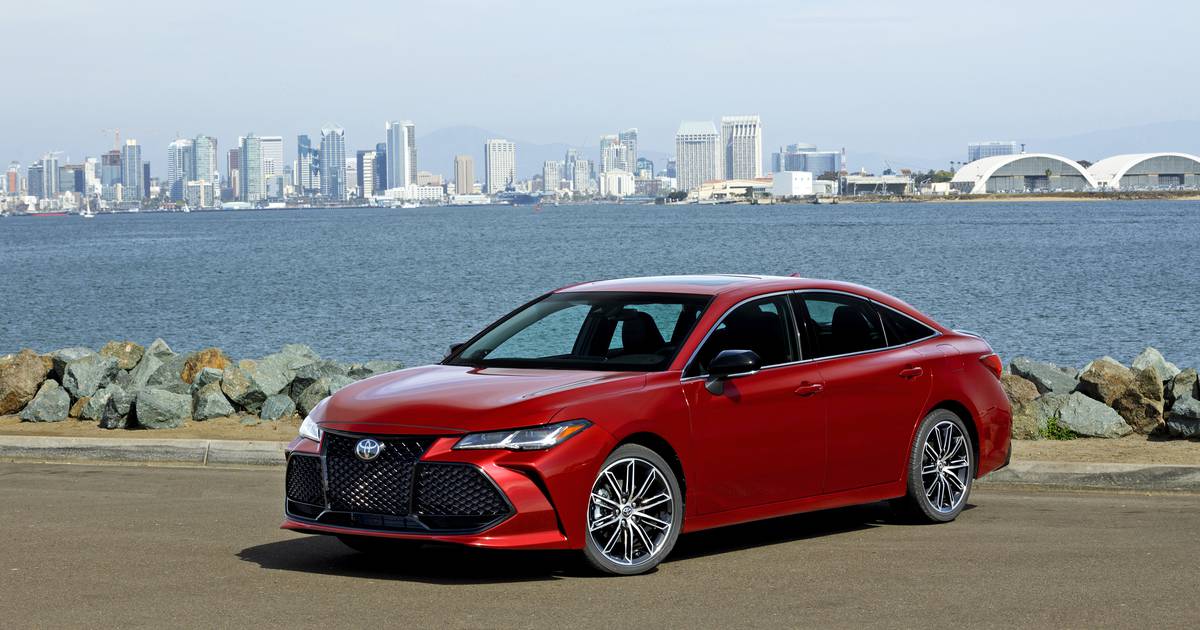 The collection of new vehicles on sale is constantly changing with all of the latest introductions and discontinuations. While the all-new vehicles get plenty of hype, automakers are typically quiet when they cease production of a vehicle. As such, shoppers often don’t realize they’re gone until it’s too late.

These discontinued models often get the ax because of slow sales. But not all are bad choices. Edmunds’ car experts highlight five notable models that are on the way out. This list is sorted by the manufacturer’s suggested retail price and includes the destination charge.

The Accent has long served as Hyundai’s smallest and most affordable model. The sedan, which was once offered as a hatchback, had a long run in the United States, but shoppers have mostly lost interest in small cars. The Hyundai Venue, a small SUV, will become the brand’s lowest-priced vehicle once the Accent is discontinued.

The current Accent is a fine choice for an inexpensive commuter car or perhaps as a young driver’s first car. It has a comfortable ride and a roomy cabin, two qualities that aren’t always found in a vehicle at this price point. There are of course some drawbacks, including limited tech features and unsupportive seats. If you’re considering one, opt for the SEL trim for its larger touchscreen and Apple CarPlay and Android Auto smartphone connectivity.

The EcoSport has only been available since the 2018 model year and spent all of its time toward the bottom of Edmunds’ SUV rankings. And since little SUVs don’t sell as well, it’s no surprise Ford is dropping it. It’s the brand’s smallest and most inexpensive SUV. When the EcoSport is discontinued after 2022, the much better Escape will be Ford’s smallest SUV.

If you’re in the market for a small SUV, you should probably look at one of the EcoSport’s rivals, or if you have the budget for it, get the Escape instead. When Edmunds tested it, our team complained about its poor ride quality, disappointing fuel economy and lack of advanced driver aids. Plenty of cargo space and an easy-to-use touchscreen interface are the only high points here.

Like the EcoSport above, the Encore is a tiny and affordable SUV that Buick introduced for the 2013 model year in hopes of attracting younger buyers to the brand. It was never very competitive, however. Don’t let the badge fool you: The Encore isn’t as luxurious as other Buicks, hence its relatively low price tag. We like its quiet cabin and outward visibility, but when compared to rivals, it lacks cargo space and features and isn’t as fuel-efficient.

There is a silver lining, however. A few years ago Buick introduced the similar-size Encore GX. The GX might sound like a trim level, but it’s actually a completely different model, and it’s a more compelling choice for a small SUV thanks to its roomy interior and balanced ride and handling. If you’re shopping Buicks, look for the GX model.

It’s unfortunate that Mercedes decided to discontinue the A-Class after the 2022 model year because it’s one of Edmunds’ highest-rated small luxury sedans. Fortunately, the very similar CLA sedan and GLA SUV will be around and are similar in size and price. They are also just as good and have almost identical interiors and features.

The A-Class is currently Mercedes’ most affordable model yet boasts the excellent build quality, luxury and tech found in the brand’s larger and more expensive models. It’s entertaining to drive and comfortable and it has a helpful voice-command system. As with most small sedans, rear legroom is a little tight, but on the whole, this is a great entry-level luxury sedan to pick up on its way out.

You might think the discontinuation of the Avalon will make non-luxury large sedans even more scarce, but it’s being replaced by a high-riding hybrid sedan called the Crown. The departure of the Avalon might come as a shock to some because it’s been around since the mid-1990s and has been a reliable source of transportation for many families over the years.

The Avalon performed well in Edmunds’ testing. Not only is it very comfortable, but it’s also very enjoyable to drive thanks to its responsive handling, strong V6 and smooth-shifting transmission. The large sedan also boasts a sophisticated interior and offers plenty of tech. One of its few faults is its limited amount of rear headroom.

With many shoppers preferring sizable SUVs and crossovers, it’s no surprise that small SUVs and sedans make up this list. That narrows down the number of choices for shoppers, but you can’t blame automakers for delivering what’s in demand.

This story was provided to The Associated Press by the automotive website Edmunds.

Michael Cantu is a contributor at Edmunds.