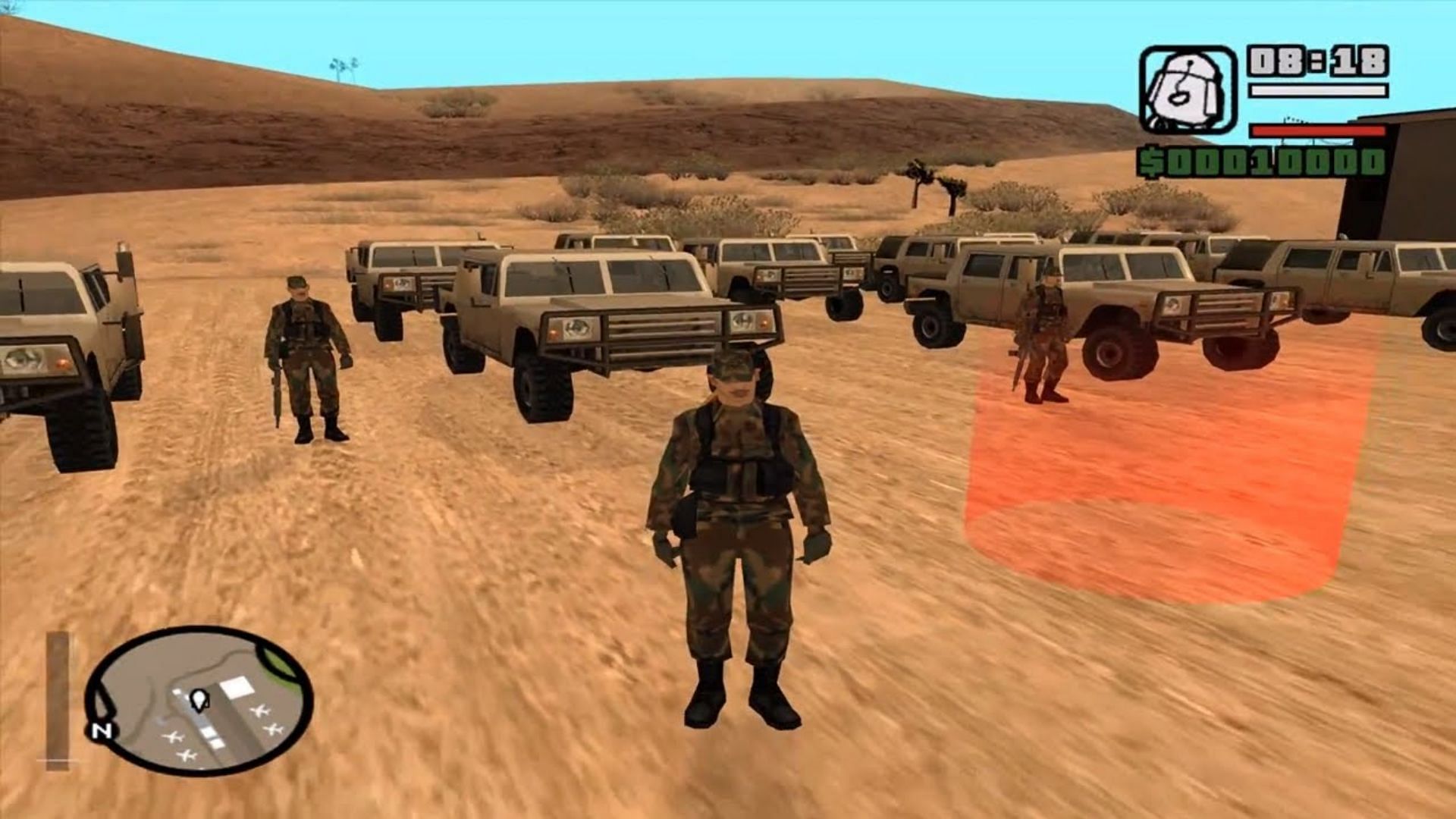 - Advertisement -
Timeless games will always continue to be relevant. For example, GTA San Andreas mods help extend the lifespan of an already legendary video game. Generally speaking, this list will primarily focus on PC modifications that players can download and install on their computers.

This article will highlight five GTA San Andreas mods, along with some relevant images and videos related to them.

Chances are that players have seen clickbait GTA San Andreas videos at some point in their lives.

It was probably something completely bogus, like a secret way to kill Officer Tenpenny at the beginning of the game, but it looked convincing enough that it could have been real. One way to recreate that is through the use of DYOM.

This GTA San Andreas mod allows players to create their own missions. It’s as simple as it sounds, yet it’s also quite complex to fully master. The potential one has with DYOM is insane, especially since players can share or download other people’s missions.

It can be a bit odd to see the same-looking person six times on the same street. That’s what this GTA San Andreas mod is for since it offers several alternative appearances for every pedestrian. The Definitive Edition did something similar, but this modification came out long before the controversial remaster did.

This GTA San Andreas mod is as simple as it seems. The game doesn’t natively support First Person POV, as it wouldn’t be until GTA 5’s Enhanced Edition that such a feature would make its debut in the series. Hence, fans have to rely on mods to change that.

In this case, it does exactly what one would expect it to do. Playing the game in First Person POV feels different than playing it in the usual Third Person POV. One downside is that CJ’s customization options aren’t as noticeable in First Person POV since the player can’t see most of CJ’s body in this mode.

If gamers want an easy-to-use graphics mod, then V Graphics is an excellent choice. After all, the original game’s visuals have definitely aged quite a bit in the last two decades since the game came out. This particular GTA San Andreas mod is quite common to come across in YouTube videos, making it a popular choice to use.

There are some visual bugs, but the good thing about V Graphics is that the in-game performance doesn’t tank drastically when using it, even on an otherwise unspectacular hardware. Gamers with better PCs can find better alternatives, but V Graphics is reliable for the average player.

San Andreas Multiplayer is also known as SA-MP. Regardless of the term readers wish to use, this GTA San Andreas mod is essentially a great way to play this iconic game online with other players. There are several servers to choose from in a similar vein to what one would expect from GTA RP.

It’s still popular to use today, and players can easily find servers with hundreds of gamers on them. Different servers have different rules, so it’s wise to look them up before joining any of them.

Note: Some aspects of this article are subjective.

Q. Do you think DYOM is an interesting mod?