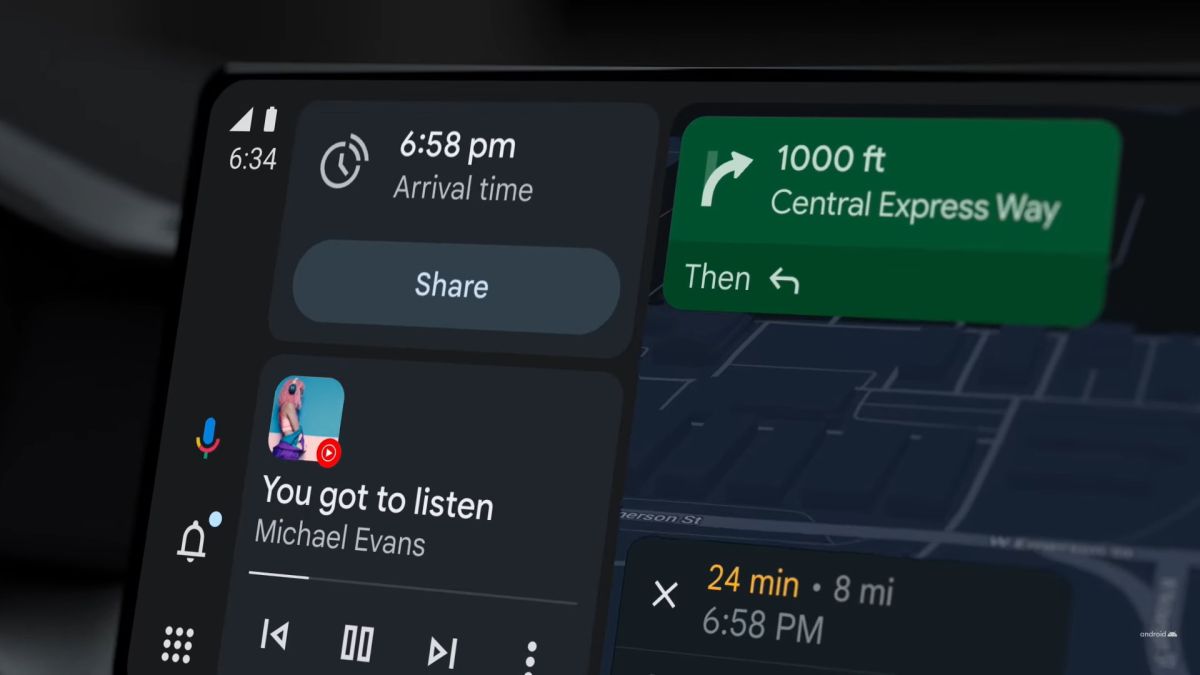 Google has released a new version of its Android Auto platform for consumers via a Play Store update. The update was expected to bring a significant redesign to the platform. However, this is not the case, and the new Android Auto 8.0 update appears fairly minor.

According to 9to5Google, Android Auto received the update this week but showed no sign of the highly-anticipated UI changes.

During the announcement in May at I/O, Google announced it would make significant changes to Android Auto. That includes a new “Coolwalk” UI with split screen functionality for “all screen sizes and form factors.”

The redesign incorporates users’ preferences to showcase their apps on the Android Auto car screen. For instance, the new UI redesign would allow users to set their Maps for navigation, their preferred music app, and a recent conversation box quickly and effortlessly using the new split screen functionality. The goal is to reduce the need to switch apps and have a convenient approach to interacting with the display while driving.

Google says it wants to prioritize availability for more vehicles of all screen sizes. For reference, there are over 15 million Android Auto-compatible cars globally, according to Google.

The above-outlined features all sound appealing. However, there’s still no sign of the update as of yet. Unfortunately, Google did not provide a solid date on when users could expect this new UI. The company did say that it would launch “this summer,” and there’s still a month left until autumn, so the wait shouldn’t be much longer.

That said, hopefully, this new update is able to address troublesome bugs some users have been facing with their Android smartphones.

Meanwhile, once you’ve finished updating to the current latest Android Auto version via the Google Play Store, there are some ways to get app shortcuts on Android Auto to add some extra convenience while driving.