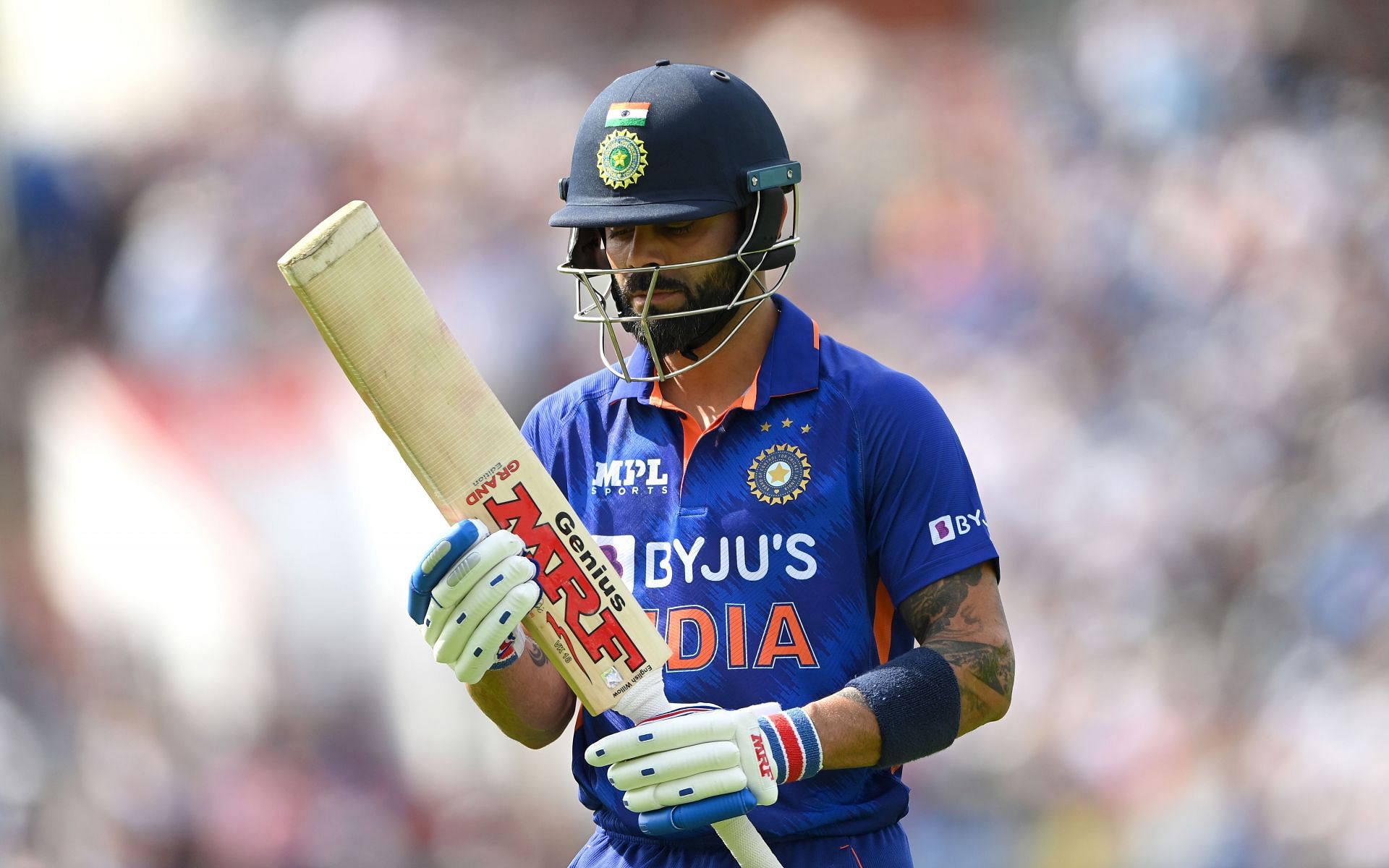 Ad P
Aakash Chopra believes Virat Kohli will be the first middle-order pick in India’s squad for the T20 World Cup despite runs not flowing from his bat lately.

Kohli is back in the Indian squad for the upcoming Asia Cup 2022 after taking a break during the limited-overs series against the West Indies. The former Indian skipper will hope to be at the top of his game in the tournament to keep all doubts about his place in the side at bay.

In a video shared on his YouTube channel, Chopra reflected on the middle-order options for Team India for the upcoming T20 World Cup. He said the following about Kohli:

“The truth is that many runs have not come from his bat but the player is mighty. Virat Kohli’s numbers are really underwhelming, not only by his standards, but even if you see the industry standards, these numbers are quite ordinary.”

Chopra pointed out that a call on Kohli’s place in the side cannot be taken based on his international numbers. The former Indian opener reasoned:

“He has played just four T20Is in almost 10 months, in which he scored a total of 80 runs at an average of 20 and a strike rate of 129. But if you play only four matches in 10 months, there is nothing to read.”

Kohli has played just a couple of T20Is apiece against the West Indies and England this year. Although he did score a half-century against the Windies, he managed a total of 29 runs in his other three knocks.

Aakash Chopra highlighted that Kohli had an indifferent IPL 2022 as well. He elaborated:

“IPL numbers – once again it was a middling IPL, it was a poor IPL based on his standards. He played 16 matches in all – 341 runs at an average of 22.8 and a strike rate of 116. It is not that the strike rate is high and the average is low or vice versa.”

Chopra hopes that Kohli strikes form in the Asia Cup and puts all questions about his place in the side to rest. The reputed commentator observed:

“But six matches in the Asia Cup and six more T20Is after that and then the World Cup, this is where the flight must take off. Virat Kohli will remain on this list at No. 1. God forbid, I don’t even want to say what will happen if the Asia Cup is not good. I hope it will not be bad and after that there will be no discussion on his name.”

Rohit Sharma and the team management will certainly hope that Virat Kohli is at his former best during the prestigious continental tournament. The selectors will have an extremely tough call to make if the modern batting great does not deliver the goods in the UAE.

Q. Will Virat Kohli score a half-century in the Asia Cup opener against Pakistan?