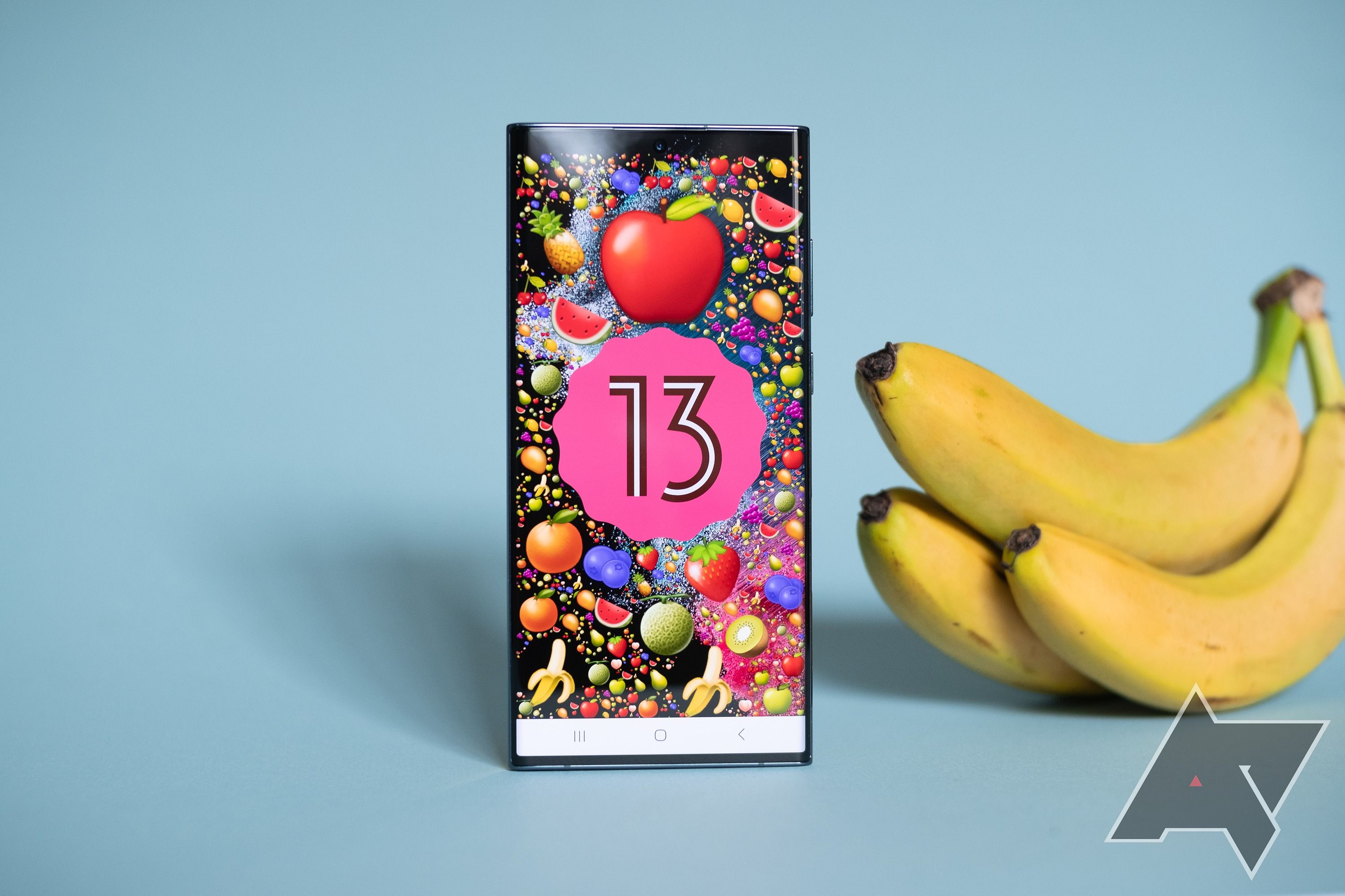 Post Views: 2
The upcoming Android 13 stable release will hit Google Pixel phones first, but Samsung’s hard at work adapting the newest version of everybody’s favorite mobile OS for its own devices. The Android 13-based One UI 5 beta officially began this month, landing on Galaxy S22 phones first in Europe and Asia, then here in the States.

We’ve had the chance to try out the new One UI 5 beta software on a Samsung Galaxy S22 Ultra, and while it’s hardly a seismic shift for Samsung, the update introduces a ton of small tweaks, many of which are very clever. Here are our early impressions of One UI 5’s new tricks.

One UI 5 is based on Android 13, which means it comes with all the system-level changes that version includes—like a new notification permission that requires apps ask before sending you notifications, the ability to set individual apps to launch in different languages, and improved dynamic theming with more color palettes to choose from.

Samsung’s take on new Android features doesn’t always line up exactly with how Google does things; for example, Android 13’s new task manager for apps running in the background is visible in the notification shade on Pixel phones, but it’s hidden behind an overflow menu in One UI 5. Other changes, like Android 13’s QR code scanner quick settings shortcut, were already available on Samsung phones before One UI 5. Some smaller Android 13 tweaks we’ve seen on Pixel phones, like the fun new media player notification and enhanced clipboard functionality, are absent in the first One UI 5 beta.


Want to install it? Here’s our guide on installing the One UI 5 beta on your Galaxy S22 series device — if you’re in the US, Germany, or South Korea.

With that, let’s get started.

One of the bigger changes in One UI 5 is support for multiple user profiles on a single device. This is a feature built into stock Android that Samsung previously opted not to offer on its smartphones (outside esoteric Secure Folder functionality, that is).

To enable multiple user profiles, under Settings > Accounts and backup, tap Users, then flip the toggle on. You’ll then see the option to add additional user profiles to your device. Secondary profiles will be set up as if your phone was new, and each user profile has its own home screen, settings, and app library. You can also create a guest profile.

Samsung already made this functionality available in its tablets, which are more likely to be shared among multiple users. On a phone, you might use user profiles to more clearly separate your work life from your home life: One profile for personal use, one for professional.

Samsung introduced a feature in One UI 4.1 called Smart Widgets that lets users create rotating stacks of like-sized widgets. In One UI 5, the process has been simplified considerably. Before, you had to place a dedicated Smart Widget on your home screen to begin building a stack. Now, in One UI 5, you simply drag widgets on top of each other. Widgets have to be the same size to stack, but you can resize individual widgets to fit prior to combining them. We’ve run into a bug where trying to resize existing stacks of widgets crashes the launcher, but that sort of thing is expected at this stage—this is a beta, after all.


There are even more customizable colors in One UI 5

The color palette menu’s still got some rough edges.

Samsung’s offered Material You-style dynamic theming since One UI 4.1, but in One UI 5, there are more style options available. One UI 4.1 lets you pick from three dynamic themes based on your wallpaper or a single stock theme that makes UI accent colors primarily blue. One UI 5, meanwhile, offers many more themes: options vary by wallpaper, but I saw as many as 11 wallpaper-based dynamic options and 12 static themes in a wide range of colors, including four two-tone options.

Notifications and quick settings get some nice tweaks

The notification shade in One UI 5 has a new look, with bigger, bolder app icons. It’s a minor visual tweak, but it might help you better identify which apps sent which notifications at a glance. Notification settings have also been revamped to make it simpler to block notifications from apps that might be making too much noise.

The One UI 5 beta also makes a slight change to quick settings: Now, with the notification shade partially expanded, you’ll see five quick settings tiles instead of six. Expanding the shade fully will still show the same 12 tiles as before.

Permission dialogs get a stock-Android look

In what we hope is a sign of things to come, the permission dialogs in One UI 5 have a much more stock-Android look than in One UI 4, with big, rounded buttons that adopt your system theme’s colors. A leak some months ago pointed to these dialogs moving further up the screen, but in the current beta, they’re thankfully still pushed down nearer your thumbs.

In One UI 5, you can long-press in any text field to surface an option called “Extract text.” Tapping it pops open the camera to read text from your surroundings and insert it into that text field. Optical character recognition (OCR) is hardly new technology in smartphones, but this is a specific application we haven’t seen before—and one that could save some serious time. The feature isn’t fully baked in this build; the camera opens as it should, but it can’t actually extract text this way yet.

In the same vein, Samsung’s Camera and Gallery apps now employ OCR to let you lift text out of photos and copy it to your clipboard. With your phone’s camera on and pointed at text, a gold T icon will appear in the viewfinder. Tapping it will capture a photo of what you’re looking at and open a view that gives you the option to extract text from the picture.

Similarly, when viewing a photo that contains text in Samsung’s Gallery app, the same gold T icon will appear in the lower right corner. Tapping it highlights selectable text, which you can then interact with the way you would in a web browser: Just long press a word, then drag the blue handles that appear over the text you want to highlight. You’ll have options to copy the text or search for it online.

The features come after competitors Google and Apple implemented similar functionality in their own products, but they’re welcome additions to One UI nonetheless.

Samsung’s added experimental support for a couple of new multitasking gestures: a two-finger swipe up from the bottom of the home screen that serves as a shortcut to opening a second app in split-screen view, and a swipe in from either top corner of the screen to put your current app in a floating windowed view. They’re quick and relatively intuitive ways to access useful functionality that was previously hidden in the recent apps view.

You can customize caller backgrounds

One UI already let you change the background image that appears when you receive a phone call, but in the One UI 5 beta, you can set specific backgrounds for each individual contact, making callers easier to identify at a glance.

In Samsung’s Contacts app on One UI 5, when editing a contact, there’s a View more option that surfaces settings to customize that contact’s ringtone, vibration pattern, and the background image that appears when they call.

There’s a new accessibility shortcut that allows you to use your phone’s camera like a magnifying glass. Depending on your preference, the feature can be accessed with physical button presses or by tapping a software accessibility icon.

The magnifier looks like a simplified camera viewfinder, with a big, easy-to-use zoom slider and options to turn your flashlight on, take a photo, or adjust image brightness. To turn the feature on, find it in Settings > Accessibility > Visibility enhancements > Magnifier.

Considering you can do all the same things in the normal camera app—also accessible by software or hardware buttons—this is a pretty niche feature. Still, if it’s a help to anybody, it’s a worthwhile addition.

But that’s not all!

The changes above are the highlights, but there are a lot of smaller changes, too, including:

Curiously, the One UI 5 beta changelog mentions several features that either aren’t here yet or are incomplete in this version, including a couple of wake word-free commands and a new on-device mode for Bixby, plus Google Pixel-style automated call screening. It’s safe to assume these features will make it into later One UI 5 builds—or at least that Samsung wants them to.

This is only the first of what will be several One UI 5 beta builds, and we’ll be testing each new release as they become available. It seems that, like Android 13 itself, One UI is more about refinement than major overhauls to existing features—but that should hopefully mean a relatively short beta period. If you want to get your hands on One UI 5 but old an older phone, it’s probably time to upgrade to one of our favorite Samsung phones.