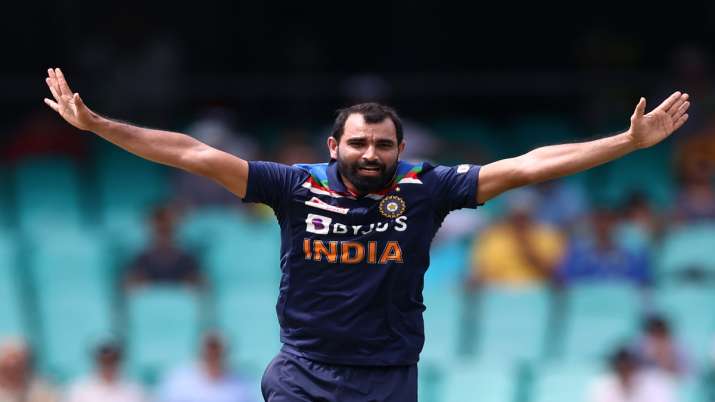 Team India is currently building towards the T20I World Cup that is scheduled to be played in Australia later this year. The men in blue are continuing their dress rehearsals for the grandest stage and are trying to identify the perfect eleven for the T20I World Cup. The Indian contingency will travel to Zimbabwe to play a three-match ODI series and then they will fly to the United Arab Emirates to participate in the Asia Cup.

In a sudden turn of events, what raised many eyebrows is how Mohammed Shami has been left out of India’s T20I scheme of things. As of now, the Gujarat Titans pacer is only being considered in the team for Tests and One Day Internationals. Various reports say that the BCCI has informed Shami that the team is moving ahead and his playing days in the T20I format are over. Former Australia skipper Ricky Ponting has weighed on this issue and has said that India has better fast bowlers than Shami who can be used in the shortest format of the game.

He’s (Shami) been a very, very good bowler for India for a long time now. If you look at his strengths, his Test cricket is probably where he thrives the most. I think there are better fast bowlers in Indian T20 cricket than Shami and they’ve only named three (for the Asia Cup). So if there are potentially four named in the squad he might be the fourth man in. I would think they’ll probably only have the four quicks coming to Australia. They’ll still want to bring a lot of spin here even though the wickets are probably not that conducive”, said Ponting.

Ponting further said that he is looking forward to the India Pakistan clash and believes that the men in blue have a slight edge over the men in green and are the favorites to win the tournament.