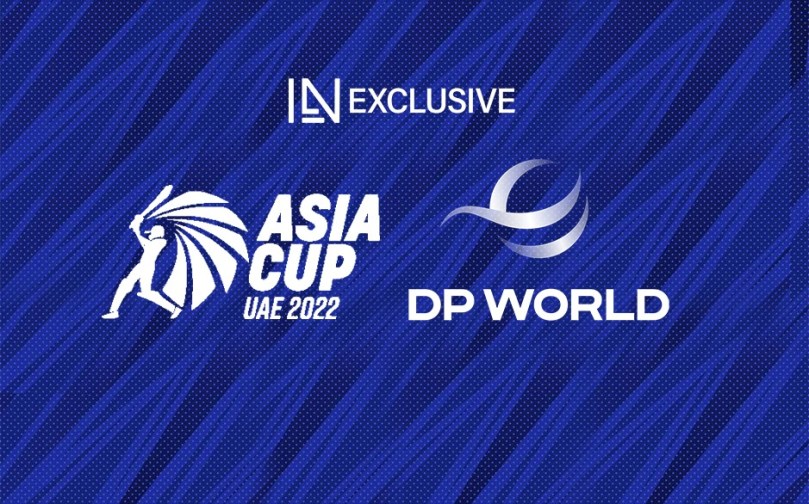 Asia Cup 2022 Sponsor – Asia Cup T20 Cricket: Dubai based Logistic company DP World will be the new TITLE SPONSOR of Asia Cup T20 Cricket in UAE. According to available information with InsideSport, the company has already agreed MULTI-CRORE deal with Asian Cricket Council (ACC). Official announcement of the partnership will be made in the next 24-48 hours. It is worth noting that DP World is also the partner of Royal Challengers Bangalore in IPL since 2020: Follow Asia Cup Cricket LIVE Updates with InsideSport.IN & Watch Asia Cup LIVE Broadcast on Disney Star Network.

Asia Cup LIVE Broadcast – India vs Pakistan AD-Rates: Meanwhile the official broadcaster of the Asia Cup Disney Star Netwoek is also closing on various ON-AIR sponsorship deals. According to available information, Star Sports has already signed Dream11, Rajshree Pan Masala, Samsung Galaxy, LIC, ThumsUP as the sponsors for the ON-AIR LIVE Broadcast of ASIA Cup Cricket. Not only this but the official broadcasters have also roped in Axis Bank & Orient Electric as Associate Sponsors for the HD FEED of ASIA CUP:

Disney Star overall is getting slow but decent response from the ADVERTISERS. The much hyped India vs Paksitan clashes in Asia Cup is helping in wooing the advertisers.

“The traction for the tournament is decent. No client want to miss India vs Pakistan clash. The good part is that format is such that 2 India Pakistan matches are guaranteed, 3rd one can be bonus if both teams can reach finals. We have sold 90% of the inventory”, informed senior team member in Star Sports Sales team.

The official broadcaster of Asia Cup STAR SPORTS has sold all inventory around the match. But InsideSport has learnth that the AD-SPOTS are being sold at far lesser price vis a vis last T20 World Cup in UAE

“You can’t compare World Cup with Asia CUP. The hype and noise around the World Cup is more than what is there on Asia CUP Cricket. Moreover, some of the top advertising categories are dull & quite at this stage. Edtech, E-commerce all are sitting quite and may stay away from spending big this time”, informed a Senior Executive of top media buying agency in the country.