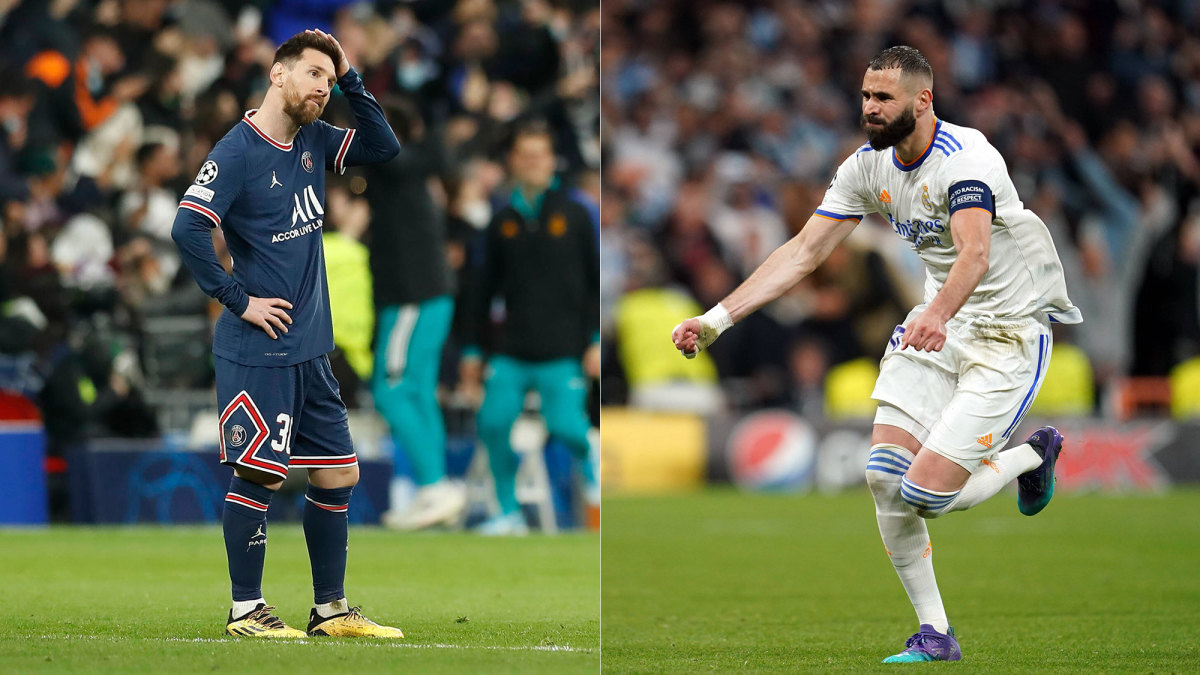 The Ballon d’Or shortlist is out for 2022, and there’s a glaring omission.

Lionel Messi, the seven-time honoree and reigning winner of France Football’s prestigious prize, has been left out of the running for the first time since 2005. His PSG teammate, Neymar, also did not make the final cut, while the second-most successful player in the award’s history, Cristiano Ronaldo, did secure a place among the top 30, which was revealed on Friday.

Whether Ronaldo, who led Manchester United in scoring in his return to Old Trafford last season, should still have a place in the conversation can be debated, but Messi and Neymar simply didn’t have good enough seasons for PSG to warrant being close to the award. If anything, their international contributions during World Cup qualifying could have put them back into contention for the shortlist, but it’s O.K. for transcendent stars and personalities to not have automatic inclusion when it comes to awards season. It’s healthy and frankly far too uncommon. Off years happen, and for Messi particularly, he had a paltry six goals in Ligue 1 last season (he hadn’t scored fewer than 23 in any league season with Barcelona dating back to 2008–09). While his 14 assists were second in the league, that’s hardly Ballon d’Or material—especially not the standard at which he has previously won the award. Whether that means he shouldn’t be in the top 30 might not be so black and white, but this simply was not his year.

Regardless, it’s all academic. Karim Benzema is winning the award. The clear favorite, the Real Madrid and France veteran led his club to a La Liga-Champions League double, led both competitions in scoring and delivered decisive performances when the pressure was on. Given the field and given Ronaldo and Messi’s statistical regressions, it’s as clear-cut a case as there could be. (Separately on Friday, Benzema was shortlisted along with Manchester City midfielder Kevin de Bruyne and Real Madrid goalkeeper Thibaut Courtois for UEFA’s Men’s Player of the Year award, which will be doled out Aug. 25.)

Whether the voters ultimately agreed will be determined October 17. There were significant changes made to the 2022 award, with it taking into account the European calendar—so the start of seasons in August 2021 up through the Women’s Euros—and it will not include 2022’s greatest spectacle, the World Cup. Performances in Qatar will go toward determining the 2023 winner. As for voting criteria goes, France Football confirmed in the spring a player’s reputation and past performance should no longer influence the voting, and that only individual performance, team performance and fair play should be taken into account—something that further underscores the omissions of Messi’s ilk in the shortlist.

As for the Ballon d’Or Feminin, three U.S. women’s national team players at different stages of their careers were among the top 20. Alex Morgan, NWSL’s leading scorer and a leading contributor to the U.S. team that clinched World Cup and Olympic berths at age 33, is one of the three. The others are Catarina Macario, the 22-year-old who enjoyed a breakout season with French and European champion Lyon and scored in the Champions League final before tearing her ACL; and Trinity Rodman, the 20-year-old who helped lead the Washington Spirit to last season’s NWSL title and is just getting her feet wet with the national team.

They all face an uphill battle considering the scope and stature of Lyon and England’s European titles and the opportunities to win matches of significance that the U.S. hardly had this past year. The 17 others vying for the fourth edition of this award (previous winners are Ada Hegerberg in 2018, Megan Rapinoe in 2019 and Alexia Putellas in 2021; the award was vacated in 2020 due to the COVID-19 pandemic) are: