In the middle of the Covid-19 pandemic, and exactly 50 years after it became independent, Bangladesh passed a major test. Last year, the United Nations decided to strike the South Asian economy off its list of the world’s least developed nations. In fact, its per capita national income is now higher than that of India next door. Celebrations, however, were interrupted by a rude jolt: A hard-currency shortage serious enough to require a bailout by the International Monetary Fund.

Will the imbalance derail the graduation ceremony, which the UN has set for 2026? More importantly, will it slow down progress toward the next milestone: an upper-middle-income status for its 167 million people in the next 20 years? Bangladesh’s bigger neighbor can offer some clues — and lessons.


The central bank in Dhaka has seen its foreign-exchange coffers shrink by 13% over the past year to $40 billion as it unsuccessfully defended the currency at about 86 taka to the dollar. The current reserves can pay for almost four months of imports. Since coverage of less than three months is considered dangerous, the loan Bangladesh is seeking from IMF appears to be preemptive — unlike in bankrupt Sri Lanka where authorities are desperate for funds. The problem, however, is that in belatedly allowing the taka to become more competitive — it has officially eased to 95, though the currency quoted last week at 112 to the dollar in the market — authorities may risk worsening internal imbalance.


A cheaper taka will quicken inflation from a nine-year high of 7.6% by raising the cost of imported energy. Shortages of expensive natural gas are threatening power cuts through 2026, hurting manufacturers. There could be ripple effects. If the dollar crunch precipitates a deep slowdown and a surge in bad loans, rescuing the financial sector with taxpayers’ money may put the government’s junk-grade credit rating (Ba3, according to Moody’s Investors Service) under strain.


This is where policy makers could draw a parallel with India, the largest economy in South Asia. The first clue is that a hard-currency financing crunch — the kind that besets almost every developing country occasionally — does slow things down if it impairs the domestic banking system. When the Indian central bank ran out of dollars for imports in 1990-91 and New Delhi had to seek an IMF rescue, India’s per capita income was $390. For a $10 increase to $400, the country had to wait until 1996. It took that long partly because — even three years into stabilization — a quarter of the Indian banking system’s assets were nonperforming.

A second lesson is that the lean years must be spent on reforms that would give the economy a fresh growth spurt: In India’s case, it meant lowering trade barriers, dismantling industrial licensing, and joining up local enterprises with global capital. That gave India enough fuel to nearly quadruple the 1996 per capita income to $1,500 by 2012. But because India hadn’t done enough to improve the governance of its financial system, excessive credit directed toward large projects of dubious value eventually became a dampener.


Just as India was losing momentum, Bangladesh was taking off. Per capita income, a little over $1,000 about a decade ago, surged past $2,600 last year, a fifth higher than India’s. Real living standards, adjusted for inflation and differences in the purchasing power of their currencies, are still 4% higher in the bigger economy, but Bangladesh has managed to narrow the gap from 11% in 2013, the year in which the unsafe Rana Plaza factory building collapsed in Dhaka, killing more than 1,100 garment workers.


What went right for Bangladesh? For one thing, it played to its strength, garnering a slice of global low-skill exports — readymade garments — in line with its share of working-age people among poor countries. India went for high-skilled software, business-process outsourcing and finance, benefiting a tiny fraction of its 1 billion-person-strong workforce, according to a 2020 paper by economist Shoumitro Chatterjee of Pennsylvania State University and Arvind Subramanian, formerly India’s chief economic adviser. New research by Amit Basole, an economist at the Azim Premji University in Bengaluru, shows the difference in outcomes: Bangladesh generated three times more employment from every 1% of output growth than India between 2010 and 2018.

Over the past three decades, growth in both economies has pulled workers out of subsistence agriculture — just that Bangladesh has been nearly twice as successful as India. However, in Basole’s framework what happens next may be even more crucial: Does the surplus labor end up in a modern sector with high productivity growth and growing wages or, like in India, merely go from farm jobs to informal employment in construction? Bangladesh’s record here is slightly better, and that may partly explain why women’s participation in its workforce — while still low at 35% — is rising, compared with the abysmal situation in India, where it’s 21% and falling.


Bangladesh has an opportunity to use the IMF program to “initiate a round of house-cleaning,” Ahsan H. Mansur, executive director of Dhaka-based Policy Research Institute, told Bloomberg News. It should grab the chance. But as it does that, perhaps the biggest lesson policy makers can draw from their neighbor is to not throw away seeds of broad-based wage growth and prosperity.


Leaving the club of the world’s poorest nations on the back of a 1,000-fold jump in its textile exports since the mid-1980s is a stellar feat. Now comes the hard part. To get to an upper-middle-income status, the average Bangladeshi has to earn 60% more. That will require credit for industry and infrastructure. But the financial system is underdeveloped: Publicly traded banks’ 14 trillion taka ($150 billion) in assets are equivalent to only about 40% of gross domestic product. Worse, about 40% of banking assets are earning returns of less than 0.5%, suggesting misallocation of capital. India left this problem unattended for far too long. Bangladesh shouldn’t repeat the mistake. 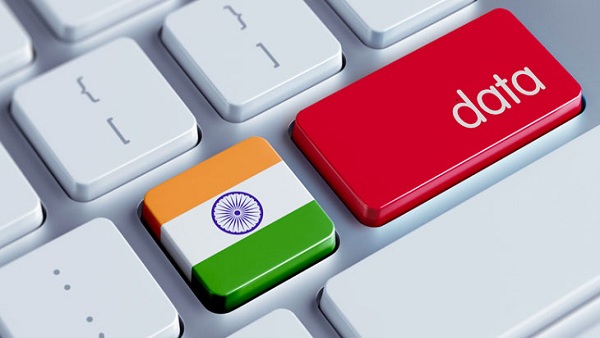