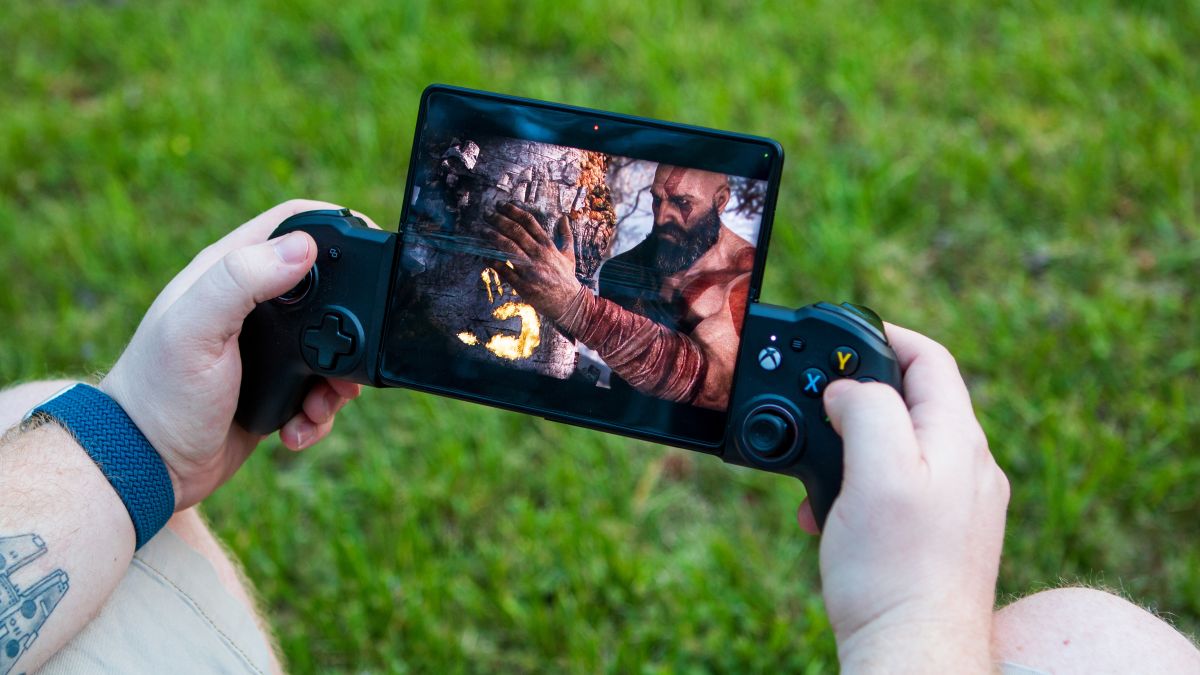 Ad P
Foldables are quickly becoming a larger share of the mobile phone market, and the size of their screens makes them excellent for gaming. Though built-in touch controls may be difficult to use depending on the game, what works best is a good mobile controller paired up with the likes of the Samsung Galaxy Z Fold 4.

It may be a large phone, but there are still several wonderful options out there when looking for a controller to use with it.

The Samsung Galaxy Z Fold 4 has a 6.2-inch and 7.6-inch screen diagonal when folded and unfolded, respectively. Its full length, whether folded or unfolded, reaches 6.11-inches, and that’s the important number to take into account when trying to find a mobile controller that supports it.

You’ll find plenty of the best Android controllers use either USB-C or Bluetooth connections. When it comes to finding the best for the Galaxy Z Fold 4, it’ll almost always be Bluetooth.

The best controllers for your Samsung Galaxy Z Fold 4

The MG-X Pro has quickly found itself near the top of almost every mobile controller roundup for good reason; it sports a near-perfect built with textured grips that mimic traditional console controllers. With a secure spring-loaded fit and a Bluetooth connection, it’s almost like it was designed for the Galaxy Z Fold 4.

After testing out PowerA’s Moga XP7-X Plus, we found it to be an excellent mobile controller with a similar build to the MG-X Pro. Where it differs is that it comes with a small tabletop stand that can be used to prop up the phone, should you prefer to play games that way. If not, its body can still stretch to fit the Z Fold 4 like any other phone.

The Gamesir X2 Bluetooth removes the traditional controller grip design for one that more closely resembles the Joy-Cons on the Nintendo Switch. Though we think the thumbsticks are a little too small for their own good, the package includes thumbstick grips that all but sort out that issue. With a solid Bluetooth connection, it’s another great option for the Z Fold 4.

If you already have a PS5, then you have one of the best controllers lying around somewhere in your home. Despite being designed for console, it makes a great mobile controller as well, and it works with any Android system running Android 12 or later. You’ll probably want to get a stand for your Galaxy Z Fold 4 while using the DualSense, but it’s a small concession.

For Xbox users out there, it doesn’t get better than the Xbox Series X Core controller. Its concave, eight-directional D-pad works well for platformers, and its textured thumbsticks ensure that you can use it for hours on end without any issues. Like the DualSense, you’ll probably want to get a separate phone stand if you choose to use this controller for the Z Fold 4.

SUPCASE already makes some of the best smartphone accessories in the business, and that includes the portable stand. It fits devices ranging from 4 to 13-inches, and can adjust up to 270-degrees depending on how you want to view the screen. Considering it’s compatible with such a wide range of devices, it’s easy to recommend for the Z Fold 4. Even if you don’t use it for gaming, it’s pretty useful.

Most mobile controllers aren’t designed with foldables in mind

Foldable smartphones are still relatively new to the scene, and while more companies are making them for consumers, accessories aren’t always being designed with foldables in mind. Likewise, foldables aren’t designed with controllers in mind, and that can make for some awkward use cases with mobile controllers that are technically compatible.

Take the Razer Kishi V2 for instance: Because of its USB-C connection, and the fact that the USB-C port on the Galaxy Z Fold 4 is on the right side, using it would mean that you’re essentially playing with the entire bottom half of the phone hanging out of the controller. This is similar to GameSir’s USB-C controller models, though thankfully, the X2 Bluetooth doesn’t have that same issue.

When it comes to controllers for the Galaxy Z Fold 4, you can’t go wrong with the Nacon MG-X Pro or the PowerA Moga XP7-X Plus. We’ve spent quite a while with both controllers, and found them to be some of the best around. They also just so happen to support Bluetooth connections, and have a wide enough build to fit the Z Fold 4.

Keep in mind that not all mobile games will feature controller support, but for those that do, it’s well worth the money to invest in one.