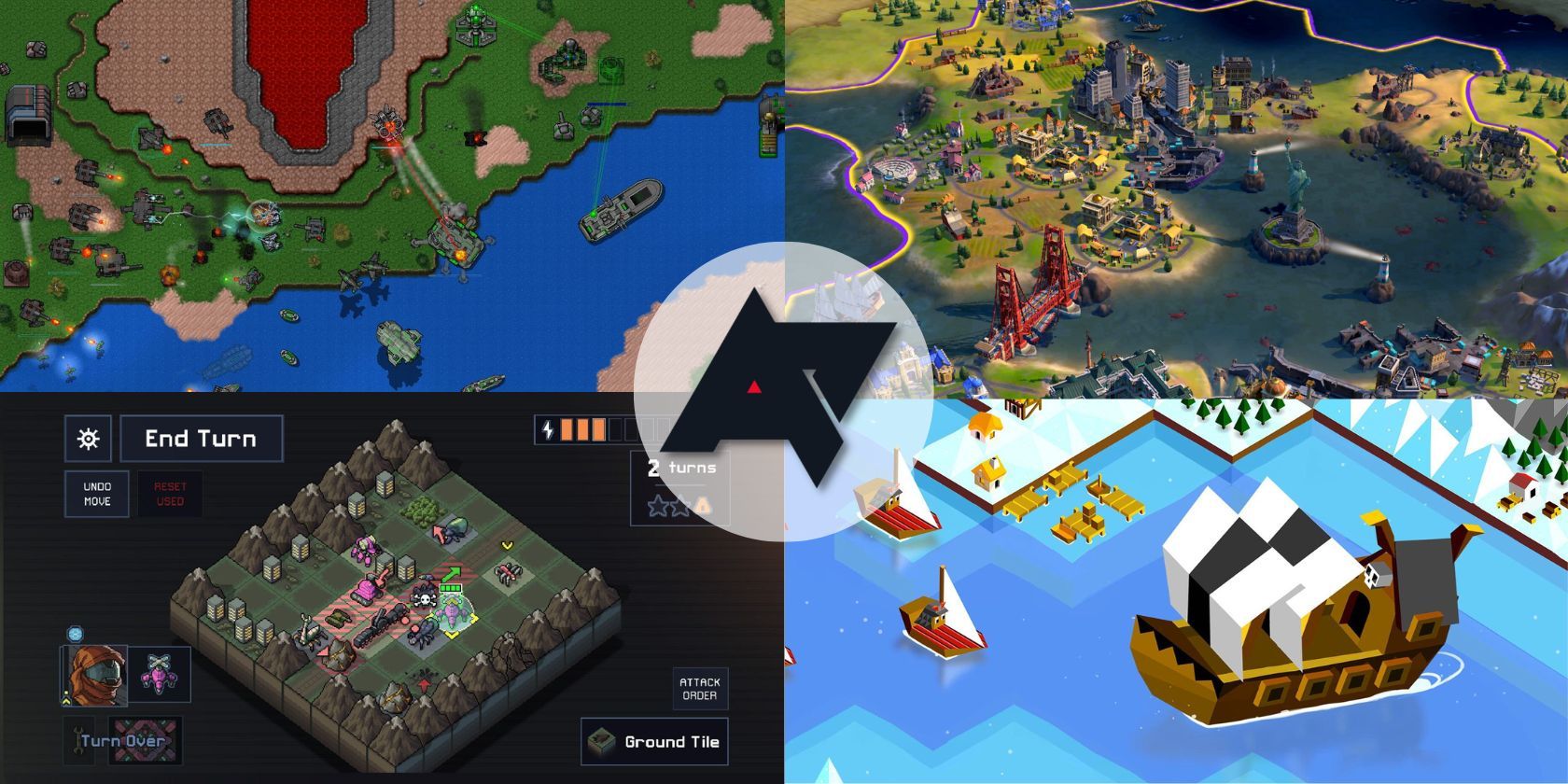 Ad P
Strategy games can take many forms, from fast-paced RTS matches to measured turn-based games. However, you don’t need to limit yourself to one sub-genre to enjoy the best Android strategy games.

We’ve collected a list of the best strategy games available for mobile. From established franchises like Civilization to indie gems like Bad North, there’s a brilliant strategy game for every player. These are some of the best Android games guaranteed to keep your strategic gaming skills sharp.

The Civilization name needs no introduction; the venerable franchise has won the hearts of strategy lovers for decades, and now it’s on mobile. It’s the same experience you can expect on a desktop, but with enough UI tweaks to make it comfortable to play (Although we recommend playing it on an Android tablet for the best experience).

Civilization VI puts you in command of a civilization of your choosing, from England to the Huns. You’ll have to shepherd them through history, defeating rivals, researching technology, and spreading your religion. It’s a fantastic experience that’ll suck you in for hours at a time. Just note that older devices may encounter performance issues late game.

Into the Breach is a roguelike puzzle game that puts you in command of three mechs to save humanity. You’ll battle the Vek, giant alien monsters set on destroying you and the human cities you’re protecting. Each battle is split into turns, where you can take as long as you want to maneuver your mechs into the optimal positions. Clever positioning will trap the Vek into attacking each other or burning alive, where a mistake can have catastrophic consequences for your game.

Into the Breach is one of the finest turn-based strategy games available for mobile, but as a Netflix exclusive, you’ll need a subscription to play. Our Netflix Games guide will get you up to speed if you’re unfamiliar with the service.

Another fantastic indie roguelike, Bad North pits your men against waves of fierce Vikings, set on watering the ground with their blood. You’ll give your soldiers general orders, but they’ll respond intuitively. This clever AI allows you to avoid micro-managing and focus on the larger battle. Like Into the Breach, one wrong move can cost you the battle and send you back to the start, so plan carefully.

Bad North is also a visual masterpiece. Fetching cliffs and flowers decorate each procedurally generated island; take a moment to admire the view before the ground is stained red.

The Battle of Polytopia

Love Civilization VI but want something a little more relaxed? The Battle of Polytopia has you covered. This isometric strategy game might look quaint, but it’s got everything the more popular 4X games offer. Once you’ve picked your tribe, you’ll engage in warfare, diplomacy, and espionage to achieve victory. There are three ways to achieve success, and each requires an entirely different strategy.

The Battle of Polytopia is the most accessible 4X strategy game available for mobile, but it’ll take some time before you master the game. It’s complex, rewarding, and a must-play.

Once a titan of the online flash game world, the Bloons franchise has shifted seamlessly to mobile. Bloons TD 6 is the latest entry and is easily the best. It’s a reasonably simple tower defense game at its core; place monkeys to defend against enemies, which are sent out in several waves. The monkey vs. balloon concept might seem silly, but you’ll need to practice with every tool at your disposal to win.

Bloons TD 6 has a colossal amount of game modes and maps to play; while the standard game mode will keep you occupied for hours, try one of the more challenging modes to see just how well you know your balloons.

Total War Medieval II is one of the finest games in the Total War genre, and its Android port is a perfect version of the classic game. While you can expect the same content from the desktop version, the UI has been completely overhauled for mobile. It takes a little time to get used to the touchscreen to control massive armies, but it’s intuitive enough that you’ll win battles in no time.

Northgard follows the 4X formula but is trimmed into a smaller RTS package. You’ll grow your economy, research technology, and defeat rivals, but unlike Civilization VI, games of Northgard won’t take longer than an hour or two. It’s perfect for people who love a complex strategy game but don’t have the time to sit down for hours.

The RTS format of Northgard keeps the action flowing, but don’t worry about getting overwhelmed. Straightforward gameplay means you are leading your group of Nordic marauders to victory in no time.

Rusted Warfare is a fully-fledged RTS game that runs beautifully on mobile. Inspired by the RTS games of the 90s, Rusted Warfare gives you access to a staggering amount of units to control, from tiny tanks to massive battleships. While the graphics look dated, this is intentional to help evoke the nostalgic feel of games like Total Annihilation.

The chaotic battles may seem overwhelming initially, but Rusted Warfare is surprisingly easy to pick up and play. The touchscreen controls make it easy to send groups of units off to battle, and the limited number of buildings helps keep your production lines organized.

Engage your brain with a strategy game

These strategy games are sure to test your planning skills. Whether you’re playing against the tricky AI of Into the Breach or challenging a friend to a game of Rusted Warfare, these games cover all aspects of the genre. However, you may want to relax with a good story, so try one of the best RPGs for Android once you’re tired of winning matches.