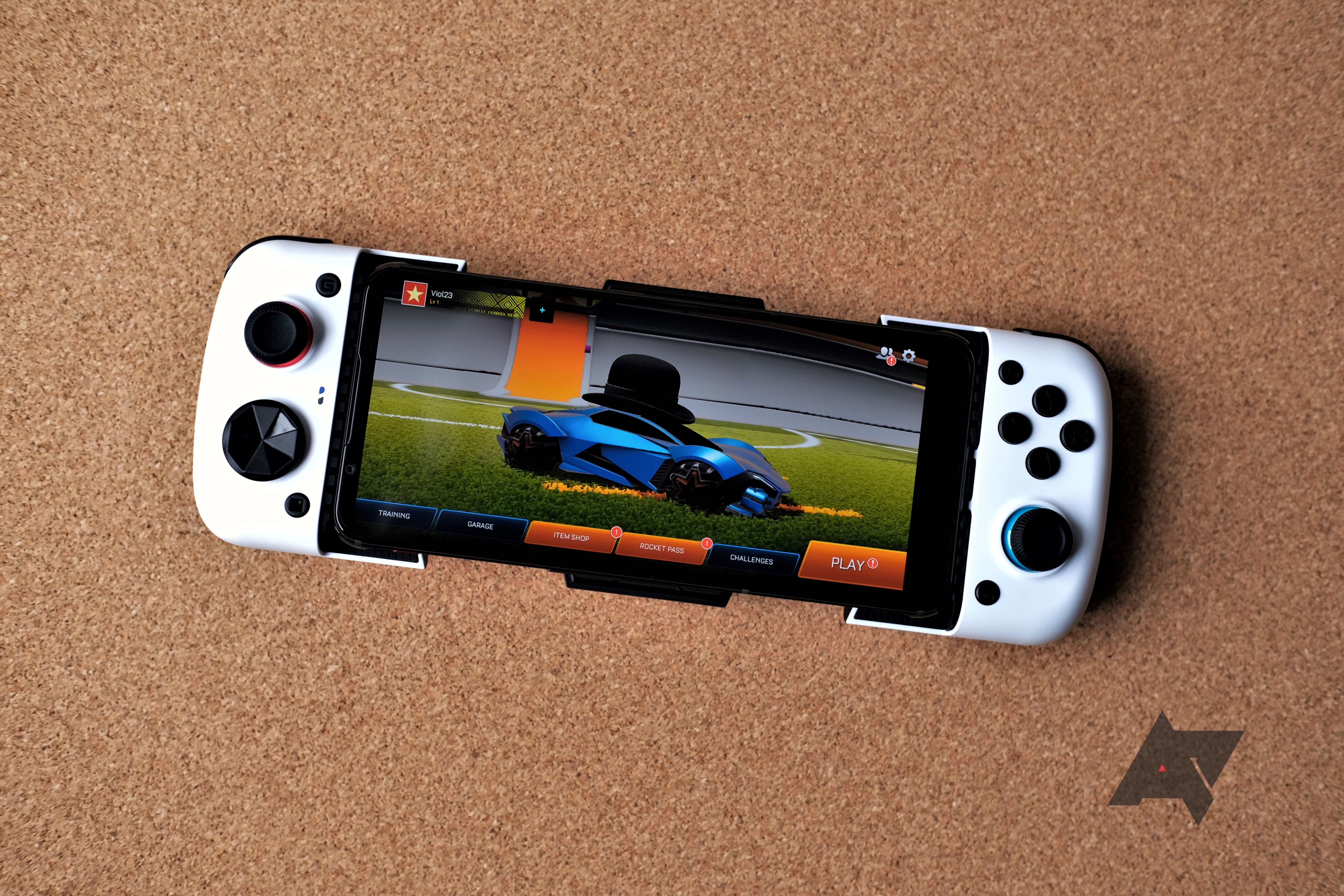 Side-by-side controllers that you can slap your phone into have been all the rage ever since Gamevice made waves with its iOS controllers for iPhones and iPads back in the 2010s. Soon after that, Gamevice partnered with Razer to create and launch the Razer Kishi, which now offers a successful follow-up that looks a heck of a lot like the Backbone, another iOS-specific side-by-side controller (coming to Android this winter).


The market is hot for such peripherals, and lesser-known manufacturers like GameSir have found a niche with similar designs that target the mobile market. The GameSir X2 is the standout, which is how an all-new controller that comes with active cooling comes to fruition, known as the GameSir X3. Well, seeing that we’ve spent a good amount of time with similar controllers for our buyer’s guide, it’s time put the X3 through its paces to see how it stacks up to the competition.

Right off the bat, you’ll notice that the GameSir X3 is a large controller. Sure, the footprint pretty much remains the same compared to the X2, but now that there’s a fan built into the center of the device, it’s much thicker, though this provides plenty of room for the shoulder triggers. Still, if you enjoyed the design of the X2 and its support for a wide range of phones, no matter how large, you may enjoy the X3, which adds the benefit of a cooling fan.


We especially appreciate that the centered USB-C offers the ability to angle up and down so that you can easily slide larger phones onto the USB. This also helps with removal without having to worry that you may bend or break the USB-C. Competing devices don’t offer this feature, and while it’s rarely mentioned, it’s a great feature that’s core to the design.

Feel is incredibly important when it comes to a gaming controller, how the buttons feel, whether the thumbsticks are full size, and the general weight and comfortableness for extended sessions while holding the controller in your hands. These things are important, but everyone’s preferences will be different.

The large-and-in-charge GameSir X3 hits a nice middle ground. Sure, it’s certainly heavier than the X2, thanks to the fan in the middle, but this means the controller is thicker, too, providing more room for your middle and pointer fingers to rest on the shoulder buttons and triggers. This is accentuated by rounded corners and the slightly outwardly curved grips. The controller feels good in the hands, which is great if you’re using a large phone that adds more weight to the controller.


What’s really nice is that all the buttons offer Kailh switches, no membranes here. Each feels subsequently clicky, even the d-pad, which surprisingly works great with fighting games despite its small size. This problem continues with the thumbsticks, as they aren’t full-size but are more similar to the Nintendo Switches sticks. You can choose from concave or convex thumbstick caps, and you can swap the placement of the face buttons, whether you prefer an Xbox layout or the Nintendo Switch’s, which is a nice touch.

The layout mimics that of an Xbox controller, with off-center sticks, and the right stick is pretty low, which isn’t going to be great for large hands. You deal with this by dropping the palm of your right hand lower with your forefingers on the top shoulder buttons, similar to how you would hold a Nintendo Switch. So if you’re fine with the Switch, you’ll be fine here too.

Overall, the GameSir X3 is a reliable controller, thanks to the fact it connects to phones through USB-C. There’s no Bluetooth, so a wired connection is your only option, but this results in easy connections and low latency, perfect for competitive Android games but also complementary to streaming games, which adds its own latency.

Since the GameSir X3 offers an incredibly unique feature with a fan sitting in the middle of the controller, you may wonder if this helps with game performance. First, you’ll need to take off your phone’s case, as you’ll want the cooling pad touching the bare plastic of the phone’s rear. If this is something you’re willing to do each time you want to slap your phone into the X3, the fan keeps things running cooler. You hold stable frames for longer, especially in demanding games like Genshin Impact or Apex Legends Mobile. What’s odd is that there is an optional app, but you can’t adjust the fan speed, and it’s kind of loud. Not annoyingly loud, but you can hear it when it’s on.

If you choose to use the fan, you have to power it, and your phone doesn’t contain enough juice, so you will have to plug the fan into the center USB-C port. This only powers the fan, but there is also a second USB-C port on the bottom right that can pass through to power your phone. This way, you can power the fan and phone at the same time while retaining your phone’s connection to the controller over USB-C.

GameSir offers an app appropriately called GameSir. This is how you’ll update the firmware on GameSir products, and you can even create shortcuts to launch your games from a single app.

The app is also how you’ll update the software to recognize a change in button placement (remember, the face buttons can be swapped with one another).

Still, there’s no way to adjust the fan speed or turn off the flashy LEDs in the fan. This is odd, considering there is an app. Why doesn’t it offer these features?

The GameSir X3 Type-C Gamepad retails for $100 at most stores, including Amazon, which is up there for a mobile gaming controller. Still, it’s not that far off from the prices for similar designs from Razer and the like, as even the Kishi v2 retails for $100, and you don’t get a fan with that.

The pricing is fair for what you get, though some may scoff at spending this much just to play a few mobile games with a physical controller.

We’ve never been big on features like fans, but in this case, the GameSir X3 certainly delivers on its promise to keep things cool. After all, if the fan is on, it’s spinning at 7500 RPM, which is certainly audible, but it helps to keep your frames consistent.

So whether you’ll enjoy the GameSir X3 comes down to what’s important to you. If you’re trying to eke out the most performance from your phone that you can get, the GameSir X3 delivers in spades, but this means you’ll have to deal with extra bulk, weight, and noise. These trades may be perfectly acceptable to you. Plus, if you require more portability and don’t mind losing the fan, the X2 is a fine choice since it’s a similar design.