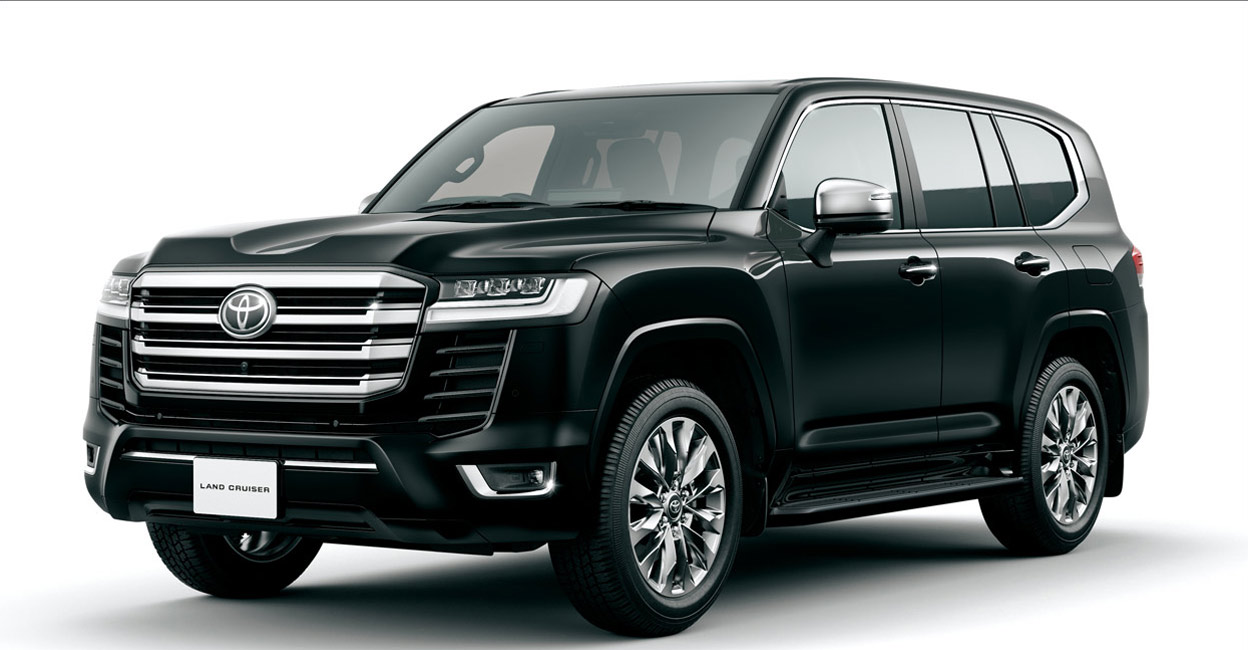 Bookings for the new Land Cruiser LC 300 have started in India. The all-new Land Cruiser, which has received a huge reception globally, has a booking amount of Rs 10 lakh in the country. In all likelihood those who book the vehicle will have to wait for almost a year.

The Toyota Land Cruiser 300 was launched in 2021. Auto enthusiasts have already bought this dream vehicle from abroad and brought it to India. Now Toyota is giving an opportunity to anyone to own a vehicle in India without any additional hurdles.

Cool features
In the new model, Toyota has taken care to include features that help people recognise that it is a Land Cruiser at a glance. The large grille with a Land Cruiser touch and head lamps give the vehicle an impressive look. The Land Cruiser 300 is available in a total of five colours in India.
Apple CarPlay and Android Auto are available on 12.3-inch or 9-inch touchscreens.

The LC 300 will also get JBL speakers. There are indications that the LC 300 models available in India are 5-seaters. Toyota has equipped the new vehicle with new features like 360-degree parking camera, electric adjustment on the steering wheel and fingerprint authentication.

Off-roader’s dream
The Toyota Land Cruiser 300 is offered in two engine options. It has a 3.5-litre twin-turbo petrol V6 engine and a 3.3-litre diesel V6 engine. Both the engines have a 10-speed automatic gearbox. Toyota will offer only diesel engine in India.

An off-roader’s dream vehicle, the new model of the Toyota Land Cruiser has a ground clearance of 230 mm. Along with four-wheel drive, Toyota’s multi-terrain select system is set to provide a new driving experience. The LC 300 has a camera attached even to the bottom of the vehicle. Toyota has also provided a new speed control system for off-road trips in this vehicle.

Four-year wait
Toyota’s latest flagship, the Land Cruiser 300, is in high demand globally. Earlier this year, news had surfaced that one would have to wait four years in Japan to get the Land Cruiser 300 after booking it. Even though the bookings are said to have started in India, the final price of the vehicle is still not announced. The expected price of Land Cruiser 300 will be around Rs 2 crore. Land Cruiser also offers a warranty of three years or up to one lakh kilometres.