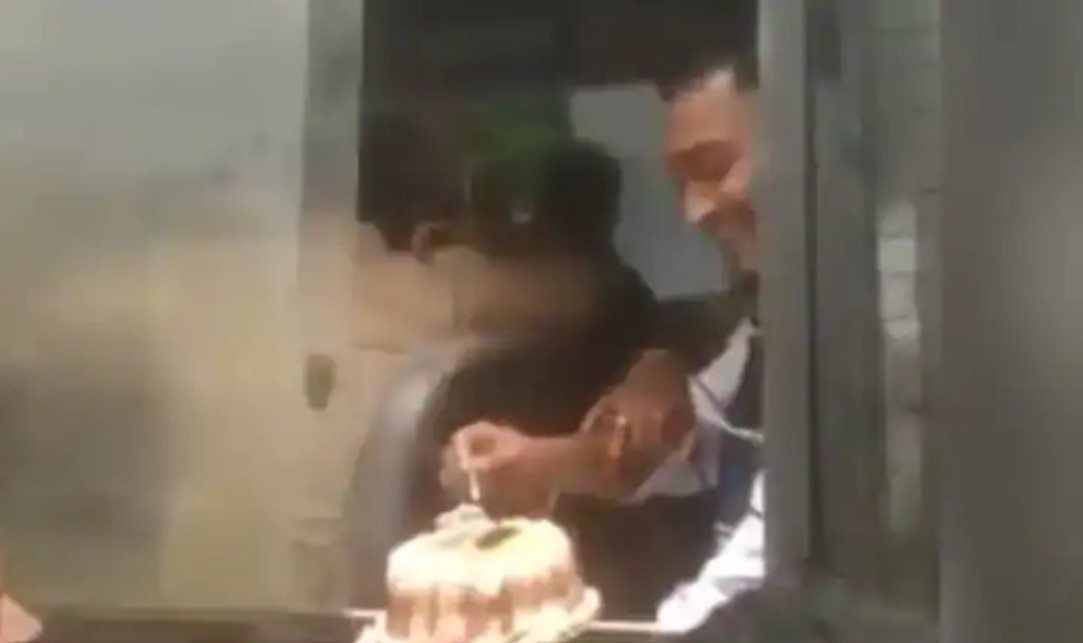 Kalyan: A video of an undertrial prisoner cutting birthday cake inside the police van when he was taken to session court in Maharashtra’s Thane district has surfaced on social media. Notably, Roshan Jha, who is a murder accused, said he celebrated his birthday by cutting a cake that his friends passed to him through the window of a police escort van stationed near the courthouse. As he cut the cake, his friends are seen cheering and hooting for him. After the video went viral, many questioned the work efficiency and ethics of the cops, following which the police has begin an inquiry.Also Read – Viral Video: Man Poses Like Bollywood Celeb In Front Of Paparazzi, But There’s a Hilarious Twist. Watch

According to a report by India Today, Roshan Jha is a gangster and is accused in several cases of murder, attempt to murder, extortion and more registered in different police stations in the district.  He is serving time Adharwadi jail of Kalyan in connection with a murder case.

the birthday celebration was allowed outside Kalyan Court and now departmental enquiry is initiated against the concerned cops on duty#viralvideo@Thane_R_Police pic.twitter.com/I3jPD5tBQA

“The police escort team that brought him to the court belonged to Thane Rural police. We are inquiring into the issue,” a  police official said.