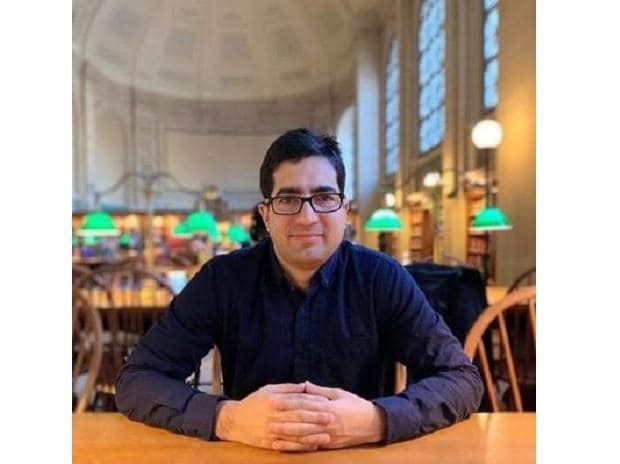 
The Central government has reinstated controversial IAS officer Shah Faesal and appointed him as Deputy Secretary in the Tourism Ministry.

The Department of Personnel and Training (DoPT) in its order issued two days ago appointed Faesal in the Union Tourism Ministry, a senior DoPT official told ANI.


The Centre’s move comes four months after it accepted Faesal’s application for withdrawing his resignation and reinstated him in the service in April.


Faesal, a 2010 batch IAS topper of erstwhile Jammu and Kashmir cadre, now AGMUT, had resigned from the services in January 2019 and joined politics, which he later quit in August 2020.


Faesal floated the Jammu and Kashmir People’s Movement (JKPM) party soon after submitting his resignation. He was detained under the stringent Public Safety Act immediately after the abrogation of special status of the erstwhile state of Jammu and Kashmir.


However, after his release, the doctor-turned-bureaucrat gave up politics and started dropping hints of his willingness to rejoin government service. His resignation had not been accepted.


On 27 April, Faesal, taking to Twitter, expressed that his idealism had let him down. “8 months of my life (Jan 2019-Aug 2019) created so much baggage that I was almost finished. While chasing a chimera, I lost almost everything that I had built over the years. Job. Friends. Reputation. Public goodwill. But I never lost hope. My idealism had let me down,” he had tweeted.


The eight months he mentioned in his tweet was the period after his resignation, which he spent launching his party.


Faesal is the first UPSC topper from Jammu and Kashmir. He came into the limelight for the first time after topping the Civil Service Exam.