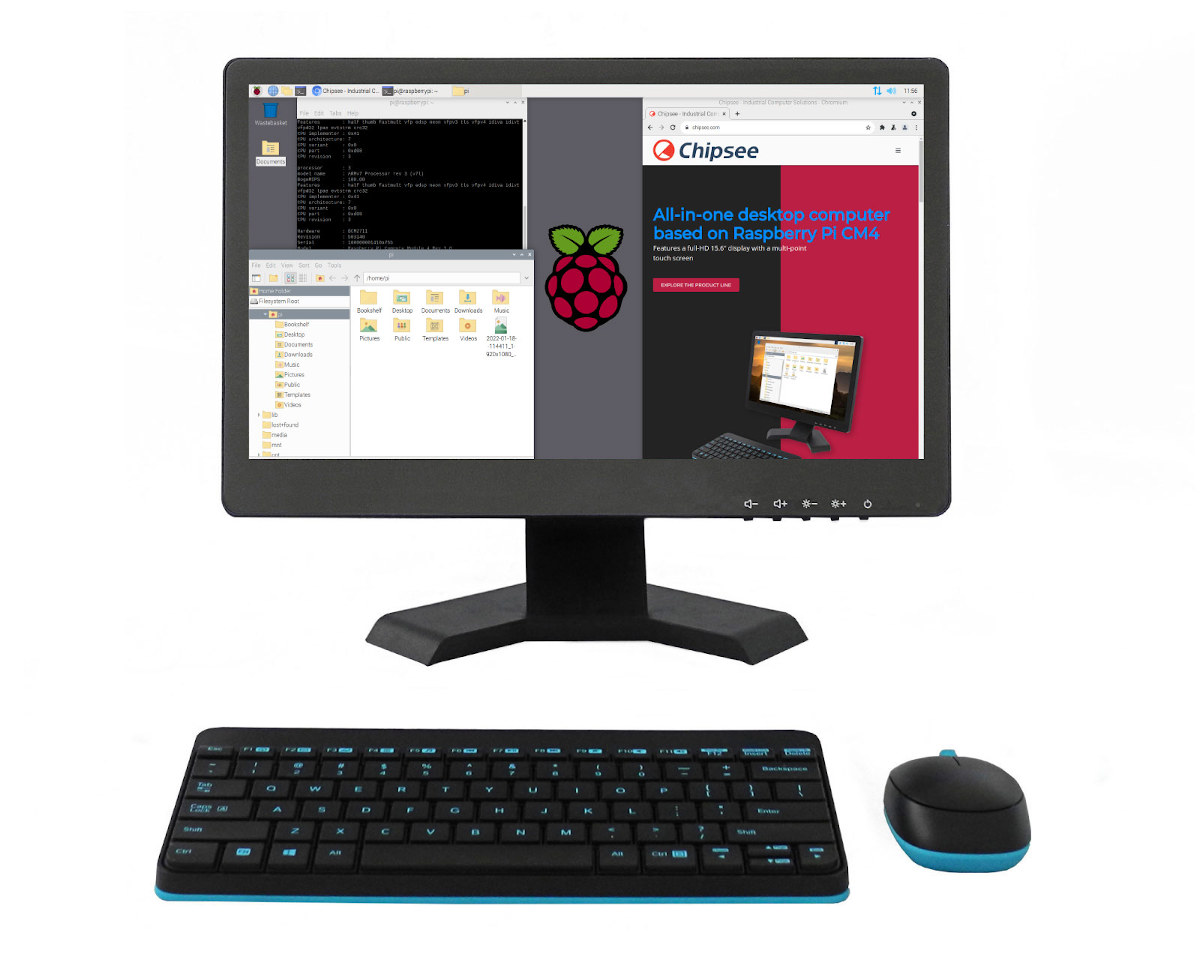 Ad P
Chipsee AIO-CM4-156 is an industrial All-in-One computer powered by a Raspberry Pi CM4 module and equipped with a 15.6-inch capacitive touchscreen display with 1920×1080 resolution.

The new panel PC builds upon the earlier AIO-CM4-101 model with a 10.1-inch touchscreen display and besides the larger and higher resolution 15.6-inch Full HD display, it also adds support for an optional 250GB Sandisk NVMe SSD and a 2mm protective “armoplated” Glass. Since as far as I know, “armoplated” is not a word, they may refer to armored/toughened glass instead. 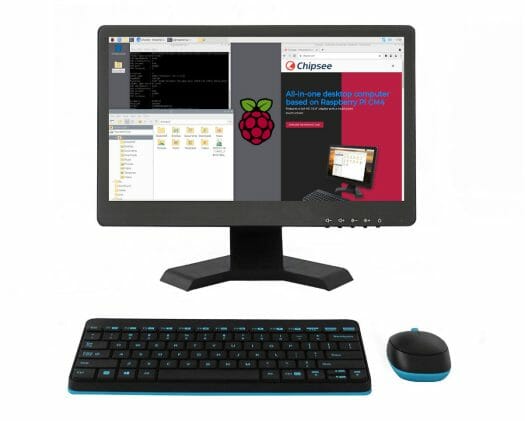 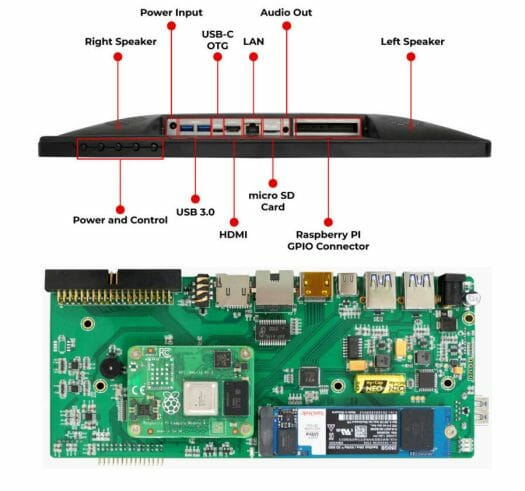 The company has also made some other hardware changes including the addition of an HDMI output port, USB ports are now version 3.0 instead of 2.0, and instead of using proprietary I/O headers, they just went with the traditional 40-pin Raspberry Pi GPIO header that enables the use of Raspberry Pi HAT expansion boards. Chipsee says the all-in-one computer is fully compatible with Raspberry Pi OS (Debian), and also lists Ubuntu and Android 11, but most operating systems for Raspberry Pi should work as well. More technical details can be found on the documentation website.

I was only informed about the computer today, but it’s been around for a while having been announced in July 2021.

Chipsee AIO-CM4-156 industrial All-in-One computer can be purchased on the company’s online store as well as Mouser for $364 and up. Note that the price is without the capactive touch function, but includes a Raspberry Pi CM4 Lite module with 2GB RAM, WiFi & Bluetooth, and the OS options are rather odd: Debian 10 or Android 11. There’s also an option to get a CM4 with a 16GB eMMC flash for $5 more, while the 250GB Sandisk NVMe SSD adds $60, and so is the capacitive touchscreen.

Thanks to theguyuk for the tip.

Jean-Luc started CNX Software in 2010 as a part-time endeavor, before quitting his job as a software engineering manager, and starting to write daily news, and reviews full time later in 2011.