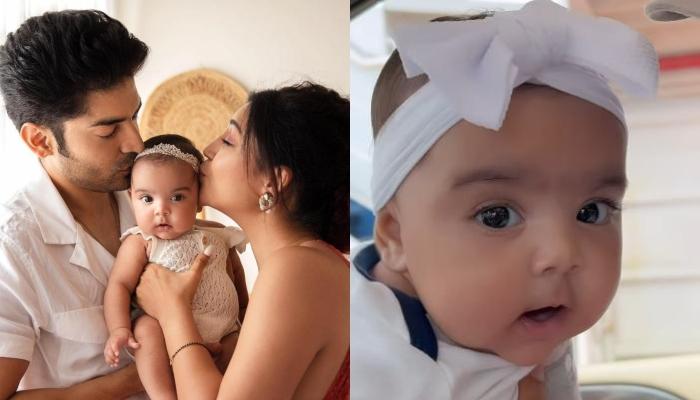 Television stars, Debina Bonnerjee and Gurmeet Choudhary have embraced parenthood for the first time with the arrival of their daughter on April 3, 2022. The adored couple has lovingly named their munchkin, Lianna Choudhary. Unlike others, Debina’s pregnancy wasn’t an easy one, and the couple had gone through a lot in more than five years before finally welcoming their daughter into their lives. Undoubtedly, since Lianna’s birth, the doting parents have been cherishing every moment of their parenthood phase. Glimpses of the same are found on their respective IG handles.

On June 19, 2022, Debina Bonnerjee had taken to her Instagram handle to share a heart-melting post for her darling hubby, Gurmeet Choudhary’s first Father’s Day. In the picture, we could see Debina holding their daughter, Lianna in her arms, while Gurmeet was spotted in the blurred background. Alongside it, Debina mentioned that Gurmeet has been protecting the mother-daughter duo like a shadow and had penned:

“Happy #fathersday @guruchoudhary. To your first as a father… for being like our shadow to always keeping a protective eye on us … for having our back. To the freshest #daddy on the block.” A few hours ago, Debina Bonnerjee took to her IG handle and shared an aww-dorable picture with her baby girl, Lianna Choudhary. In the picture, the actress was seen carrying her daughter in her arms who cutely posed for the lens. The picture was from their first family photo shoot. Debina looked gorgeous in a red dress. On the other hand, her baby girl was wearing a white frock paired with a lace hairband. Sharing the picture, Debina gave a cute name to Lianna and mentioned that she can look at her face like this forever. She wrote:

“I can keep looking at your face … Aaand you are already looking at the camera … my little tweety bird.” 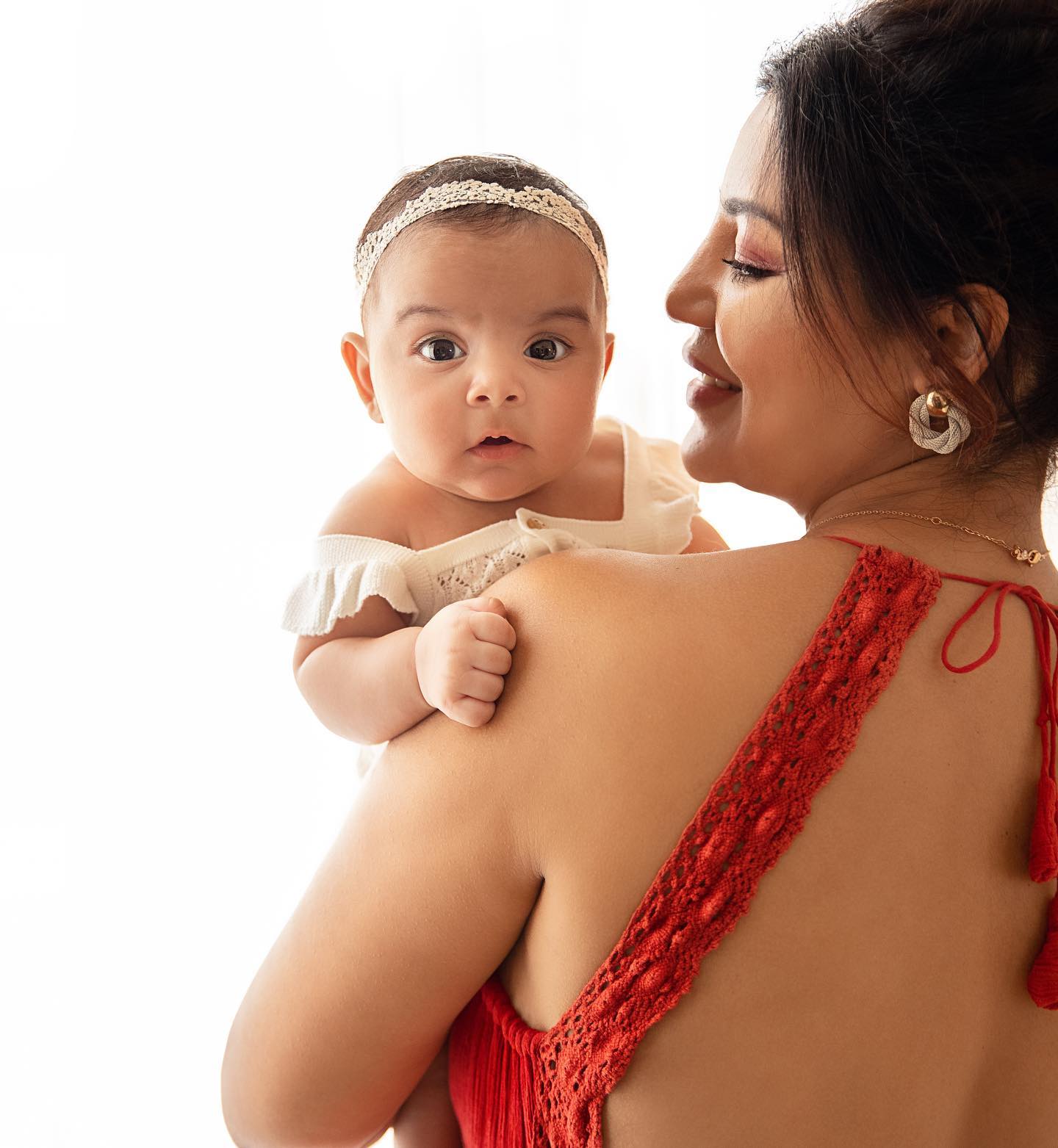 Ever since Lianna’s birth, the doting parents had kept her face hidden from the media glares, until on July 3, 2022, when they finally revealed it. They took to their respective IG handles and in a collaborative post, they shared an adorable picture with their daughter, Lianna revealing her face to their massive fanbase. Lianna had looked adorable in a crochet dress, and her parents were seen planting kisses on her head. Along with the picture, her doting parents had penned:

“Introducing lianna… our heart united into one. Our hearts are so full – knowing that we are part of a beautiful community of such genuine people.. who prayed for her and waited and longed to see her face.”

Recommended Read: Janhvi Kapoor On Her Inferiority Complex, Says People Judge Her For Being Sridevi-Boney’s Daughter On July 17, 2022, Debina and Gurmeet’s baby girl, Lianna had gone to the mall with her parents for the first time. The doting mommy took to her IG handle and shared a cutesy picture of her little munchkin while she was enjoying her first outing. In the picture, Lianna looked super cute in a pink-coloured onesie paired with a matching headband. However, it was Lianna’s million-dollar smile that was enough to swoon our hearts. Sharing the picture, atop it, Debina had written:

“Today was her first day in a mall… superrr happy.” Isn’t Lianna the cutest celeb kid? What do you think?