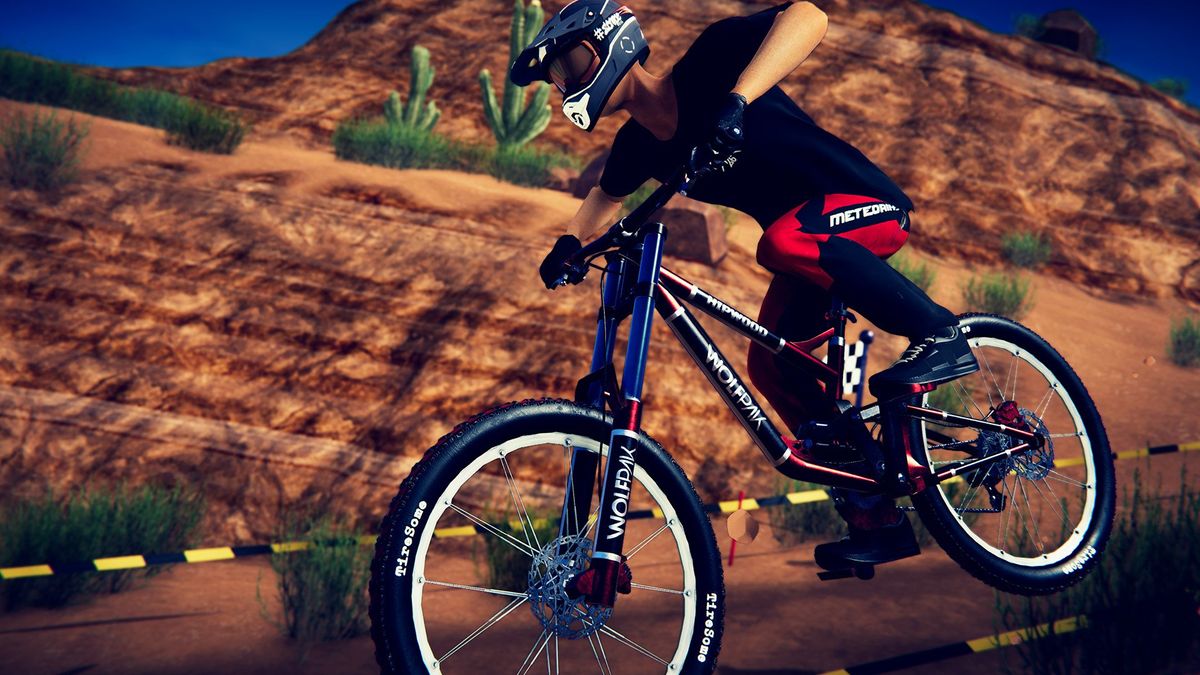 Ad P
Descenders meshes roguelike, arcade-style structure with BMX downhill stunt racing, to largely mixed results. There’s no arguing that it’s incredibly fun to barrel down a hill at 50-60 miles per hour, but when that thrilling sense of speed comes buried under shaky controls and high-risk gameplay that yields minimal reward, it can be hard to start another run.

So much of my time with Descenders, I felt like I was fighting it. First, the game crashed right before I could start the tutorial, which the game registered as me completing it. That meant that in order to learn how to play the game, I needed to go deep into its menus to find a way to reset the tutorial.

Next, I encountered issues with my go-to mobile controller, the Switch Pro controller. Thankfully, I had my Xbox Series X controller nearby and that worked just fine. That said, if I didn’t have a good controller for Android supported by Descenders, I’d certainly have wrestled with it some more. Its touch screen controls aren’t terrible, but they’re certainly awkward.

Instead of pinning the two digital “sticks” to specific spots on the screen, the left and right sticks float around their respective sides of the screen based on where your thumbs are. This means that there’s almost no opportunity for nuanced, tightly-controlled play. In a game that emphasizes precise landings and complex tricks, nothing is worse than shoddy touch controls.

Once you find your balance, Descenders can be fun. Pulling off BMX tricks from a jump or ramp a-la Tony Hawk’s Pro Skater or Trials as you careen down a mountainside is exhilarating.

Unfortunately, Descenders isn’t always the best at communicating what constitutes a safe landing after a big trick or jump beyond a caution sign that gets blocked by your thumbs if you play with touch controls. It also doesn’t provide an option to reverse should you find yourself stuck, so mistakes take an unnecessarily high toll, especially when you start a run off with only four lives.

Where the best arcade and rogue-style games either lean into how fun it is to break them, or into some intense challenge, Descenders doesn’t go far enough in either direction. Sure, occasional power-ups and levels that restore health are welcome additions that make a run in Descenders’ main mode feel more like a run at a classic rogue-lite. However, there’s not enough opportunity or incentive to really crack open its systems.

Most other games like Descenders focus on tightly-designed, replayable levels that reward players for hitting a high score, and meeting specific goals to complete objectives or missions. Descenders, on the other hand, relies on procedurally-generated levels that can be fun or challenging, but can’t be replayed.

That’s Descenders’ greatest flaw: Between lackluster rewards and levels that can’t be replayed, there’s nothing bringing me back. Descenders would be a vastly better game if it leaned into giving players more tools to play around with its mechanics and concept, rather than half-heartedly leaning into the sim aspect.

I’m not asking it to lean into the cartoonish ridiculousness of something like a Mario sports game or What the Golf?, but it needs to embrace being a game more. It doesn’t need to go as far as allowing players to unlock rockets to attach to their sprockets, or a parachute to help ensure easier landings, but it should at least offer more frequent rewards to keep me invested.

Descenders isn’t a bad game. In fact, when its controls and UI aren’t interfering, it lays the framework for a great time. However, until it introduces better systems to reward players, I can’t see myself revisiting it many more times. And with a console version available on Xbox Game Pass for Android (or xCloud), I would sooner play it through the cloud for a better experience.