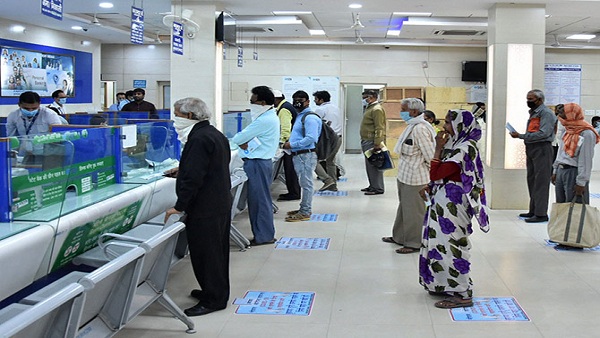 The Deposit Insurance and Credit Guarantee Corporation (DICGC) will be making payments to the eligible depositors of 17 cooperative banks, including eight from Maharashtra, in October. The Reserve Bank of India (RBI) had imposed several restrictions, including on withdrawals, by depositors of these 17 banks in July in view of their deteriorating financial positions. DICGC, a wholly-owned subsidiary of the RBI, provides an insurance cover of up to Rs 5 lakh on bank deposits.

Eligible depositors of Ramgarhia Co-operative Bank (New Delhi), Suri Friends Union Co-op Bank (Birbhum, Suri, West Bengal), and Durga Co-op Urban Bank (Vijayawada, Andhra Pradesh) too will be paid by the DICGC in October. The DICGC said the eligible depositors should support their claims by valid document/s of identity and written consent to receive the amount lying in credit of their deposit accounts subject to a maximum of Rs 5 lakh, along with alternate bank account details into which the said amount will be credited.

Depositors will be paid by credit to the alternate bank account specified by depositors, or on their consent, to their Aadhaar linked bank account, it said. Deposit insurance extended by the DICGC covers all commercial banks, including local area banks and regional rural banks as well as co-operative banks in all the states and UTs.

The entity has been extending insurance cover to depositors with the objective of maintaining the confidence of small depositors in the banking system of the country and promoting financial stability. The Deposit Insurance and Credit Guarantee Corporation (Amendment) Act, passed by Parliament in 2021, made significant changes in the landscape of deposit insurance in India.

The Corporation is liable to pay the insured deposit amount to depositors of an insured bank. Such liability may arise when an insured bank undergoes liquidation, reconstruction or any other arrangement under a scheme, and merger or acquisition by another bank.