Television actress, Charu Asopa and her estranged husband, Rajeev Sen tied the knot on June 7, 2019, in a grand wedding. The once madly-in-love couple embraced parenthood for the first time on November 1, 2021. Altogether, they were living a blissful life, until on June 7, 2022, when Charu sent a legal notice to her Rajeev to part ways amicably.

Since then, Charu Asopa and Rajeev Sen have been hitting the headlines with their blame games in the media. Though Charu kept silent, a while back she revealed that she had earlier patched up with Rajeev for herself and later did it for their daughter, Ziana. However, revealing the reason for their separation, Charu said that Rajeev has trust issues and she doesn’t want her daughter to grow up in a toxic environment.

Recommend Read: Janhvi Kapoor On Her Inferiority Complex, Says People Judge Her For Being Sridevi-Boney’s Daughter Now, on July 24, 2022, Charu Asopa’s mother, Neelam Asopa took an indirect dig at her kids for distancing themselves from her after a year of their marriage. For the unversed, Charu and her brother, Chetan Asopa and his wife, Monika, aren’t having a good relationship currently. In a video shared by Charu’s sister, Chintan Asopa, their mother talked about the relationship between today’s kids and their parents. Mentioning that maintaining good relationships with not only one’s partners but also with others are important, she said: 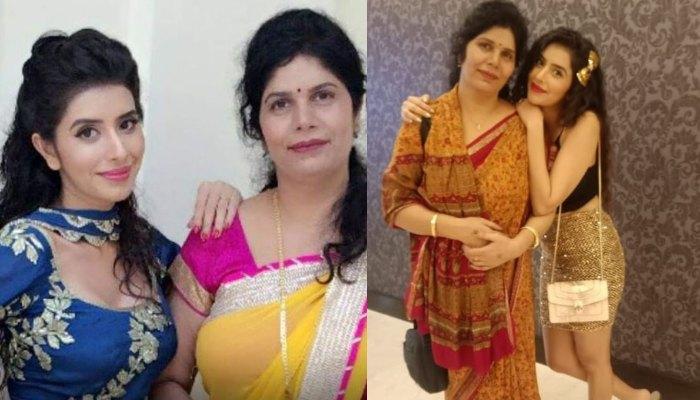 Further, in the same video, she said that if a person is maintaining only one relationship in their life, then they are a failure. She added that no one should break old ties for new ones. She added:

“Every relationship has its own value. You are a failure if you are only maintaining one relationship in life. If husband-wife laugh together, people think their life is full of positivity. But it is important how they are with others. You can’t break old ties for new ones. Shaadi ke ek saal baad hi, they distance themselves from their parents. Ram and Shravan jaise bete ab nahi rahe. Kids now want to be on their own.”

Also Read: Debina Bonnerjee Calls Her Daughter, Lianna ‘A Tweety Bird’ As The 3-Month-Old Poses For The Lens

As soon as Chintan Asopa shared the video on her YouTube channel, her brother-in-law, Rajeev Sen shared the video on his IG stories. Along with it, Rajeev mentioned atop it, “One of you bestest vlogs chintan”, and tagged his sister-in-law and mother-in-law. Soon, Charu’s mother, Neelam Asopa reshared his story and thanked her son-in-law. Check out: 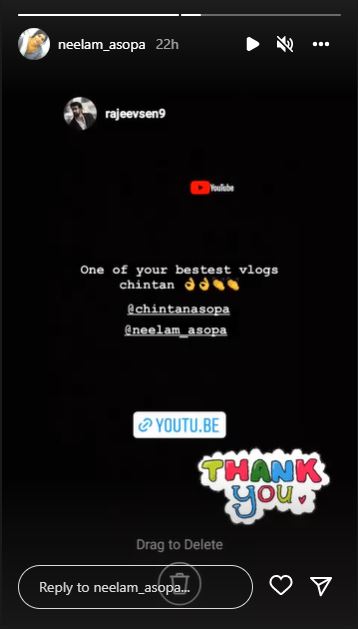 What do you think about Neelam’s thoughts? Do you think she talked about Charu and Chetan? Let us know!