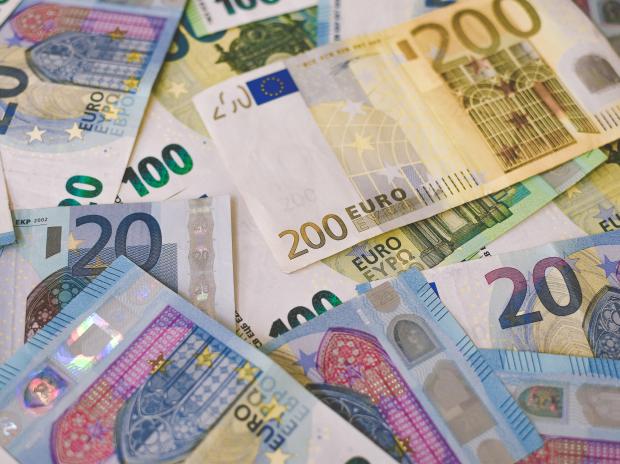 LONDON (Reuters) -The euro briefly fell back below parity against a robust dollar on Monday and was languishing at five-week lows, weighed down by concern that a three-day halt to European gas supplies later this month will exacerbate an energy crisis.


The dollar index, which measures the greenback against a basket of peers, hit new five-week highs as Federal Reserve officials reiterated an aggressive monetary tightening stance ahead of the Fed’s Jackson Hole symposium this week.


It was the euro that bore the brunt of the selling pressure against the dollar after Russia announced late on Friday a three-day halt to European gas supplies via the Nord Stream 1 pipeline at the end of this month.


“The euro’s fair value has been damaged by the energy shock – meaning that euro/dollar is not especially cheap even at these levels,” said Chris Turner, global head of markets at ING.


Bundesbank President Joachim Nagel told German newspaper Rheinischen Post that the German economy, among the most exposed to disruptions in Russian gas supply, is “likely” to suffer a recession over the winter if the energy crisis continues to deepen.


The U.S. dollar index, which measures the currency against six rivals including the euro, rose to 108.47 — its highest since July 15.


It gained 2.33% last week – its best weekly rally since April 2020 – amid a chorus of Fed policymakers stressing that more needs to be done to rein in decades-high inflation.


The latest was Richmond Fed President Thomas Barkin on Friday, saying the “urge” among central bankers was towards faster, front-loaded rate increases.


Money markets currently indicate 46.5% odds for another supersized 75 basis point rate hike at the Fed’s next meeting on Sept. 21


Economists in a Reuters poll lean toward a 50 basis-point increase with recession risks on the rise.


Benchmark 10-year U.S. Treasury yields briefly rose above 3% on Monday for the first time since July 21.


As yields came off their highs, the dollar edged down against the yen and was a touch lower on the day at 136.81 =ebs>


The dollar also rose as high as 6.8420 yuan in onshore trading for the first time since September, 2020 after the People’s Bank of China cut the one and five-year loan prime rates, as widely expected. That came after it eased other key borrowing benchmarks in a surprise move last week.