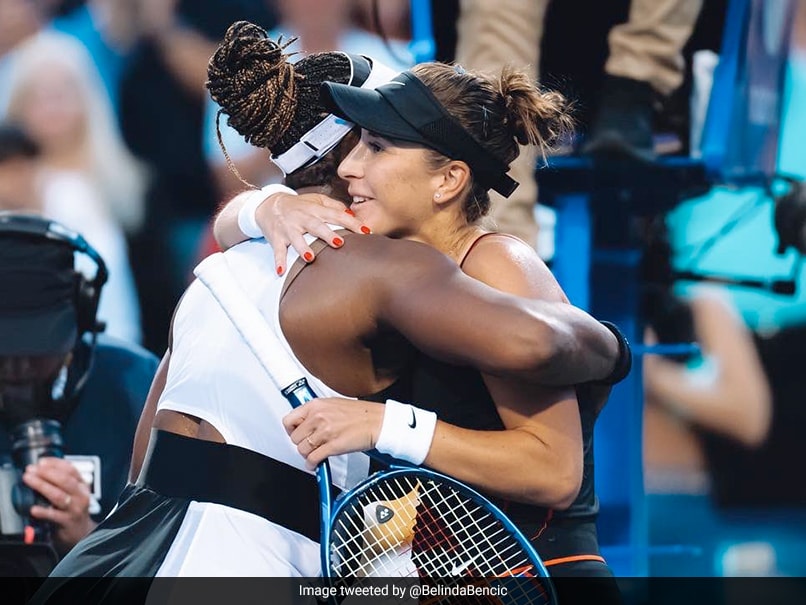 Ad P
Serena Williams may be in the home stretch of her career, but the 23-time Grand Slam champion’s aura remains, Switzerland’s Belinda Bencic said Wednesday. “You can feel her presence everywhere. She has that aura …whether you like it or not you are intimidated, you are scared,” said Bencic, who nevertheless managed to quell her emotions and beat Williams 6-2, 6-4 in the former world number one’s final match at the WTA Toronto Masters.

“I’m star-struck every time I see her, it’s so difficult to play her,” Bencic said. “I feel like I’m paralysed a little bit, just, like, watching her.”

Williams, who turns 41 next month, had beaten Spain’s Nuria Parrizas Diaz on Monday for her first singles victory since the 2021 French Open, 14 months ago.

She revealed in an essay in Vogue magazine and an Instagram post on Tuesday that “the countdown has begun” to her retirement from the sport.

She is expected to compete next week in Cincinnati and at the US Open later this month before turning her attention to new business pursuits and her family life.

“It was a really special match, the occasion was really big,” said Bencic, who won Olympic gold in Tokyo last year.

“It was more than just about tennis, it was really all about Serena and her career.”

She was an 18-year-old on the rise when she stunned the American in the semi-finals at Toronto seven years ago.

“It definitely felt very special to be able to be on court with her today again,” Bencic said. “I never imagined ever playing against her — and beating her twice now in Toronto.”

Wednesday’s victory, however, was bittersweet.

“Today is a little bit more sad in a way,” Bencic said. “I don’t really want her to retire.”