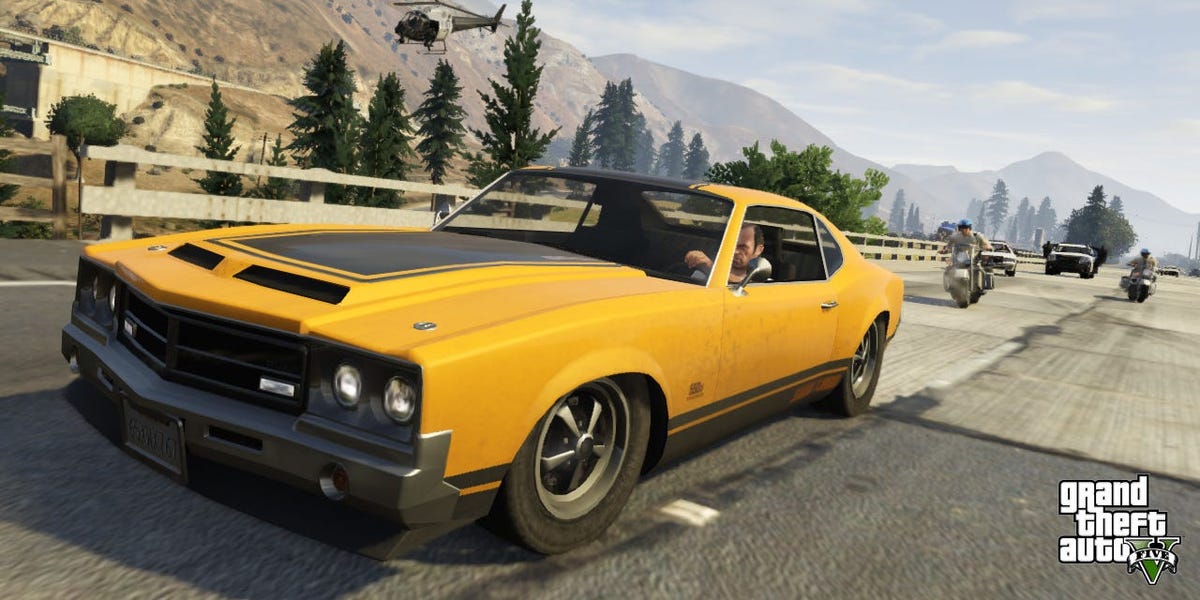 Grand Theft Auto has been around for a long time. Case in point, every GTA game still has cheat codes, a feature which has gone almost extinct in the last decade.

Cheat codes can make your GTA playthrough a cakewalk, or the hardest challenge you’ve ever faced. Do you struggle with weaving between cars while speeding through Los Santos? Now try it when gravity disappears, and your character is permanently drunk.

GTA 5 has dozens of cheat codes, and there are three ways to activate most of them, depending on how you play the game.

How to activate cheat codes in GTA 5

There are three distinct ways to activate cheat codes in Grand Theft Auto 5, and which one you use might depend on what system you play on.

First, you can activate cheats in every version of the game using your in-game cellphone. Open the cell phone by pressing Up on your controller’s D-pad, or the Up Arrow key on your keyboard. Then select Contacts and open the dialpad. You’ll type in all the cheat codes here.

If you’re playing on PC, you can also use the command console. Press the tilde key (~) on your keyboard to open the console, and type in your cheats.

And if you’re playing on Xbox or PlayStation, every cheat can be activated by quickly pressing the right buttons on your controller in the right order.

Quick tip: Most controller cheats include directional inputs. You’ll enter these using the D-pad, not the joysticks.

There are over two dozen unique cheat codes in Grand Theft Auto 5, and they can do anything from giving you new items to changing the laws of physics. They’ll last until you die, or until their time limit runs out.

Just note that you can’t use cheats while in a mission, or while playing GTA Online. Using cheats will also lock you out of earning achievements.

This cheat code will make you completely invincible for five minutes. You can get shot, blown up, thrown out of planes — nothing will leave a scratch. But once those five minutes are up, you’ll be back to normal. And it won’t save you from getting arrested.

If you want more of a challenge, you can boost your health and armor instead. This won’t keep you alive forever, but it’s great for taking on lots of enemies at once.

Unlock a full set of weapons with full ammo

If you’re low on firepower, check this cheat out. It’ll fill every slot of your inventory with weapons, and they’ll all have full ammunition.

Each of these abilities has a meter that you need to fill to use it. But with this cheat, you can immediately fill the meter at no cost.

Raise or lower your wanted level

Want the cops to come to you, instead of the other way around? Or maybe you just want the police to stop following you across Los Santos? Either way, you can use cheats to control your wanted level.

Every time you enter the code, it’ll raise or lower your wanted level by one star.

To raise your wanted level:

And to lower your wanted level:

If you’re having trouble lining up sniper shots, use the Bullet Time cheat to slow down time when you’re aiming. There are three levels of slowdown that you can cycle through by repeatedly activating the cheat.

The Bullet Time cheat only works when you’re aiming a gun. But if you want the world to slow down forever, you can use this cheat. And just like Bullet Time, there are three levels of slow-mo that you can cycle through.

Load your weapons with explosive ammo

There are cheats to unlock flaming bullets, explosive bullets, and explosive punches. As you might expect, these are great for causing havoc across Los Santos. Explosive bullets in particular can take down nearly any vehicle in one or two shots.

Run and swim at superhuman speed

You don’t need a vehicle to zoom around Grand Theft Auto’s map. With cheats, you can run and swim twice as fast as normal.

The Super Jump cheat lets you jump about two stories into the air, and you can hold the Jump button down to go even higher. You won’t take fall damage when you land, either.

Fall from the sky

This cheat will drop you out of the sky, as if you’d just jumped out of an airplane. You’ll start falling fast, so be prepared.

Quick tip: You can’t activate this cheat if you have Super Jump enabled.

If you’re planning on using the Skyfall cheat, you’ll either need invincibility or a parachute to survive. Use the cheat we listed above if you want invincibility, but if you just want a parachute, use this.

This cheat will send Los Santos to the moon, reducing the gravity for you, along with every car and NPC in the game. The effect is pretty subtle, and you might not notice a difference at first — until your car hits a ramp and you go floating off into space.

The weather in Los Santos can change pretty quickly. But if a sudden rainstorm is ruining your fun, you can end it in seconds.

This cheat will cycle through the weather patterns, going from clear, to cloudy, to smoggy, to overcast, to rainy, to a thunderstorm, to a light drizzle, to snowy, to extra sunny. Every time you activate the cheat, it’ll switch to the next weather state in the list.

If you think you’ve mastered driving in GTA 5, try enabling this cheat. It’ll make any car you drive slip and slide around as if you’re driving on ice.

You can get your character drunk naturally in GTA 5 by going to the bar. But if you don’t want to spend the money, you can use a cheat to instantly achieve drunkenness.

Cause a random explosion

Probably the most useless cheat in the game, the “Black Cellphone” code will spark an explosion in the air somewhere nearby. You can’t choose where the explosion occurs, and it’s not that big, so there’s not much you can do with this.

Unlike other cheats, you can only activate this one using the phone.

Although director mode is available in every version of GTA 5, only the PC version has cheat codes for it. If you’re playing on a PlayStation or Xbox, enter it by calling the “Acting Up” contact in your cell phone instead.

There are few things in GTA 5 more annoying than sprinting down the street, desperately trying to steal someone’s car, only for them to drive away at the last second.

Instead of scrounging for whatever car is nearby, use cheats to spawn your own vehicles.

To spawn a Comet Sports Car:

Finally, there are three vehicles that you’ll need to unlock in-game first before you can spawn them with cheats. You can only enter the cheats using your phone or the command console.

You’ll need to complete the Sea Plane sidequest to unlock this.

Complete the Wildlife Photography Challenge sidequest to unlock this one.

To spawn this muscle car, complete the Duel sidequest.

Tech Reporter for Insider Reviews
William Antonelli (he/she/they) is a writer, editor, and organizer based in New York City. As a founding member of the Reference team, he helped grow Tech Reference (now part of Insider Reviews) from humble beginnings into a juggernaut that attracts over 20 million visits a month.
Outside of Insider, his writing has appeared in publications like Polygon, The Outline, Kotaku, and more. He’s also a go-to source for tech analysis on channels like Newsy, Cheddar, and NewsNation.
You can find him on Twitter @DubsRewatcher, or reach him by email at [email protected].