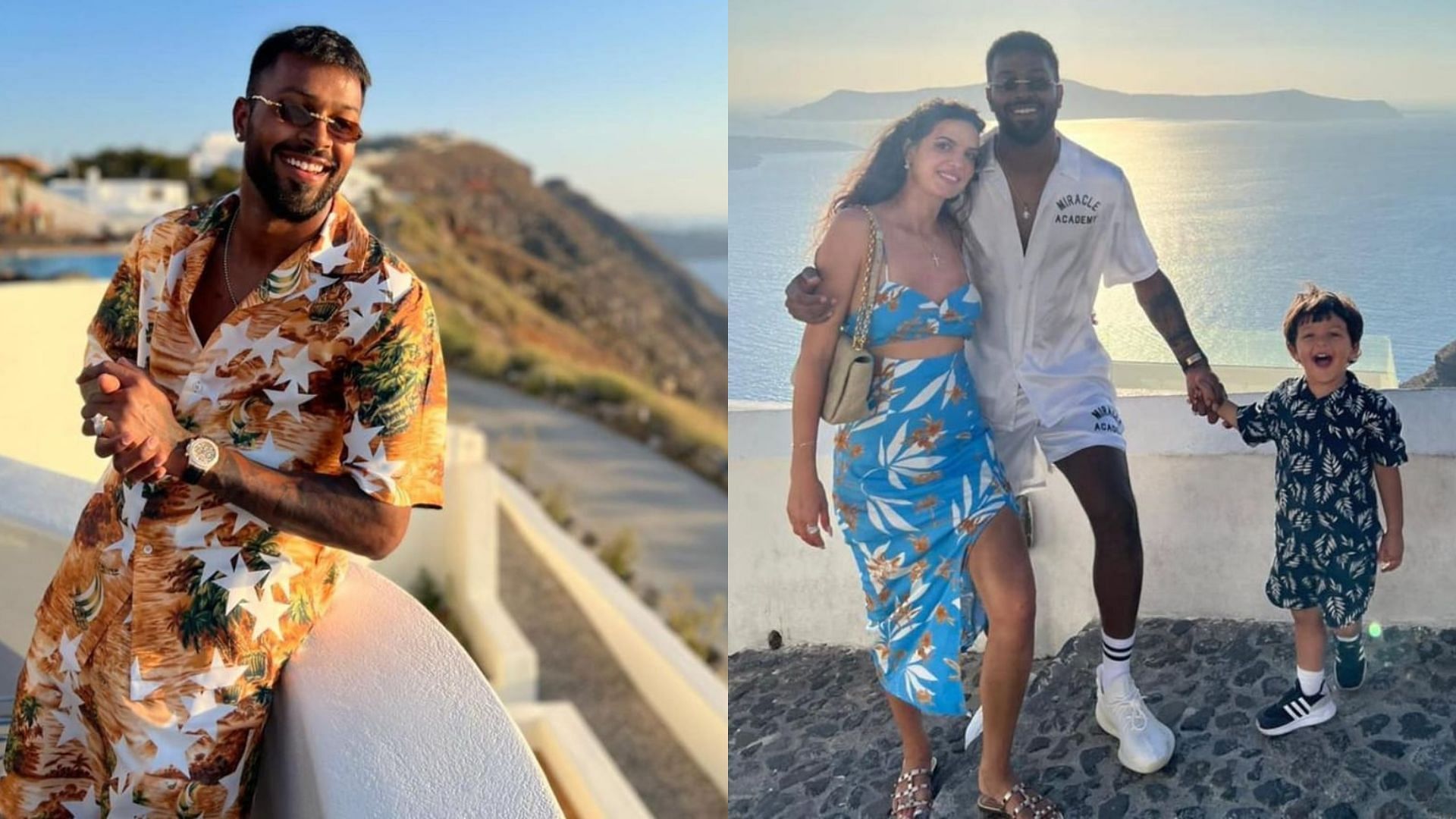 Ad P
Team India all-rounder Hardik Pandya has been quite vocal about the support offered by his family over the course of his cricketing career.

After several months on the field, the 28-year-old is currently on holiday with his wife Natasa and son Agastya on the island of Santorini, Greece. Pandya took to Instagram to share some adorable pictures of him spending some quality time in the beautiful sunset of Santorini.

“Once upon a time in Santorini 💙”

Hardik Pandya’s comeback has been nothing short of a fairytale

Hardik Pandya suffered a horrible back injury during the 2018 Asia Cup and had to undergo surgery. Though he eventually returned from the setback, there were constant fears of a relapse. This in turn led to him going into the 2021 T20 World Cup as a pure batter.

Questions were raised about his quality as a pure batter because he was unable to provide explosive finishes as he had done with ease previously. He was also not retained by the Mumbai Indians ahead of the 2022 Indian Premier League season.

However, the all-rounder wasn’t disheartened as he took time away from the game to work on his fitness. The hard yards he put in eventually bore fruit as he returned all guns blazing in this year’s IPL. Pandya contributed with both bat and ball as captain of the Gujarat Titans and led them to their maiden title win.

He also returned to the Indian team and captained the T20I side against Ireland. Pandya continued his upward rise by winning the ‘Player of the Series’ award in the T20Is against England.

He has also made it into their Asia Cup 2022 squad and will be eager to perform well as the Men in Blue gear up for the T20 World Cup later this year.

With two big tournaments in the Asia Cup and the T20 World Cup just around the corner, will Hardik Pandya prove to be India’s biggest match-winner? Let us know in the comments.