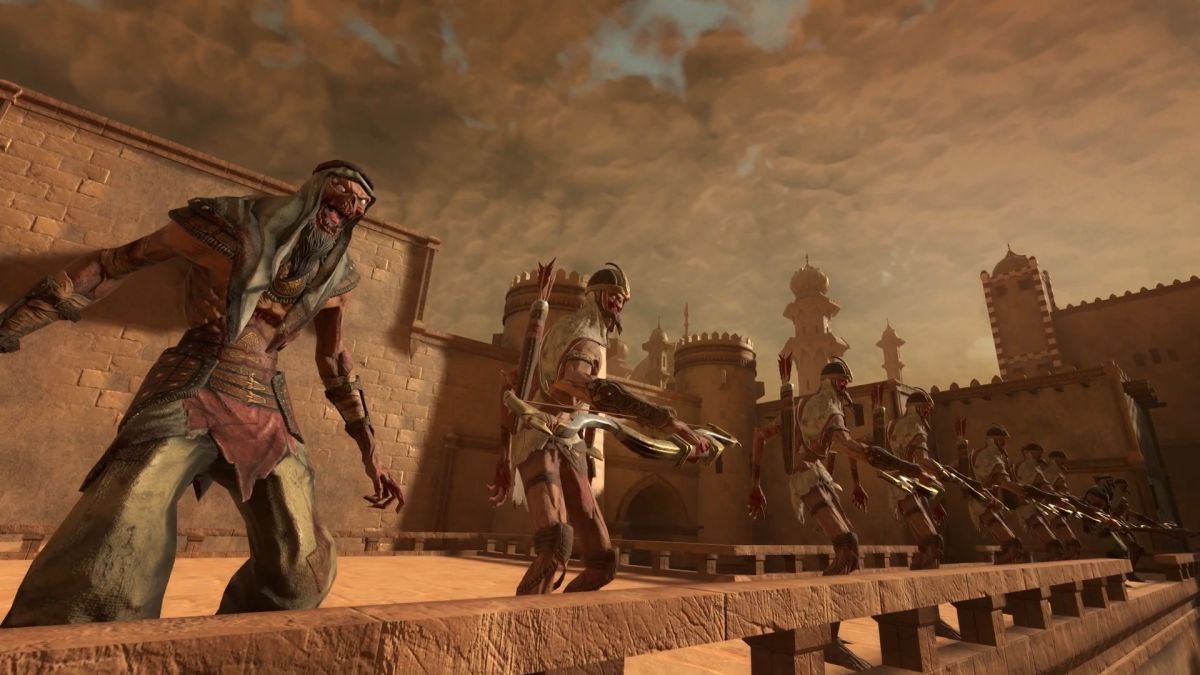 Fast Travel Games announced a new game based on the VR hack and slash title Everslaught with Everslaught Invasion coming to Oculus Quest 2. The interpretation of the action RPG, developed by MobX Games, takes place in the same universe as the original and will support two-player co-op.

Everslaught Invasion will feature three classes each with their own play styles and tools: Rogue, Vanguard, and Warrior. Players will be able to freely move around with a hookshot, gain new loot, and upgrade their skills in an in-depth progression system.

“We’ve used the original Everslaught universe to create a brand new co-op action game filled with satisfying combat and great replayability,” said Gihad Chbib, MobX Games founder. “While we can’t reveal everything just yet, we’re confident that fans of the original and new players alike will be thrilled with this interpretation.”

Everslaught Invasion is scheduled to launch in early 2023. The first Everslaught is still in Steam Early Access since last year, and is planned for an official release “towards the end of 2022.”

Fast Travel Games also revealed a new gameplay trailer for the upcoming sword-dueling game Broken Edge. The trailer below details the game’s class system, where each class has different stances and temporary perks with benefits dependent on the martial art being used. The multiplayer VR title was announced last June and will be coming to Meta Quest 2 and SteamVR headsets this November.

The Meta Quest 2 offers increased power, resolution, and flexibility over the original virtual headset. It is a complete, all-in-one headset that does not need to be tethered to a PC or smartphone in order to work.