The Federal Deposit Insurance Corporation (FDIC), an independent federal agency insuring deposits in U.S. banks in the event of bank failures, on Friday told American commercial banks to ensure that any crypto firms they partner with do not overstate the reach of deposit insurance. 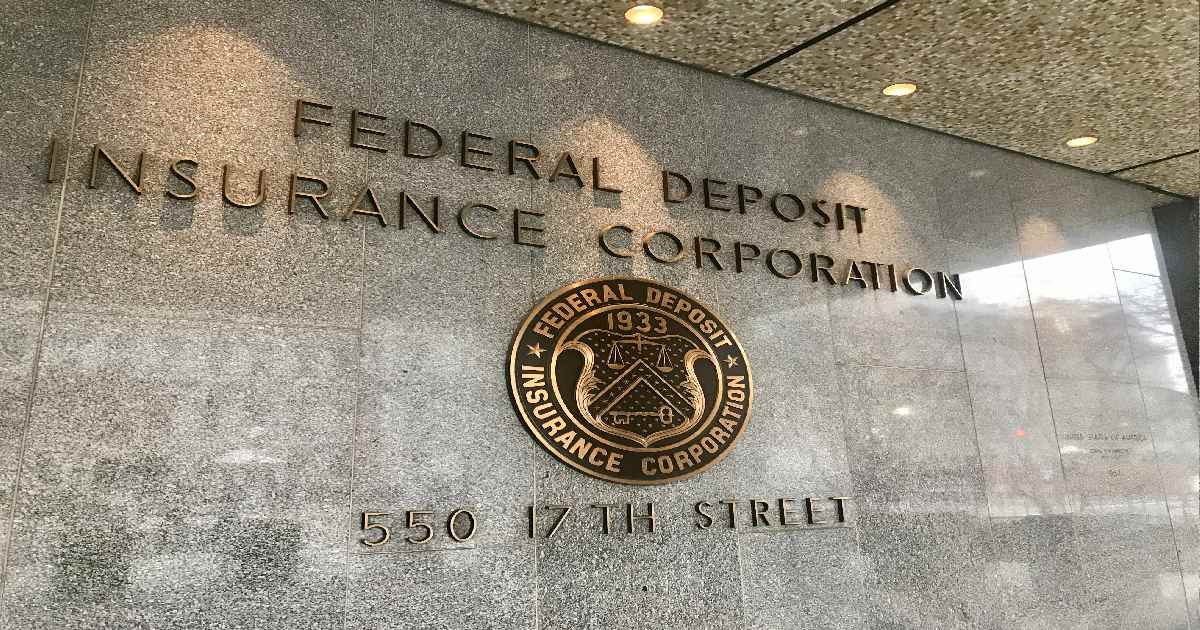 The financial regulator is concerned that consumers may be confused about how safe their funds are when placed in cryptocurrencies, particularly in cases where crypto companies offer a mix of uninsured crypto products alongside insured bank deposit products.

In a statement on Friday, the FDIC advisory said: “Inaccurate representations about deposit insurance by non-banks, including crypto companies, may confuse the non-bank’s customers and cause those customers to mistakenly believe they are protected against any type of loss.”

Specifically, the FDIC told banks to ensure that they make it clear to the public that deposit insurance only covers insured banks in case of collapse. The agency stated that insurance protection does not cover failures of any non-bank partners, which can include crypto custodians, exchanges, and wallet providers.

The FDIC urged banks dealing with crypto firms that they should make their customers know which of their funds will be insured by the government in the event of a collapse, and which have no protection.

The new advisory by the U.S. banking regulator comes after the Federal Reserve and the FDIC on Thursday ordered crypto brokerage firm Voyager Digital to stop telling clients that their deposits are protected from losses by the Federal Deposit Insurance Corporation because such claims are not true.

Voyager has stated that it is federally insured on its website, mobile app, and social media accounts.

Voyager’s website on Friday stated: “Your USD is held by our banking partner, Metropolitan Commercial Bank, which is FDIC insured, so the cash you hold with Voyager is protected.” The website claimed deposits are “FDIC insured on USD $250,000.”

On Thursday, the FDIC and the Federal Reserve issued a joint letter to Voyager, demanding the crypto broker to scrub such claims from its website and social media, and to write a confirmation note by Monday that they have done so.

Early this month, the FDIC was probing how bankrupt crypto broker Voyager was marketing itself to customers.

FDIC officials identified that Voyager is violating the Federal Deposit Insurance Act, which prohibits anyone from implying that deposits are insured when they are not.

Voyager is one of several crypto firms that have been adversely affected by the market’s collapse. On 5th July, the firm filed for Chapter 11 bankruptcy protection in the Southern District of New York following a recent financial crisis impacting the crypto industry.

Why Cryptocurrencies Are Not Insured by the FDIC

The FDIC is a government agency responsible for giving insurance protection to the public’s bank accounts — such as checking, savings and CDs — in case of unforeseen losses.

Having an FDIC insured account means that anyone who has at least $250,000 deposited into a bank would have their funds reimbursed in case the bank collapses unexpectedly.

However, speculative investments such as cryptocurrencies and stocks, are normally not FDIC insured. Such assets are not insured by the FDIC because they do not qualify as financial deposits and carry a certain amount of risk that investors opt in to bear. That is according to the regulator.