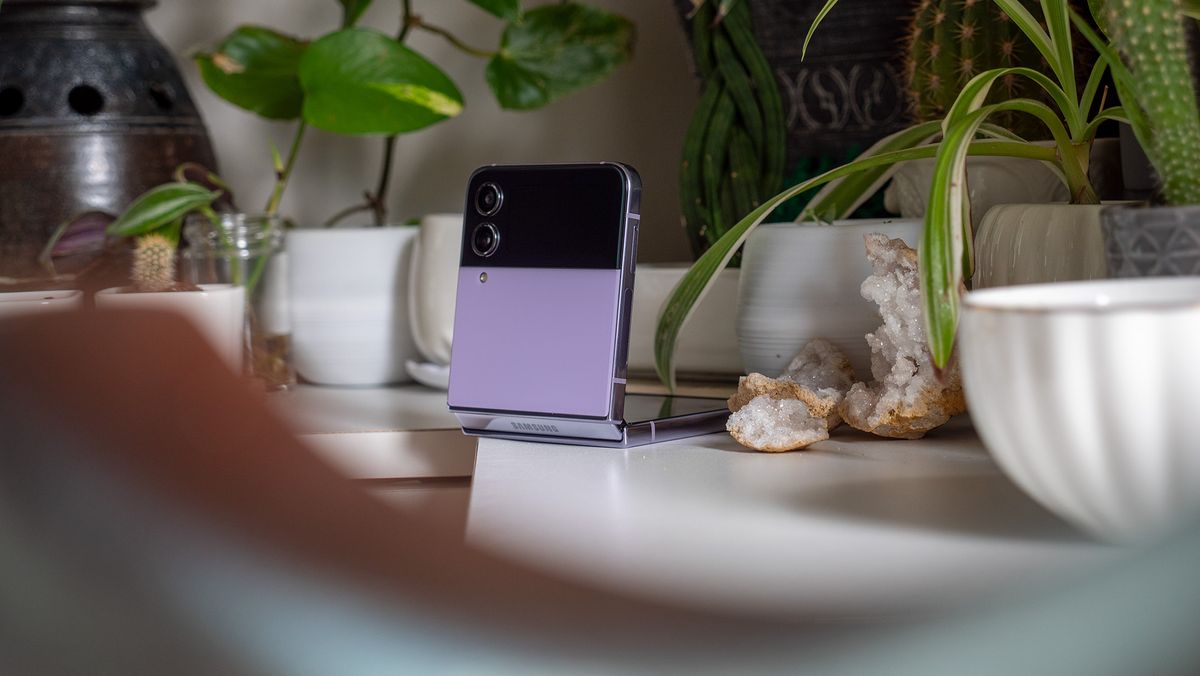 It is very clear that Samsung’s Galaxy Z Flip 4 is yet again going to outshine and outsell the new Galaxy Z Fold 4, and experts say Samsung’s strategy is to uphold the success of its Flip phones to maintain its power in the foldable smartphone market. The South Korean company has made it explicit that foldables will be the future of smartphones and has a “significant lead with the competition.”

Earlier this month, Samsung unveiled its fourth generation of foldable smartphones — the Galaxy Z Flip 4 and Galaxy Z Fold 4. As Android Central’s Nick Sutrich writes, the Flip 4 is “incredibly shiny and glitzy,” while the Fold 4 isn’t as glitzy, and is meant for the power user and ultimate productivity. These phones can easily become the next best Android phones in the market.

Jitesh Ubrani, research manager for IDC’s worldwide device tracker, says part of the reason Samsung is pushing sales of its Flip 4 more is its “broader appeal because it offers a very compact design, is relatively affordable, and most importantly, it offers a regular smartphone experience that isn’t encumbered by a new user interface or software compatibility issues.”

During Samsung’s Unpacked event, the company spent a considerable amount of time, money, and effort, showcasing the fourth iteration of its Flip phone. Many small video snippets during the event showed off the sleek clamshell phone, and it even brought in the stars of Netflix’s “Emily in Paris” to talk about the phones.

“Everyone sees the appeal of the Flip since it offers a smaller footprint as opposed to the Fold which focuses on productivity — a feature required by few,” Ubrani says.

It’s all about the cost, baby

Part of the focus on pushing Flip sales could also be attributed to how much cheaper the phone is in comparison to the much more expensive Fold 4.

Anshel Sag, a senior analyst at Moor Insights & Strategy, says this is one of the driving factors for the Flip’s success.

“I think consumers are generally more interested in Flip devices, both in terms of functionality and pricing. I think Folds are much more about productivity, while Flips are more about content creation and portability,” Sag says.

“Look at all the carrier deals on the Flip, most of them are giving them away for free with new contract agreements, which means that it’s within the carrier’s desired price range.”

In 2021, and the first half of 2022, 63% of foldable sales were Flip phones, while 37% were Fold phones, according to IDC. In fact, Samsung’s mobile head, Roh Tae-moon, said that the company looks to target wider audiences with its foldable devices.

“By 2025, foldable items will take up more than 50% of Samsung’s total premium smartphone shipments,” Roh said. “Foldables will become the new standard of smartphones.”

Ubrani notes that, aside from the Galaxy S series, Samsung’s foldables are poised to be the next big thing within Samsung’s portfolio. It’s certainly within the realm of possibility that foldables grab a much larger share of premium sales over the next few years.

And because the Flip accounts for the majority of Samsung’s foldable sales, Ubrani says that it’s incredibly important that Samsung appeals to those users.

“But, [Samsung] ought to continue to improve on the Fold as well, since that will ultimately help move users up the stack in terms of pricing, while ushering new use cases and helping the company differentiate itself from the rest,” he says.

Should Samsung make compromises to improve the Fold?

As much as Ubrani believes improving on the Fold is important, he notes that Samsung shouldn’t compromise the phone “just to reduce the price of the Fold.”

“It wouldn’t be a good move for Samsung, as they risk cheapening the image of such a cutting-edge device. Rather, it’s in Samsung’s best interest to scale up and help lower costs in order to reach a more palatable price point,” he says.

Perhaps, Samsung just needs to add more foldables to the mix so it can appeal to different consumer budgets.

It might be wiser for Samsung to continue with its current strategy of pinning the Fold to power users who prefer productivity, and the Flip to the enthusiast Android user, Sag says.

“I like its current strategy, but there is definitely a clear and wide gap between what the Flip and Fold are offering. I think there’s room for possibly a larger Flip device or a smaller Fold device that fills the $800 gap between the entry-level Flip and Fold,” Sag says.

He says that the company’s lead in foldables will be challenged fairly soon and that Samsung really needs to “keep the pedal down on foldable innovation in ways that make Samsung’s solutions the clear winner over other Android foldables.”

Neil Shah, vice president of research at Counterpoint Research, says that Samsung is very much ahead in terms of foldables.

“It’s on its fourth generation of foldables engineering experience curve, and not only from a hardware perspective but also software, app optimization, widening a significant lead with competition, which is cropping up with their first or second gen low-scale foldable phones,” he says.

It would be wise and appealing to customers if Samsung created a cheaper and smaller foldable, Shah says.

“A cheaper and smaller ‘Galaxy Fold Mini or Lite’ for around $1,200 – $1,400 would be a very appealing proposition, closing the big gap between the current $999 Flip and $1,799 Fold. However, there is always a challenge from software optimization, and OEMs will try to minimize and fragment the foldables form factor until Google Android and app developers catch up completely with a responsive design, dynamically optimizing the different foldable form-factors and sizes,” he says.

Are we seeing another case of the Note vs Galaxy S series?

Some might even question if Samsung is taking a similar approach it did with the Note series, where the Note was for serious business customers (at first), and the Galaxy S series was for the enthusiast market.

Sag would agree, adding that he couldn’t blame Samsung for addressing the marketing in this way.

“I can’t blame them for addressing the market in a way that it has always naturally organized itself, I think the missing piece for the Fold is an integrated S-Pen,” he says.

Ubrani thinks Samsung is taking a similar approach as well.

“They certainly seem to be leaning into that a bit more. The first Fold was more of a luxury device rather than a productivity powerhouse. But the later generations are more productivity-oriented similar to what the Note used to be before it became a more mass market device,” he adds.

It could mean that in the coming years, we might see a natural evolution of the Fold for it to become far more mainstream than it is now.