Born on September 9, 1967, as Rajiv Hari Om Bhatia in a Punjabi family in Punjab, no one knew that the little kid would rule the Indian film industry one day. From spending his early years in Chandni Chowk to blocking the streets of Mumbai with his one appearance, Rajiv Bhatia professionally known as Akshay Kumar‘s success story is an inspiration to every aspiring actor in the country. The Kesari actor is also one of the highest-paid actors in the world. From owning luxurious cars like Rolls Royce Phantom VII and Range Rover Vogue, having a private jet worth Rs. 260 crores to being the owner of some luxurious properties around the world, Akshay Kumar lives a lavish life.

However, there is no denying that all these things are a result of his unstoppable commitment, discipline, hard work, and passion for acting. The superstar had made his debut back in 1987 in Mahesh Bhatt’s film, Aag and even after almost 34 years, he is still ruling the big screens with his presence. Hence, there’s no denying that he is the ‘Khiladi of Bollywood’. Let’s take a look at his multi-crore properties, surrounded across the globe. 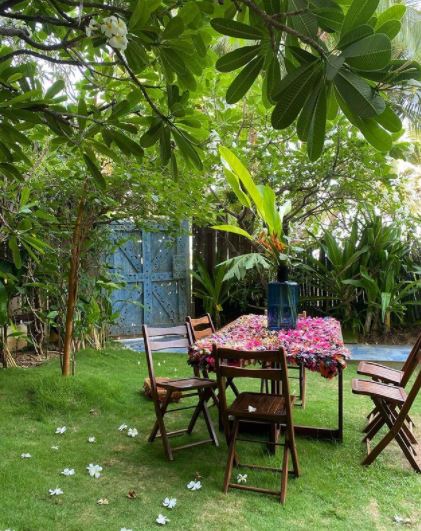 Akshay Kumar and his wife, Twinkle Khanna‘s Mumbai house is nothing less than a dream home for the people who are in love with nature as it is equipped with lush gardens, indoor ponds, bananas leaves, and bougainvillea bushes that resonates with their love for flora. 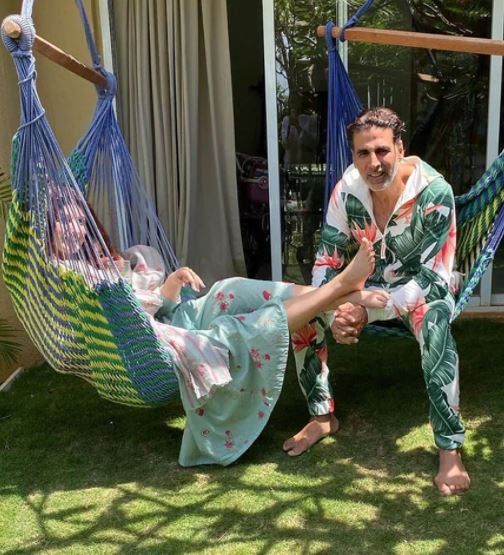 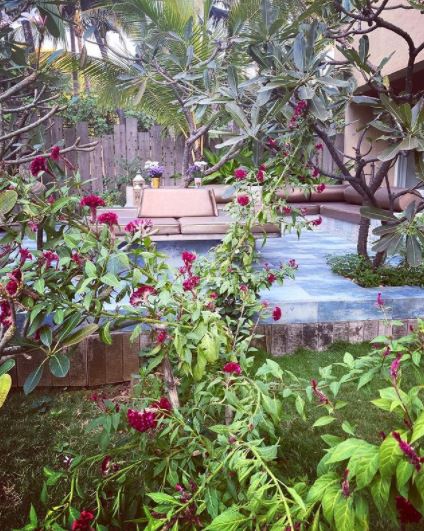 Once in an interview with the Vogue, when Twinkle was asked about the best thing about her and Akshay’s sea-facing home in Juhu. The actress had answered that she and her family are lucky to watch the sun sink into the Arabian sea on a daily basis and it is undoubtedly the best thing about their house. Well, it’s hard to disagree with Mrs Funnybones on this one. Twinkle had said:

“Living by the sea is wonderful. It’s nice to just sit on the parapet and watch the sunset.” 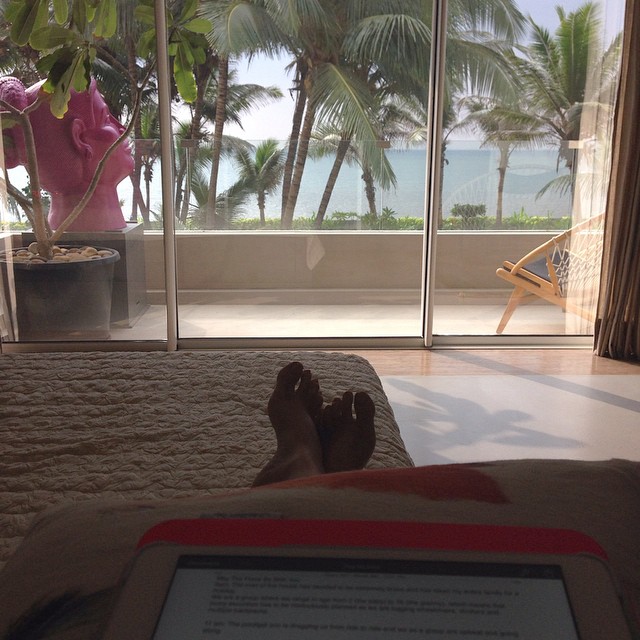 The first floor of Akshay Kumar’s duplex has a surreal modern kitchen, dining area for the whole family and guests, a large living area, along with the Bell Bottom actor’s closet. In contrast, the second floor belongs to the supremely talented writer, Twinkle Khanna’s study and bedrooms for the whole family. 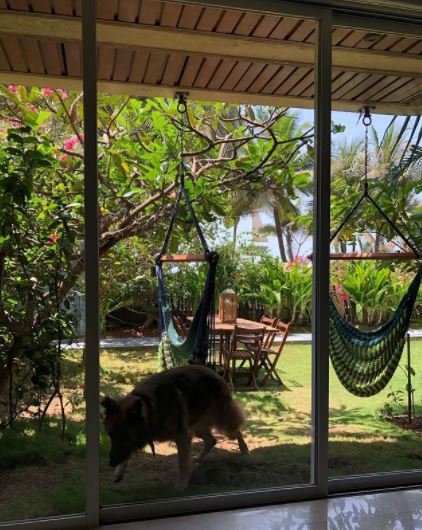 Twinkle Khanna has beautifully designed the house, from drafting the architecture to setting up everything inside out of this breathtaking mansion. There are statues of Lord Ganesha, beautiful large art pieces, and various memorabilia she and her husband, Akshay, have collected during their visit to different parts of the globe. The estimated price of this artistic house is around Rs. 80 crores. 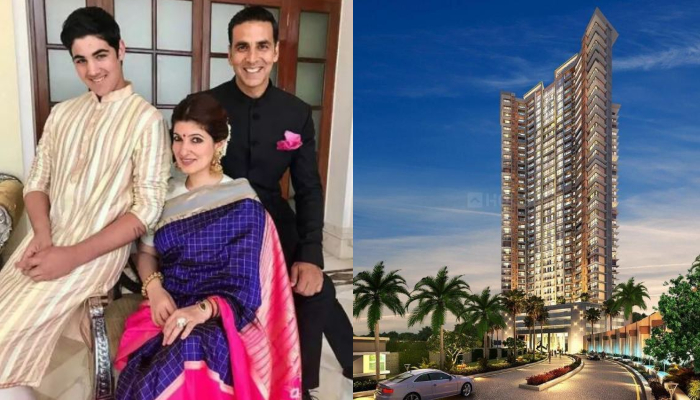 It was back in 2017 when Akshay Kumar had purchased four lavish flats in the iconic Transcon Triumph building in Andheri, Mumbai. The actor had chosen the 21st floor in the 38-storey building, and each apartment was measured at 2,200 sqft. 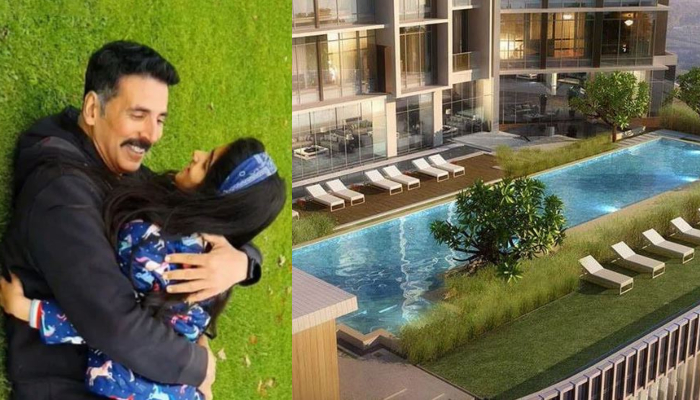 The Transcon Triumph building in Andheri West provides convenient connectivity to prestigious schools, famous restaurants, and renowned hospitals. It is also considered one of the safest locations to reside in Mumbai. Talking about the price, then each flat costs an estimated sum of Rs. 4.5 crores. 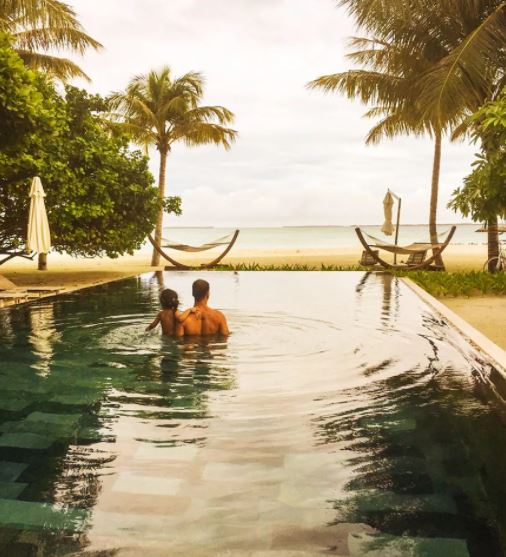 According to a report in News18, Akshay Kumar had bought this swanky holiday home in Goa a decade ago. However, due to his hectic work schedule, the actor rarely goes on a holiday with his wife, Twinkle Khanna and their kids, Aarav and Nitara. The best he does is take a couple of days off from his work to spend some quality time with his family, and the destination that tops his list is his Portuguese-style designed villa, situated on the white sand beach of Goa. In an interview with a leading media portal, Akshay Kumar had once opened up about his craziness for Goa and had explained why he and his family prefer their Goa villa above everything else, to spend some quality family time together. He had stated:

“I like to go to Goa. I love it. It’s very chilled out. Everyone knows me there and they just say hi, but nobody bothers me as such. It’s the only place in the country where I can roam around and enjoy myself.” 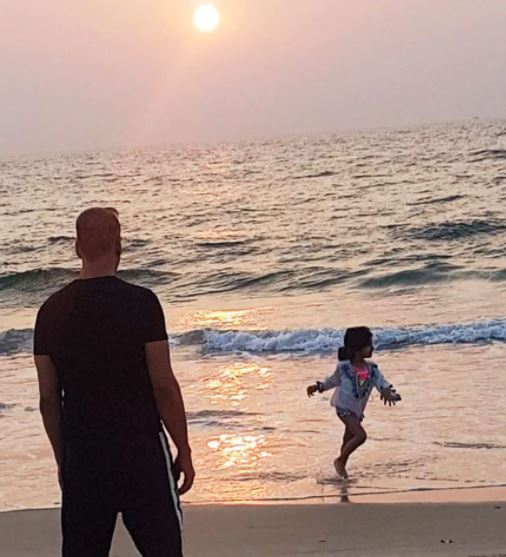 From cherishing the beauty of long walks during sunsets, enjoying meals in local eateries to having the luxury to take a dip in the Arabian sea, Akshay’s decade-long decision to spend Rs. 5 crores to buy this villa located at the Bagga Beach was indeed a superb move. 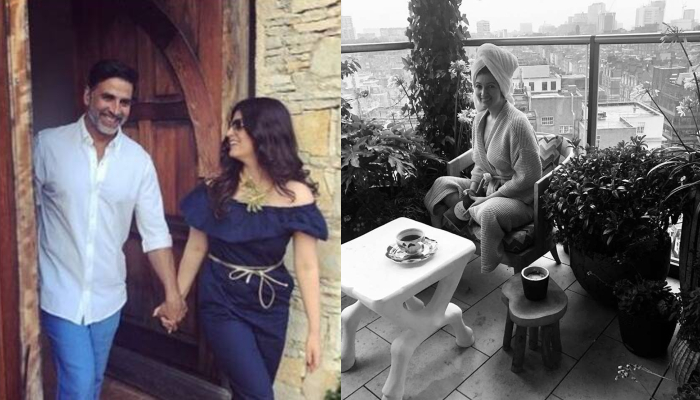 Not many people are aware of the hidden fact that Akshay Kumar is still a citizen of Canada and has invested in some high-priced properties in the country. According to a report in Cosmopolitan, Akshay owns an entire hill in Toronto, which is the largest and most diverse city in Canada. Not only this, but the Padman actor also owns a couple of luxurious flats and a high-priced bungalow in the Mapple leaf-Capital. Akshay’s expensive property is indeed right in the centre of dynamic tourist attractions, galleries to the iconic and world-famous CN Tower.

You May Like This: Inside Tour Of Sabyasachi Mukherjee’s Home In Kolkata, Designer’s Luxury Mansion Is A ‘Piece of Art’ Akshay Kumar and his entire family, from his wife, Twinkle Khanna, to their kids, Aarav and Nitara love beaches. Hence, a Deccan Chronicle report suggesting that the actor owns a lavish bungalow in ‘The Star and Key of the Indian Ocean’, Mauritius, is no surprise for anyone. 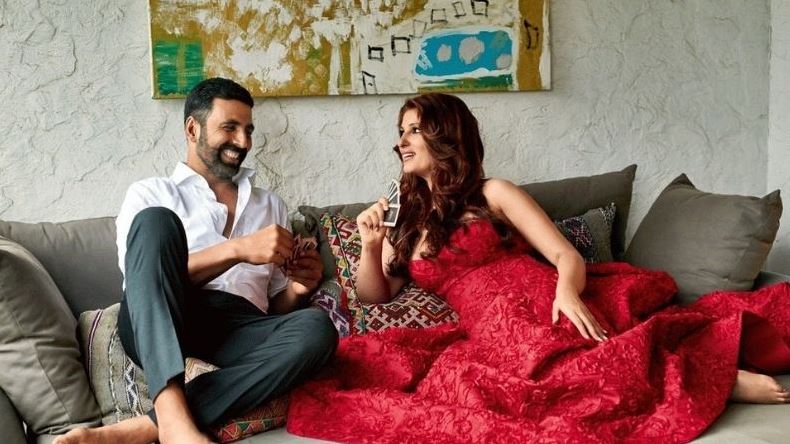 The actor already has a private jet, and it’s hard to pick a better location than Mauritius to spend some time with one’s family. The world-famous island is filled with some eye-bobbling attractions like an underwater waterfall, seven coloured piles of earth, giant water lilies, surreal golf courses, and of course, the irresistible Mauritius rum. 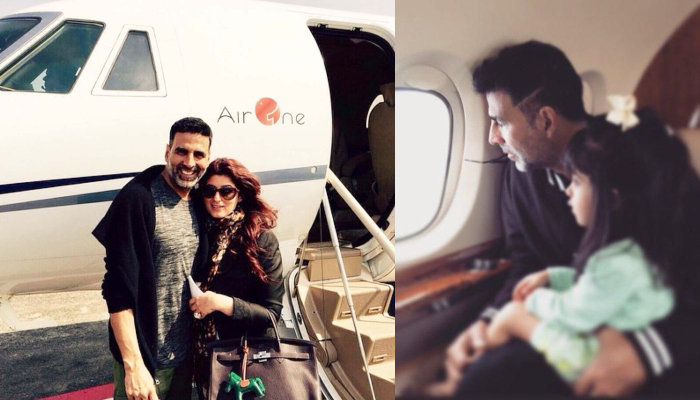 Earning money is one thing, and investing it in the right direction is a whole different game, and no wonder Bollywood superstar, Akshay Kumar has proved that if purchasing happiness with money is an art, then he is definitely the Picasso of it.

Also Read: Before 27-Storey Antilia, Mukesh And Nita Ambani Used To Live In ‘Sea Wind’ With His Brother, Anil