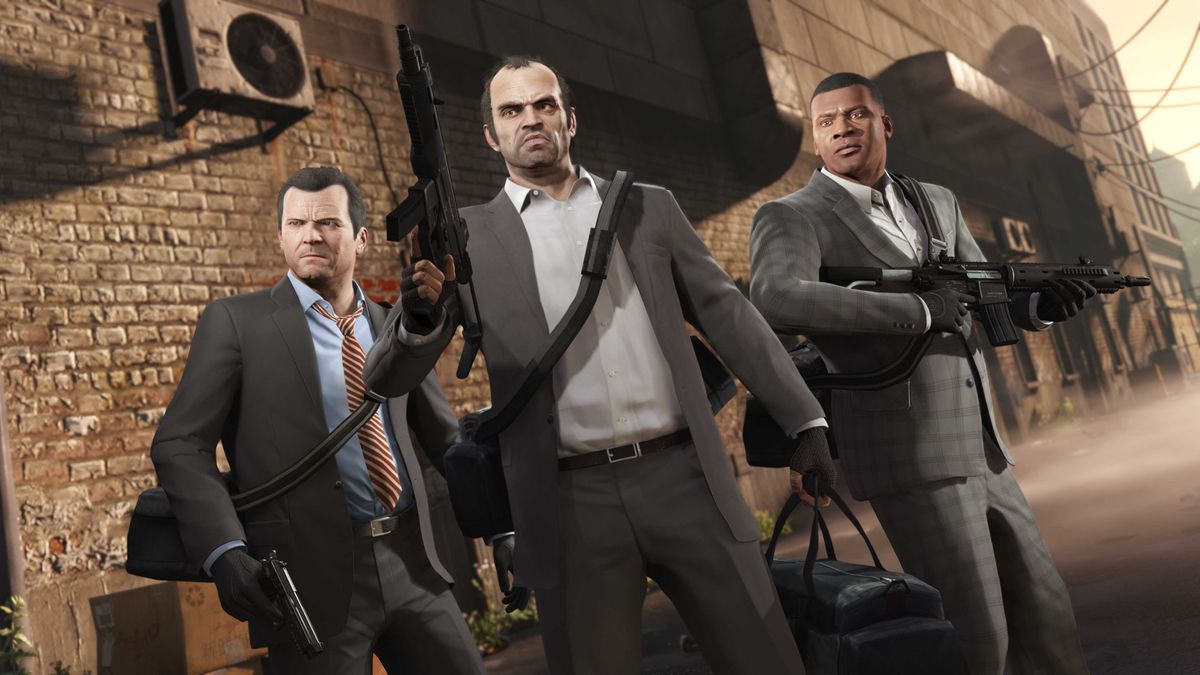 - Advertisement -
The names of GTA 5 characters – especially the main three you play as – have become household names in their own rights. The game’s cast of rogues and antihero protagonists has been delighting players for almost a decade as their brash, very much illegal antics have somehow wormed their way into our hearts not unlike a group of morally-questionable best friends.

It’s a surprisingly complex group of characters given all the killing, explosions, and bravado under the colossal belt of GTA 5. Beneath the buckle lies a wealth of nuanced characters, all with unique motivations and conflicting interests to drive them forward through myriad missions.

You may not have played the game in a while and are planning on jumping back into an old save file, perhaps firing up some GTA 5 cheats thanks to how the game is available on the PS5 and Xbox Series X.

Having been away for so long, we wouldn’t blame your memory for failing you as you head back to Los Santos. If this sounds familiar, don’t sweat it – here’s a refresher course featuring all the key GTA 5 characters you’ll be meeting.

Over the course of GTA 5, you’ll be at the helm of the lives of three distinct men in the city of Los Santos.

From hotheaded Trevor in his derelict caravan to Michael the maritally-estranged alcoholic, these three have their own quirks, temperaments, and respective missions to play through.

Michael is the first person you take control of, being one of the three characters you play throughout the game. Like the rest of the crew, Michael is a product of his environment. When he was younger, he had little income and an alcoholic father, so he turned to a life of crime after his poor temperament cost him a chance at playing professional football.

He now finds himself a rich retired man with a fake name, a family that doesn’t love him, and steadily declining mental health. He and Trevor have a history of committing crimes together which ends up informing much of GTA 5’s story. He is often quite dangerous and not afraid to use tactics from his previous life to get what he wants.

Trevor is a  wild man driven by his own desires. This personality made him a potent criminal but also a really bad friend – likely pointing to the fallout between him and Michael.

He’s the wild card character and a pretty effective satire of the average GTA player. With a strong constitution and good flying skills – he’s the perfect wild card.

Trevor is a man who is hard to predict but he isn’t entirely motivationless. You may not be able to guess what he will do but he will explain it to you.

Franklin is the youngest member of the playable trio – inadvertently becoming Michael’s protege after they bond over a car scam. With dreams of getting out of his home situation, he, Michael, and Trevor team up to make enough cash to get out.

Franklin is a particularly skilled driver, something picked up in his repo job. Being young and shaped by his relationships, Franklin is quite perceptive – even if he’s a bad judge of character.

A lot of his story is dominated by who he chooses to be friends with and what actions those friends lead him to take.

Some of the important faces in GTA 5 aren’t featured in the main cast.

Supporting roles can be just as pivotal, from the De Santa family fold to Lester the mastermind. Here are some names from the fringes that you should try to memorize before you hit the streets guns blazing.

Amanda De Santa is Michael’s wife in GTA 5. She is burnt out on her life; cheating and overspending to make up for the lack of fulfillment. In a sense, the entire family is stuck in a rut like Michael. As he goes to therapy throughout the game, he often feels caught with the same problems as his wife.

Her actions often spring from her desire for something new rather than her tired, failing marriage.

Jimmy De Santa is a privileged and spoiled kid, living out his fantasies online. He’d rather play games and indulge fantasies, often meaning he’s a little disconnected from reality.

Like his mother, there is a void in his relationship with Michael causing him to act out against his father.

Jimmy’s older sister, Tracey De Santa is left with many of the same emotional problems as her family. Moving from living in a trailer park to a lavish mansion in the city – she adjusted to the sudden fame and money poorly.

She struggles to get the approval of her family due to her lifestyle choices and generally feels fairly misunderstood in her own house. Her relationship is so severed with Michael that it could even be irreparable.

Lamar is Franklin’s best friend at the start of the game, racing him around the city and pushing him to do more daring things. He is one of the driving forces in Franklin’s life – normalizing a life of crime and danger.

They met in high school and even work the same job at the start of the game.

Dave and Michael have a symbiotic relationship in GTA 5. As a member of the FIB (a spoof on the FBI), Michael worked with him, betraying his friends for a shot at a better life leading to Dave helping Michael fake his death.

This betrayal helped his career skyrocket, gaining him fame and cash in return. He’s like many of GTA 5’s characters who make their fortune through lying, cheating, and stealing – he just has a better facade.

Steve Haines is Dave Norton’s superior in the FIB and is incredibly corrupt. He uses his own personal division of the FIB to carry out whatever whims he’d like done often for his own personal gains.

Despite a good public face, he is on the bankroll of Los Santos’ elite, doing their bidding. One of his most powerful benefactors is the power-hungry Devin Weston.

Devin is the main antagonist of GTA 5 and an incredibly powerful billionaire to boot. Although he appears to be someone willing to work with our central trio, his inordinate wealth should give away the lengths he’s willing to go to in order to make a profit.

He cares about his wealth above all else, even the lives of Micheal, Trevor, and Franklin.

A criminal mastermind who is often unable to carry out his plans due to his disability, Lester is a central member of the main crew, helping plan out heists and giving assassination jobs to Franklin. He knows how to manipulate the stock market and uses the deaths of rich and famous people to get his way.

He’s also found in GTA Online, giving players useful information. Don’t let his disposition fool you – he’s one of the most well-informed and connected people in Los Santos which also makes him one of the most dangerous.