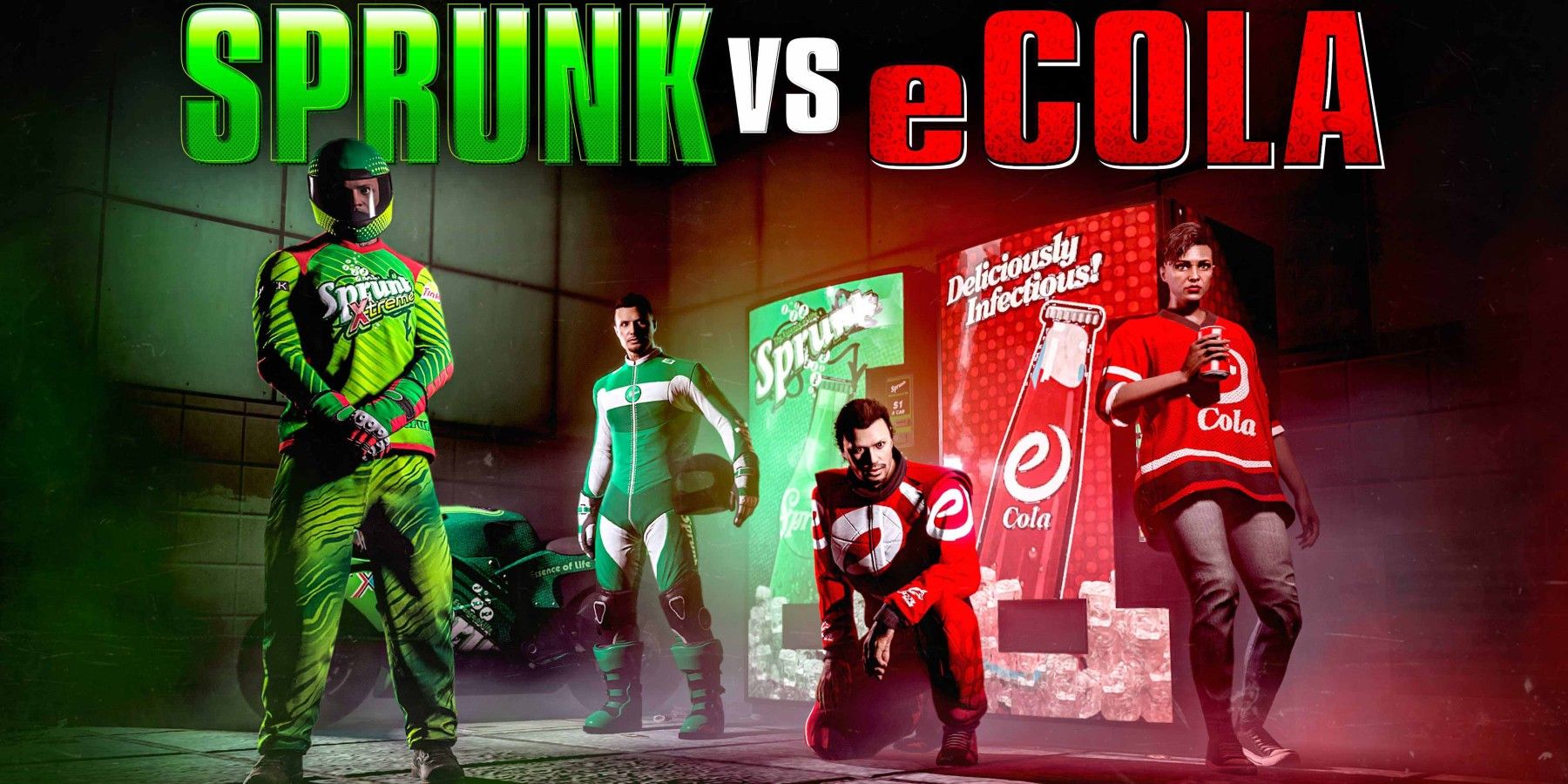 Ad P
GTA Online frequently offers updates adding new content, weapons, and cars to the game. The latest introduction is a new event that pits two of the game’s iconic beverages against each other, and players who participate can walk away with a major in-game cash reward.

Sprunk and eCola are two of GTA Online‘s drinkable items, and can usually be purchased from vending machines. While many players likely haven’t given them much thought, GTA Online is now tasking players with determining the superior drink.
GAMERANT VIDEO OF THE DAY

GTA Online‘s latest event is in effect now, and players can already net some benefits from it. Players have to pick a side in the event, which can be done by joining either the Sprunk or eCola crew on GTA Online‘s official Social Club website. From there, the game will count how many cans of the chosen team’s beverage are consumed by the player. A vote will also be counted for collecting a free GTA Online bodysuit based off the player’s team.

The duel for best soda will be held over the course of three weeks, with Rockstar Games tallying the votes on September 14. For the duration of the event, both Sprunk and eCola are free, so players don’t need to spend a cent in order to participate. Sprunk can also now be stored in users’ inventories, like eCola, so players can use them as health restoration on the go and gain points for their team in the process. This should also offer players a bit of an extra boost when joining high-difficulty heists or missions where health recovery items are a must.

In the meantime, Sprunk and eCola car liveries are free for the week, as are melee weapons, green and red smoke for vehicles, and the Declasse Hotring Sabre is free with an included eCola x Sprunk livery. Once the event has completed and the votes have been tallied, Rockstar Games will reward all GTA Online players with GTA$300K, a hat, varsity jacket, and parachute bag with designs based off the winning drink.

Making money in GTA Online is easier than ever, especially following the introduction of private and invite-only lobby missions and business sales. However, the game is also regularly adding new items that can easily wipe out a player’s wallet in no time. The newly added Grotti Brioso 300 Widebody costs $1,195,000 total when starting from scratch, so the GTA$ 300K bonus could help to cover a chunk of that or any other purchase players have been eyeing recently.