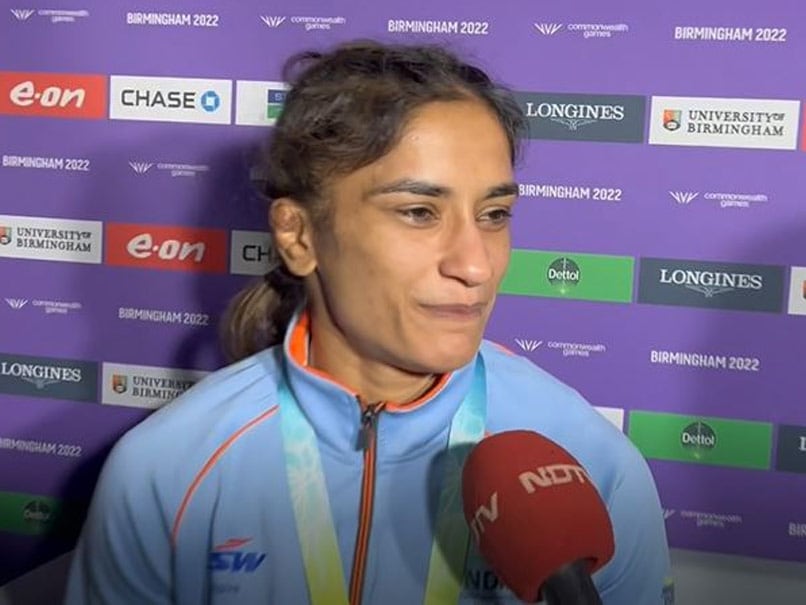 Star grappler Vinesh Phogat added yet another gold medal in India’s kitty at the ongoing Commonwealth Games on Saturday as she brought home the yellow metal. It is important to note that it is the third time in a row at the Commonwealth Games that Vinesh has managed to win gold after winning it in the 2014 and 2018 editions as well. Vinesh entered her last round-robin bout against Sri Lanka’s Chamodya Maduravlage and in a matter of two minutes and 24 seconds, she ended up sealing the gold.

Speaking after the win, Vinesh told NDTV: “An athlete always smiles when they have won a medal. If the medal is not there, then there is no reason to be happy. I have struggled for the past one year, I have gone through a lot emotionally and finally I have won a gold, this will act as a big confidence booster.”

After the Tokyo Olympics last year, Vinesh had opened up on her mental health struggles and how her training was impacted.

Talking about the same, Vinesh said: “In normal life, people tend to stay stressed. I say whatever I want to, but at certain times, I kept it all in, and that is why I witnessed some problems. People see the medals, but they do not see the hardwork that goes behind the scenes.”

“Since 5-6 years I have been talking to psychologist. If my training is going well, I tend to stay happy. But if someone is hampering that, then I get disturbed,” she added.

Phogat won the gold medal match by 4-0 via Victory by fall. She took two minutes and 24 seconds to win India’s second gold of the day at the CWG.