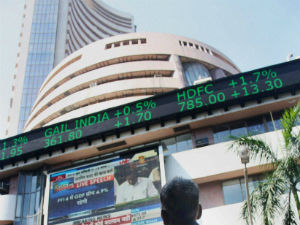 The chief national competition regulator in the country- CCI or the Competition Commission of India has given a go-ahead to the merger of HDFC Bank and its parent entity HDFC Ltd.

The proposed merger in the first place seeks the amalgamation of HDFC Holdings and HDFC Investments with HDFC Ltd and later the merger of HDFC and HDFC Bank.

CCI on Friday tweeted that it has given a go-ahead to the “proposed combination involving amalgamation of HDFC Limited, HDFC Bank, HDFC Investments and HDFC Holdings.”

Upon the completion of the merger, the liabilities of the HFC (HDFC) shall be transferred to HDFC Bank.

The apex banker RBI has issued a NOC or no-objection certificate for the proposed merger of HDFC and HDFC Bank. Also, the SEBI has given its in-principle go-ahead for the Scheme of amalgamation of several HDFC group companies.

Post the merger, HDFC shall take hold of 41% stake in HDFC Bank. Furthermore all of the subsidiary companies of the housing finance major shall be acquired by HDFC Bank. The merger exercise shall take around 12-18 months time to complete

Strategic corporate developments or transactions above a specified limit need a go-ahead by the regulator as it monitors unjust trade practices in the market.

At the beginning of the Fy23, the largest HFC-HDFC announced that it shall merge with HDFC Bank.