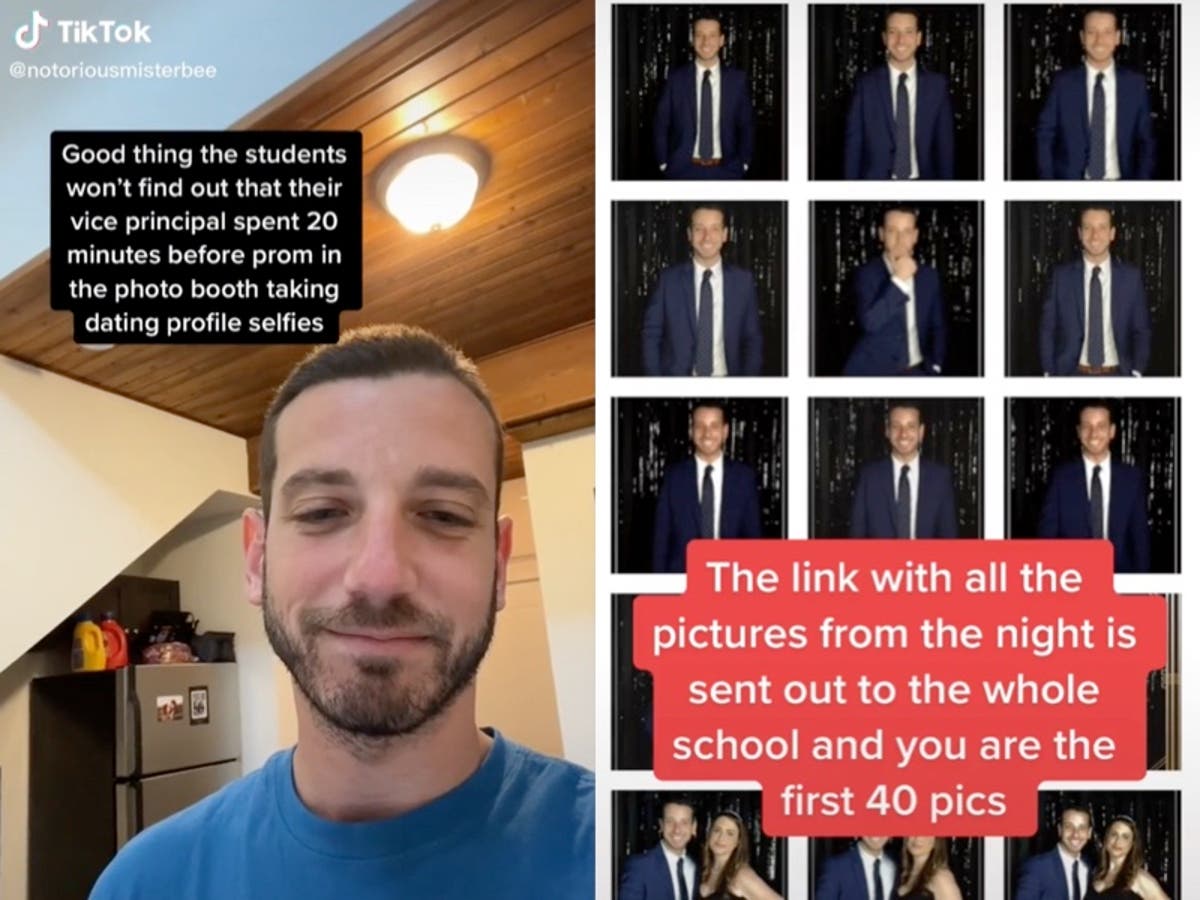 Ad P
A high school vice principal has shared his embarrassment after photos he took for his dating profile in the school’s prom photo booth were sent to the entire student body.

Steve, a vice principal at a Florida high school who goes by the username @notoriousmisterbee on TikTok, recounted the incident in a video posted to the app on Thursday.

The clip began with the educator noting in a text caption: “Good thing the students won’t find out that their vice principal spent 20 minutes before prom in the photo booth taking dating profile selfies.”

The TikTok then transitioned to show rows of the smiling photos of Steve standing alone against the photo booth backdrop, as he noted that a link to all of the photos taken on prom night were sent to the entire school.

“The link with all the pictures from the night is sent out to the whole school and you are the first 40 pics,” he wrote on the TikTok.

In the caption of the TikTok, which has since been viewed more than 966,000 times, he jokingly wrote: “I just wanted to make sure it worked ya know?”

The video has been met with amusement from viewers, with many TikTok users horrified on Steve’s behalf.

“Oh my god the way I would have cried,” one person wrote, while another said: “I would have called out sick the rest of the school year. I bet the kids thought this was amazing though.”

“This is the most principal thing I’ve ever heard and I love it,” someone else added.

However, others assured Steve that his dating profile would benefit from the sweet story, with one viewer writing: “If you put this as the caption for the pic on a dating profile, it would 100 per cent work on me.”

While speaking to The Independent about the experience, Steve admitted that a few students came up to him on the Monday after prom to tell him that they’d enjoyed his photo shoot. “They all thought it was funny,” he said.

As for the viral response to the TikTok, he said he was “very surprised” considering things like this happen to him often.

“I was very surprised by the viral response. While I recognise that the whole experience is wildly comical, a lot of things like that often happen to me in life, so they have just become normalised for me,” he said. “I sometimes feel like my life is a sitcom.”