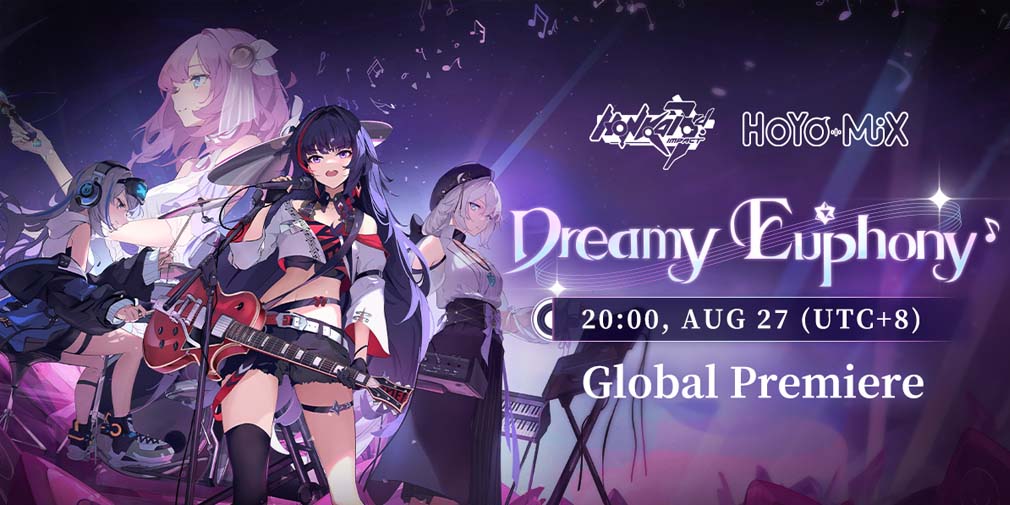 HoYoverse has announced a musical new addition to the Honkai Impact 3rd fandom with an animated music video. The popular action RPG’s trailer for the online concert [Dreamy Euphony] will tease the upcoming event, premiering globally on YouTube, TikTok, Twitch and Twitter on August 27th.

According to the official press release, “The online concert will embark everyone on a musical journey from the Elysian Realm in Previous Era to the Third Eruption, the APHO, and Valkyries’ personal stories. Every part of the concert will be an audio-visual treat filled with surprises and lovely memories.”

Players can take part in the event within the actual game as well during themed tasks. Completing missions in-game will reward players with 3-star stigma Kiana: Accompaniment (M), AiPhone keychain Elf Elysia, the La-La Land Guide, Crystals and more along with a chance to score headsets, figures, and other IRL merch.

If you’re keen on joining in on the fun, you can catch Honkai Impact 3rd on the iOS App Store and on the Google Play Store for Android devices. It’s a free-to-play game with in-app purchases. You can join the community of followers over on the official Twitter page to stay updated on all the latest developments, visit the official website to learn more info, or take a little sneak peek at the embedded clip above to get a feel of the game’s upcoming event as well.

Are you on the hunt for more similar titles that will put your skills to the test on your mobile device? Why not take a gander at our list of the best Android RPGs?