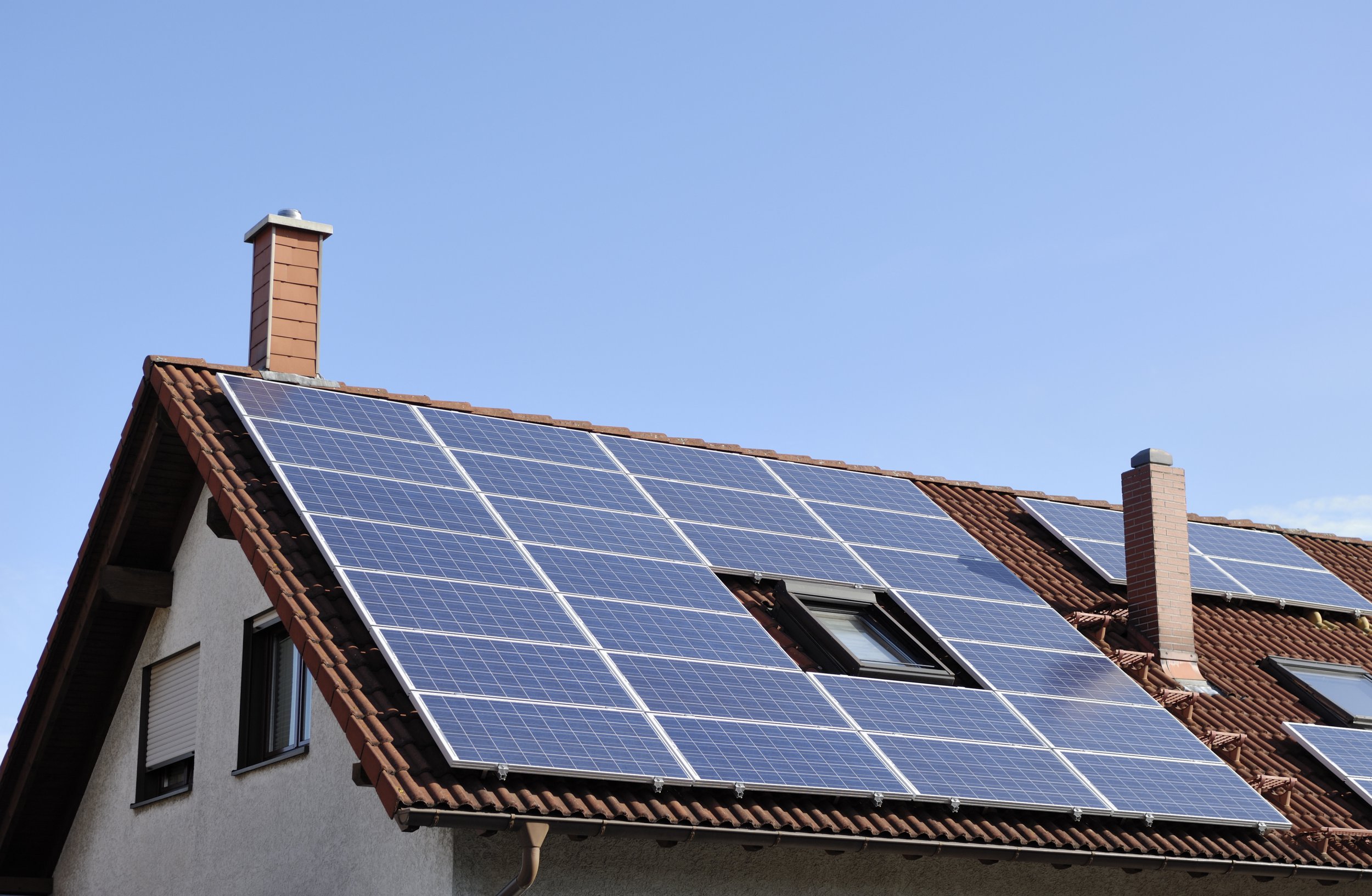 Ad P
Although they’re not yet mainstream, more households are turning to having solar panels installed at their home in an effort to be more environmentally friendly.

As we’ve had a run of hot weather, those with panels installed are likely to have netted themselves a lot of renewable energy in recent times.

However, some of this energy is likely going to waste if it is not stored.

Fortunately, there are such a thing as solar power storage batteries which can hold much of this energy for later use – although they will come at a price.

i takes a look at how cost effective it is to install solar panels at home.

What are solar batteries?

An energy-storage system, also called a home or solar battery, lets users capture electricity so they can use it at another time.

For example, you can store the electricity your solar panels generate during the day and use it at night.

It is a way of not losing the energy your solar panels, for example, have already collected throughout sunny periods.

How much are solar batteries?

The cost of solar batteries varies but most are around £3,000 to £5,000 – so they are somewhat a sizeable investment.

Most will include an inverter, for converting the DC to AC, which most home appliances use.

Dr Ian Crowe, a senior lecturer in microelectron and nanos at Manchester University said: “Bear in mind these inverters are the ‘weakest link’ of the whole system, meaning they may need replacement two to three times during the lifetime of the solar panels.”

A number of firms offer batteries with Tesla’s Powerwall one of the most well-known devices. Other UK energy suppliers also offer similar batteries, including Eon and EDF.

It is worth comparing the batteries made by different companies if you are seriously considering investing in one, as they do vary in terms of what they offer – and in price.

Are they cost effective?

The main source of queries when it comes to solar batteries are whether or not they are worth the money.

Experts have differed on how cost effective they can be – suggesting it depends on how much use they get from the batteries.

The two factors that will have the most significant impact on potential savings from storing solar power in a battery are the amount of electricity you use at the point of generating, as well as the price of your tariffs (“import” and “export”), the Energy Saving Trust said.

It said that in all cases, having a battery leads to more savings than having the panels alone, but whether the amount saved can justify the cost of installation will depend on several factors, including how much surplus electricity your panels generate.

A spokesperson said: “There may be additional cost savings to be found via grid services, such as signing up for ‘smart’ tariffs which allow you to charge your battery when prices are low and export electricity to the grid during high-demand periods, although you would also have to buy electricity during those periods too if you don’t have enough. Overall, you need to examine your own usage carefully to decide if installing a battery would be beneficial.”

However, other experts have suggested it is not worth the large upfront cost, suggesting it would take too long for a household to break even on the cost.

Josh, a senior writer at the Eco Experts, said: “Generally, I would advise against buying a solar battery. They typically cost £5,000 for around 12 solar panels and so would save someone an extra £326 per year, which means they would break even on the battery after 13.8 years.

“Solar batteries usually last 12.5 years on average, so the chances of actually breaking even are low – and since solar panels last at least 25 years, you would need two batteries.

“Without buying batteries, someone in this situation will likely use 50 per cent of the electricity their solar panels generate – instead of 80 per cent with the battery – but they won’t have to pay the steep initial cost for the batteries.

“According to our calculations, this will result in someone breaking even on the entire solar panel system after 11.5 years – rather than the 18.5 years it would take with batteries.”

However, others have suggested the benefits of the batteries are indeed worthwhile.

Dr Crowe said: “My belief is that, although a relatively expensive investment, as electricity prices continue to grow, the prospects of a battery storage system are probably increasingly worthwhile – note, the system can still be configured for storage and selling back excess to the grid, which is probably the best situation overall.”

Some have added that with energy costs continuing to creep up, this may speed up the amount of time it will take households to pay back installing solar batteries.

Sean Keyes, managing director at Sutcliffe, a firm of structural and civil engineers, said: “Installing solar batteries may take in excess of 15 years to repay, but with energy prices tripling, this pay back time may now be as little as five years, which of course makes them a much more cost-effective proposition.

“The downside to this is the upfront capital cost of installation, but if energy prices continue to rise solar energy and other green forms may be our only option, as we wean off our dependence from gas.”