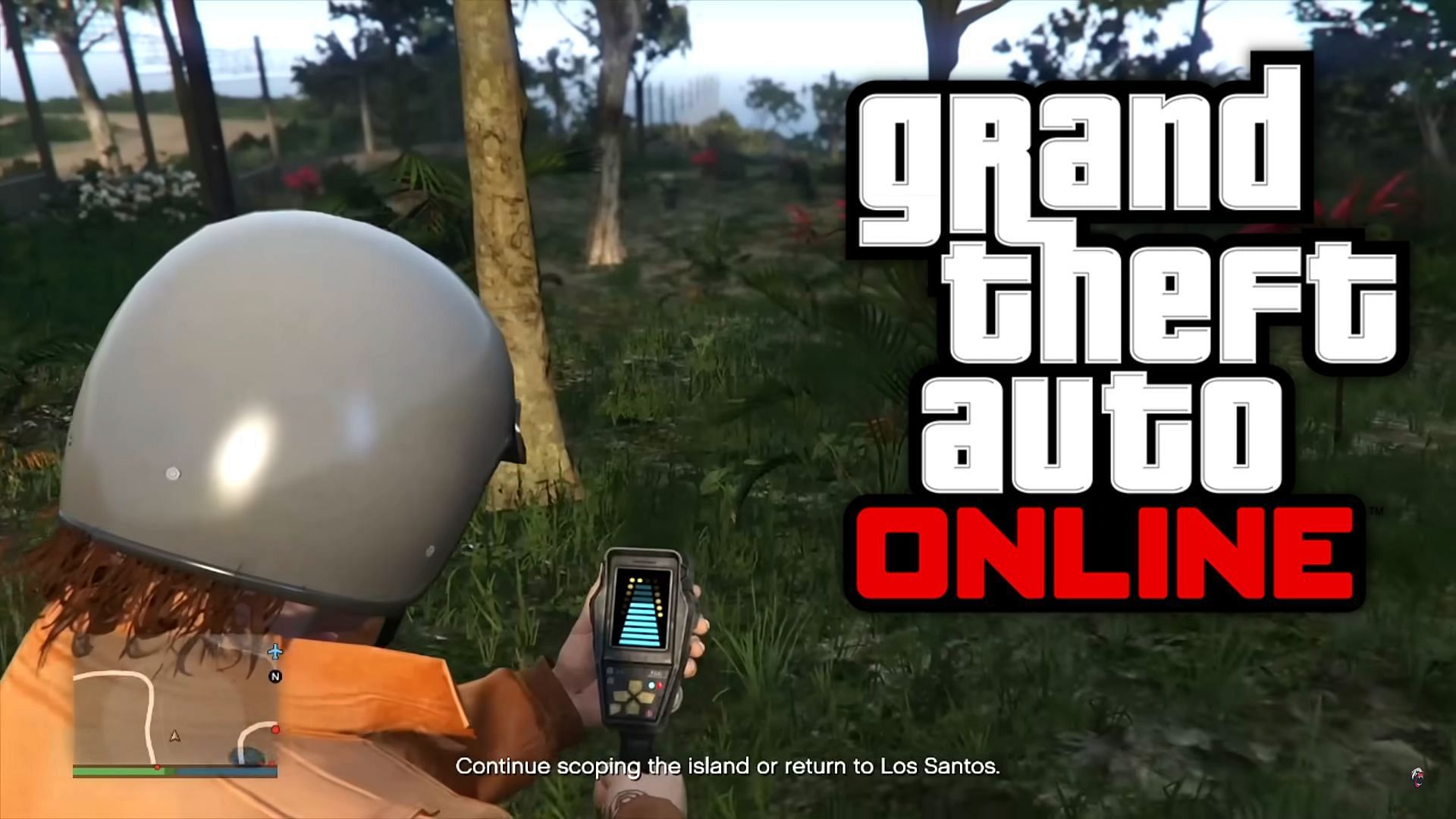 To find these hidden stashes, players need to use Metal Detector, which can randomly be found in the open world of Los Santos. This is a new way to earn bonus GTA$ and RP every day.

What is a Metal Detector and how to get it in GTA Online?

Based on the actual machine, Metal Detector is a small metal detection device that helps find metallic items. It flashes blue whenever it connects to a metal object and red when it doesn’t.

When near a hidden stash, players can hear a beeping sound coming from the device indicating that they are moving in the right direction. It beeps faster when they get closer to the stash.

To find the device in GTA Online, players first need to find a Skeleton that appears at any of the pre-determined locations in the game randomly. With that being said, they can see a blue dot on the map whenever they are near the skeleton. Here’s a list of all ten locations around Los Santos’ south coast where players can find it:

Once players find the skeleton, they will see a treasure map of Cayo Perico island with it and a metal detector lying nearby. They must grab them immediately, as both items can de-spawn and re-spawn again later in Los Santos.

How to start the Buried Stashes treasure hunt in GTA Online?

With the latest update, Rockstar has done a great job in introducing a variety of activities on the Cayo Perico island, including the Buried Stashes.

Once players get to the metal detector, they need to start the Cayo Perico heist. While doing the Heist Prep, they will see two question marks on the map, which are ideal for gathering intel. Once inside the marked areas, they will get instructions on using the Metal Detector:

“Hold [aim button] to use the Metal Detector while in the area. The lights on the device will increase in strength as you get closer to a Buried Stash.”

Once players find the stash, they will be prompted to dig into it:

“Press [button] to dig up the Buried Stash.”

Pressing the button initiates a cutscene where they can see themselves digging the ground with their hands, pulling up the box, opening it, and pocketing the stash.

Comb the beaches of Los Santos in GTA Online and you might find a metal detector and a map leading to Buried Stashes on the island of Cayo Perico. Searching and finding these hidden hoards while scoping the island will reward you with GTA$ and RP: rsg.ms/a9dde20

Comb the beaches of Los Santos in GTA Online and you might find a metal detector and a map leading to Buried Stashes on the island of Cayo Perico. Searching and finding these hidden hoards while scoping the island will reward you with GTA$ and RP: rsg.ms/a9dde20 https://t.co/jn8BWa10Ie

Apart from the aforementioned treasure hunt, Rockstar has also introduced the new Cayo Perico Series. In this activity, players can compete in 10 different races around El Rubio’s fortified compound and experience the tropical island like never before.