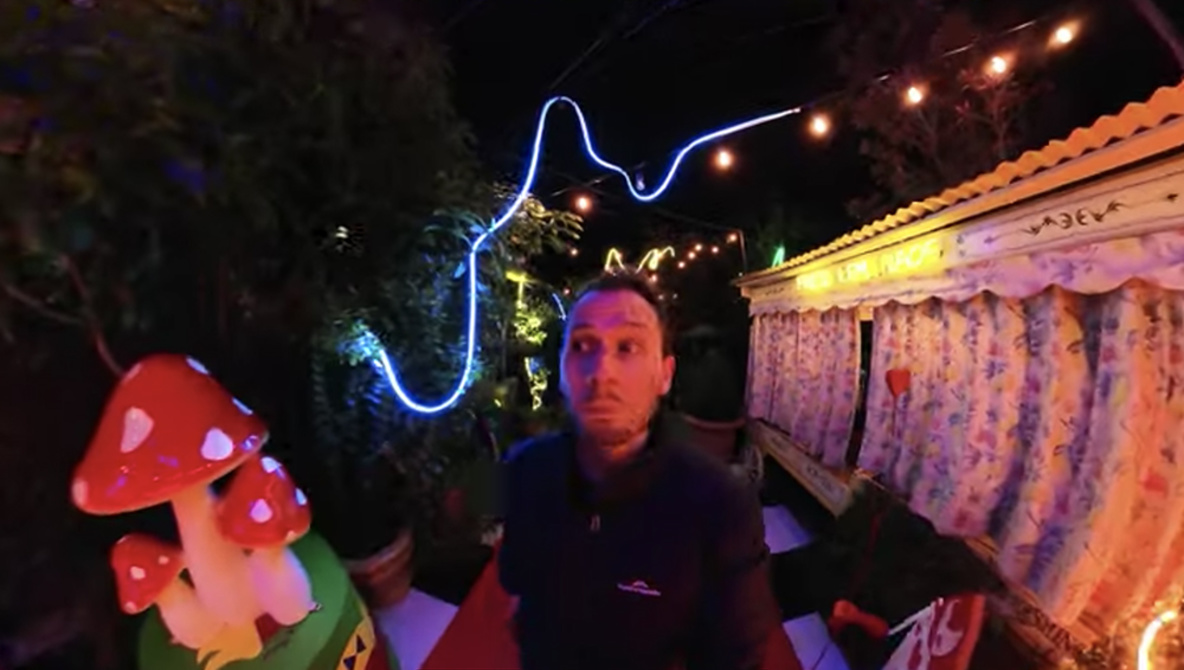 Ad P
Shooting 360 video in low-light has never been easy, but larger sensors that are popping up in cameras like the Insta360 ONE RS 1-Inch 360 Edition Camera are increasing possibilities for night shooting. Here are a few tips to make the most of whatever 360 camera you’ve got for low light.

Coming at you from 360 video creator and YouTuber Ben Claremont are a few tips for 360 video shooters in low light. Most of these techniques will be familiar to still photographers, but 360 videos are a bit of a different animal since they lack things such as variable apertures.

Claremont talks about a tried-and-true technique I’ve used in sports and general photography for years, and that is underexposing your image just a bit so that you can punch up the shadows but still rein in highlights. In his case, with the Insta360 ONE RS 1-Inch 360 Edition, the sweet spot seems to be about -2 EV. In sports, I’d underexpose a stop or two just to get a faster shutter speed and avoid motion blur (something Claremont does as well), with the full intention of increasing the exposure in post-processing.

I also tend to keep my cameras about 2/3 of a stop underexposed on any of the semi-automatic modes such as aperture or shutter priority, just to keep highlights in check. Like the 360 footage in this video, it’s harder to control a blown highlight than raise the shadows a bit.

One of the more recent developments is greater ISO capabilities of modern 360 cameras. Claremont points out the 1-inch sensor on the One RS can go all the way to ISO 3,200 and looks pretty clean. I remember when I first experienced a Nikon D3, which was a revelation to shoot at ISO 6,400 compared to cameras previously that struggled with ISO 1,600. The same is true with 360 cameras.

The biggest takeaway from all of the tips here is to shoot for the edit. Keeping in mind that you’ll edit the footage later helps you better understand how to manually set your camera for the optimal capture on the scene.

Check out the full video above for more tips from Claremont and a bonus tip at the end.