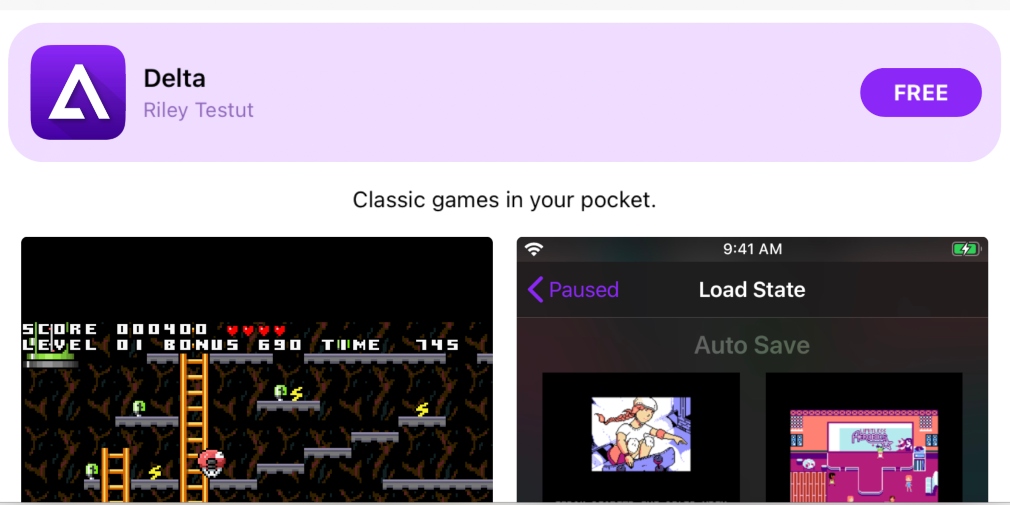 Ad P
On Android, downloading an emulator can be a simple case of heading to Google Play, searching for whichever one you’re after and hitting download. For iOS, it’s a little more long-winded but is still possible, and that’s what we’re here to explain today.

Through an app called AltStore, you can install emulators onto your phone through a method called sideloading. If you’re unfamiliar with the term, sideloading is installing software without using the App Store. Why do you have to do this? Simply put, emulation software goes against Apple’s rules, so they won’t allow it to be accessible through their storefront.

So AltStore has stepped in to provide a way for iOS users with a penchant for retro games to use an emulator on their phone. Unfortunately, installing AltStore isn’t a case of heading to the App Store and searching. It’s not a difficult process, but it involves a few steps.

Emulator options and how to install them

There are several emulators you can choose from to install on your iPhone or iPad. We will run through a few of those options here and let you know how to sideload onto your iOS device via AltStore.

Delta is the most straightforward emulator to install. Since it’s been developed by the same person as AltStore, you can find it in the browse section and simply tap where it says ‘Free’. Delta will then install on your device. In terms of emulation, Delta can run ROMs from the following Nintendo consoles:

RetroArch is one of the most popular emulators, and for good reason. It can support a huge number of platforms and even a few specific games. Below is a list of all the platforms it supports:

Provenance is another popular emulator that offers an extensive list of platforms, though admittedly not as extensive as RetroArch:

A few caveats to remember

There are a couple of things to bear in mind when using AltStore. Firstly, you will need to leave AltServer running in the background on your PC whenever you use the app. Similarly, your phone must stay connected to the same Wi-Fi as your PC.

There is a limited number of apps you can install at once, and they also need to be refreshed every seven days. This isn’t particularly difficult to do, and after a while, your phone should handle this automatically.

Finally, you can only install a set number of apps per week, and even then, only three of these can be active at once. One of these apps must be AltStore, meaning you can have two emulators installed at once. You can reactivate and deactivate them as needed, but it’s a limitation worth keeping in mind.