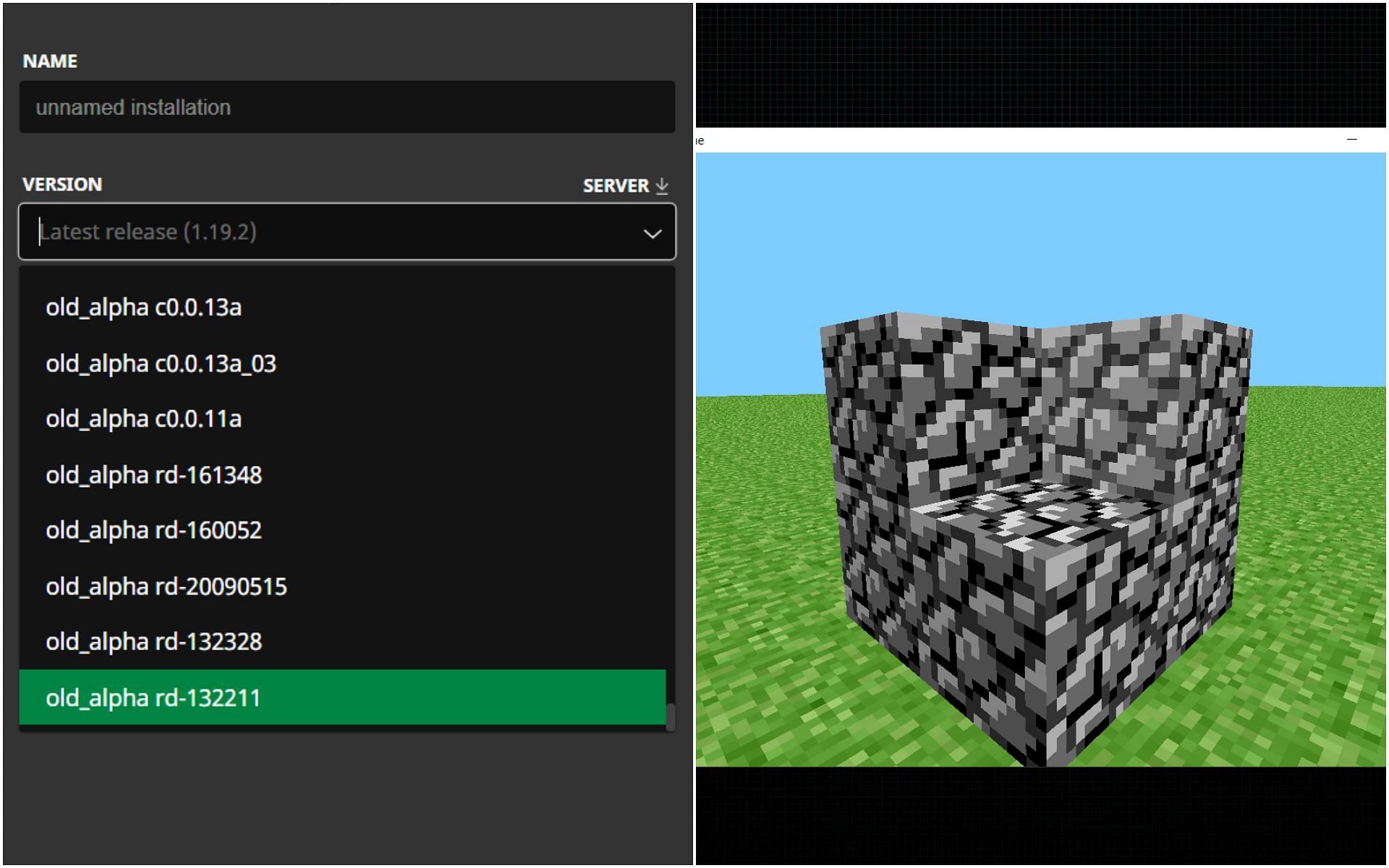 Ad P
Minecraft is one of the oldest games that is still extremely popular in 2022, with millions of users playing the game on a regular basis. Since the game’s first release, Minecraft has come a long way, adding hundreds of new features over the course of the past 11 years. However, many enthusiasts and fans of the game would love to experience its earliest iterations.

The famous sandbox title was released back in 2011, but the game’s development started two years earlier in 2009. Markus Persson (Notch), the creator of Minecraft, started working on the game in May 2009 and made a few alpha versions to test the very basic mechanics. Luckily for players, they can easily download and play these older alpha versions, even in 2022.

Steps to play the oldest version of Minecraft in 2022

In order to see all the historical game versions, players must toggle a setting. Simply head to the main settings of the launcher from the bottom left corner. Then under the ‘General’ tab, players will be able to find a checkbox that says ‘Show historical versions of Minecraft: Java Edition in the Launcher’. Players can go ahead and check the box.

3) Finding and installing the oldest version

The name of the oldest Minecraft version is ‘rd-132211’. Players can select the version, name the installation, and click ‘Save’ on the bottom right.

4) Select the oldest version and play

Finally, players can simply go ahead and find the new installation in the drop-down menu on the main Java Edition page and click ‘Play’. Players will be surprised to see how quickly the launcher downloads and opens the game. This is because this version of Minecraft is extremely old and only has the most basic mechanics.