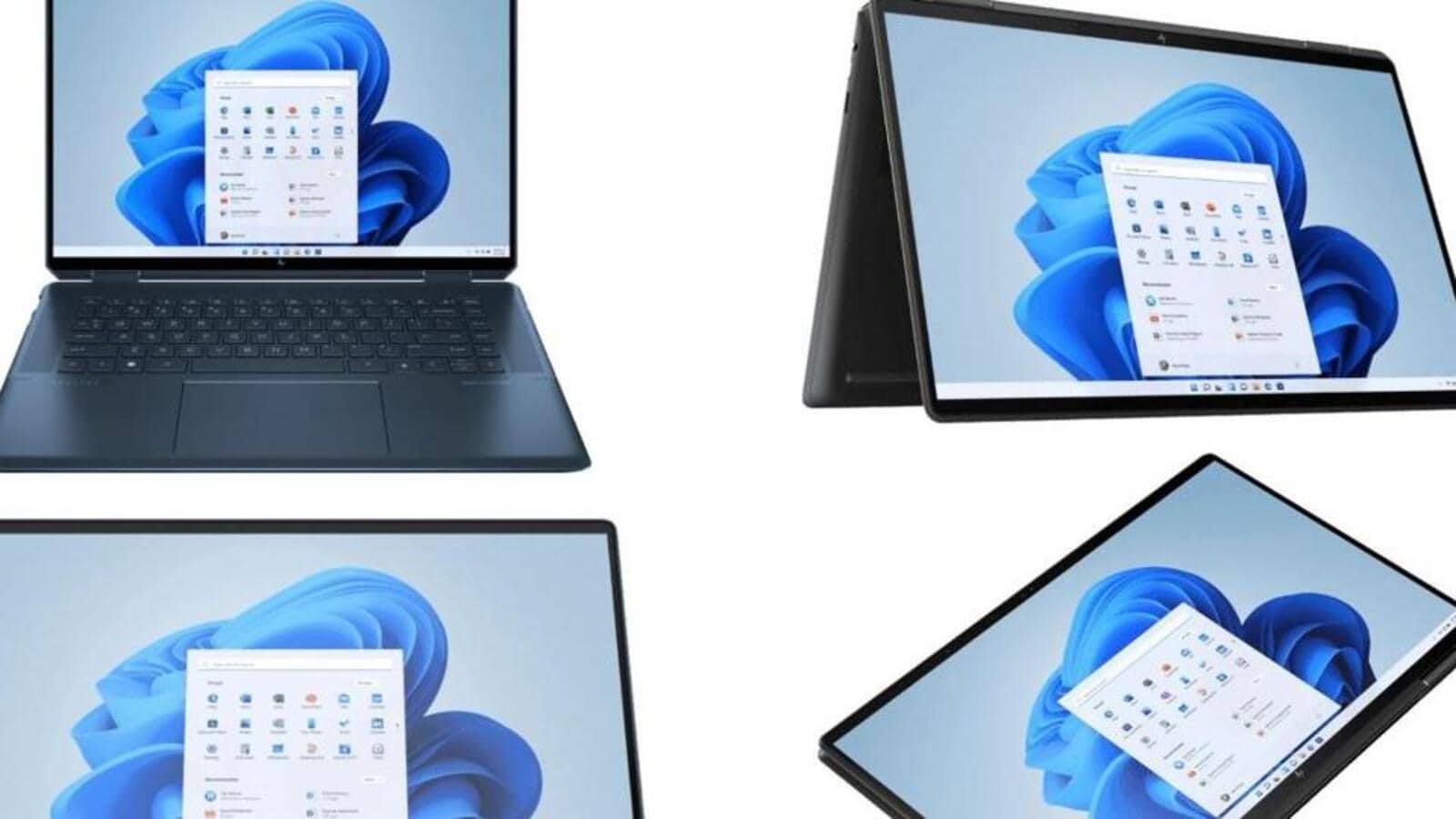 Ad P
It isn’t easy to make genuinely beautiful laptops that become visual outliers. It is doubly difficult to carve out a large screen laptop to look good. The problem of sculpting metal or plastic with a wide footprint isn’t easy. HP is attempting exactly that, with the biggest ever Spectre series laptop. It must be said, HP’s Spectre laptops haven’t had genuine competition that would match up to the beauty. Dell XPS series, you say? Not really.

The HP Spectre x360 16 for 2022 is going the full distance, with a 16-inch display. Unlike the predecessor which had a more conventional (at least in the laptop world) 15.6-inch screen. The change in aspect ratios has helped. Mind you, this won’t be an OLED screen because the variants HP retails in India instead use the IPS, or in-plane switching tech. The biggest takeaway is, if you really want a laptop with a large screen, you don’t necessarily have to lug around a heavy machine.

Also Read: Tips to avoid harmful effects of computer and smartphone screens on your eyes

The matters of money and value

Let us talk about the pricing, before the specifics of performance and experience. There are two variants of the HP Spectre x360 16 laptop that’ll be on sale in India. The similarities include the same processor series (that’s the latest generation Intel Core i7 chip, but in different variants) and 16GB RAM. The differences – storage (512GB or 1TB), graphics (Intel Iris X or Intel Arc A370M) and colours (Nightfall Black or Nocturne Blue). The price tags are ₹1,39,999 and ₹1,69,999.

That gives the HP Spectre x360 16 a significant advantage over the Dell XPS 15 and the Dell XPS 17, which anyway start out with the disadvantage of being conventional laptops. The “2-in-1” range hasn’t been updated for sale in India, for a while now. The XPS 15 is priced upwards of ₹2,37,900 while the XPS 17 prices start from an eye watering ₹3,34,900.

HP has been able to swap the 15.6-inch screen with a 16-inch screen while shaving off a few millimeters from the overall footprint. This 3072 x 1920 resolution (that’s marked as 3K+) screen is quite crisp and the colours look really well distinguished. HP has smartly added a utility which lets you even dim the app windows which are in the background – this we feel does help focus more on what you are presently working with.

There’s more with the Display Control utility, which lists out a number of colour profiles that are supported. You can choose to have the automatic mode enabled, which will mean the laptop will smartly switch to a more accurate mode when you open a photo or video editing app, for instance. Or select manually for apps. This is a very bright screen, but the peak brightness will alter somewhat depending on different profiles.

The screen has the Corning Gorilla Glass NBT (this is specifically for touch enabled laptops) which should help it resist scratches and dings, particularly from touchscreen usage instances. This can morph into a tablet too (the 1.34kg weight isn’t as heavy as you may imagine), and that’s one detailed touchscreen use case.

Whether or not you find this too heavy to use as a tablet, is subjective. More to the point, we really appreciate the anti-reflection coating which does its job rather well to keep ambient lighting from getting reflected back into your eyes.

The well-recognised snipped edges near the display hinge are very much there, but overall, there is a very clear toning down of certain visual cues. More edges and curves are rounded, than sharp angles. Colours too, the ‘bling’, if you may.

For instance, on this Nocturne Blue review unit which we had, the inserts aren’t golden, something you would have expected as default on Spectre laptops a few years ago. Instead, there is an even more subdued blue shade in use. This should make the HP Spectre x360 16 look more appealing and less alienating.

There is no downside to the spec sheet, except perhaps the graphics – but that was to be expected, on an ultra-slim laptop. Depending on the variant, you’ll get either the Intel Core i7-12700H or the Intel Core i7-1260P processors. It is good in a way that HP has kept this product line simple, without the complexity of Core i5 or Core i3 chip options thrown in for good measure. This is the flagship HP Spectre laptop, and it is primed to behave like one.

The HP Spectre x360 16 has absolutely no problem with typical productivity apps and workflows. In fact, it doesn’t even have to speed up the fans, that’s how well the efficiency cores on either Core i7 chip will be able to handle most apps (that should theoretically have a positive spin on the battery life too). Pile on extensive multitasking, and this laptop shows no signs of feeling the strain of carelessly opened by the dozed Google Chrome tabs.

It may perhaps have been prudent to offer a variant which included a dedicated graphics card, perhaps something from the Nvidia RTX 3000 series, to at least have the option of casual gaming. Right now, neither Intel graphics can honestly do that very well, and we wouldn’t make a fallacious recommendation that they may. They won’t.

We noticed that when the system cooling is set to Smart Sense (this is the name of the auto mode; you’ll find this within HP’s system utility app), it has the tendency to preempt system load and speeds up the fans for a short while. Manually switching to any of the four options would be better if you have an inkling of the workflow. Power Save may be ideal for silent rooms, so that the fan noise doesn’t cause disturbance.

Big screen laptops have historically made a slight tradeoff with battery life, owing to the larger display requiring power. And typically, large screen laptops tend to be used for more complex workflows, that involve multitasking that’s a notch higher than otherwise. In our tests, the HP Spectre x360 16 when used as a primary workday laptop, lasted just shy of 10 hours on a single charge. That’s with the brightness manually adjusted to 30%.

It may be outlandish to expect a laptop with a screen this large, to last 15 hours or so on every charge cycle, but to get close to 10 hours is still very creditable. It means you can get this to last an entire workday, without having to fish the charger out of the backpack.

The question of a 16-inch laptop: OLED and graphics will be missed

There is a uniqueness about the HP Spectre x360 16 laptop that no rival still has. It is a convertible, something that alternatives including Microsoft’s Surface Pro series does, but in smaller screen sizes. HP is giving a choice, no matter how small the demographic for that use case might be, for now.

The improvements to the design, the latest gen specs with a simplified line-up and some software smarts simply add value to the experience. But a few potentially crucial pieces are missing too.

You do need to keep in mind though that graphics capabilities are limited (16-inch laptops tend to evoke casual gaming ideas too), and there isn’t an option for that scenario. Secondly, there is no OLED display option for India, just yet. Those are glaring omissions from the HP Spectre x360 16 portfolios. But all said and done, the evolving personality of HP’s Spectre laptops is a pleasant change.