Ad P
Hrithik Roshan was recently clicked outside a multiplex chain in the city. He was accompanied by his girlfriend Saba Azad. The couple was reportedly there to watch the trailer of the actor’s upcoming film, ‘Vikram Vedha’.

Check out the photos here: 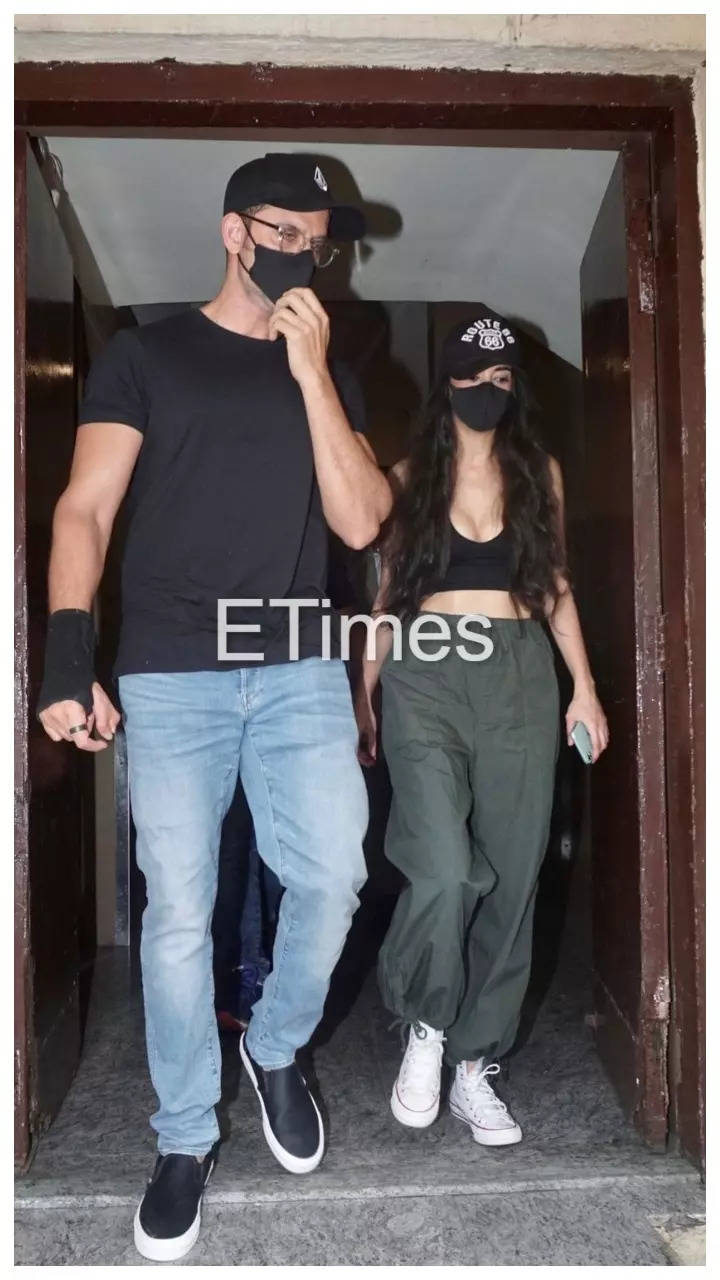 Pic: Gurujeet Singh
Twinning in black outfits and matching caps, Hrithik and Saba made for a stylish jodi as they came outside the cinema hall. While the actor paired his black t-shirt with blue jeans, Saba paired it with olive green pants. Both of them had their masks on.

Ever since Hrithik made his relationship with Saba official at Karan Johar’s 50th birthday party, the couple has been painting the town red. They never shy away from walking hand-in-hand at public places and their PDA on social media is simply unmissable.

The lovebirds recently went on a vacation together. Their pictures and videos made their way onto social media and they went viral in no time.

On the work front, Hrithik will next be seen in the Hindi remake of ‘Vikram Vedha’ co-starring Saif Ali Khan. Apart from this, he is also a part of Siddharth Anand’s ‘Fighter’ where he will be sharing the screen space with none other than Deepika Padukone for the first time.