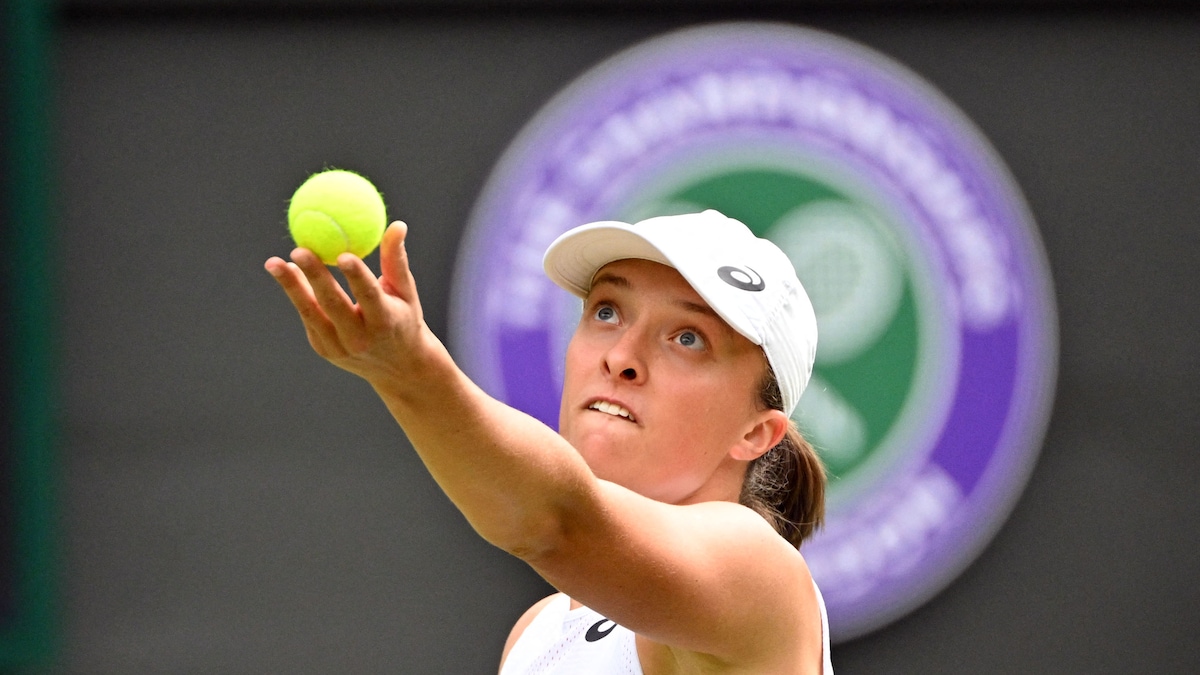 - Advertisement -
Brazilian outsider Beatriz Haddad Maia toppled world number one Iga Swiatek 6-4, 3-6, 7-5 on Thursday to reach the quarter-finals of the WTA Toronto Masters. The South American ranked 24th in the world beat her third top-10 opponent this season, but notched her first career win over a world number one as she clawed out the victory in three hours. Haddad Maia, who won titles at Nottingham and Birmingham in June, became the first Brazilian to reach the quarters at a WTA 1000 tournament.

She was the first from her country to face a number one since Telian Pereira lost to Serena Williams at Roland Garros in 2016.

Swiatek, whose six titles this season include the French Open, missed her chance at a 50th match win this year in the setback that comes two weeks before the start of the US Open.

Her run of 23 straight wins at the Masters 1000 level was snapped in difficult playing conditions.

“At the beginning I struggled to find my rhythm, probably because she’s lefty and I had a hard time adjusting to her serve,” Swiatek said.

“Without the wind I would manage. But it was pretty crazy out there.

Haddad Maia put Swiatek on the defensive, forcing her to save 15 of 19 break points while committing nine double-faults.

“I’m happy and proud of myself and my team, it’s a special moment,” she said. “It’s not always easy to beat the number one on a huge stage and against all the crowd.

“I think I passed through very tough moments in my career to live this moment. I just want to enjoy a little bit.

“I don’t want to think about my next match,” added Haddad Maia, who will play Switzerland’s Belinda Bencic for a place in the semi-finals

Bencic followed up her victory over 23-time Grand Slam champion Serena Williams with a brisk 6-1, 6-3 victory over Spain’s Garbine Muguruza.

The American teenager contributed just under half of the miscues in the error-strewn affair, with her opponent accounting for 18 additional doubles.

Tenth seed Gauff, who fell to Swiatek at Roland Garros in her first Grand Slam final this year, battled for three and a quarter hours against sixth-seeded Sabalenka.

Gauff finished with nine aces and saved 10 of 14 break points that she faced.

“The conditions weren’t easy today, a lot of wind,” Gauff said. “I think I hung in there mentally and that’s what I’m most proud of.”

Victory for the 18-year-old came a day after she beat Wimbledon champion Elena Rybakina in the third round in a match that took two and three-quarter hours.

The American admitted that trailing 3-0 in the final set, she had to give herself a serious talking-to.

Gauff will face off on Friday against two-time Grand Slam winner Simona Halep after the former number one from Romania defeated Switzerland’s Jil Teichmann 6-2, 7-5 in 91 minutes.

China’s Zheng Qinwen ended the hopes of home favorite Bianca Andreescu with a 7-5, 5-7, 6-2 victory over the former US Open champion from Canada. Zheng will next face Karolina Pliskova, who ousted third-seeded Maria Sakkari 6-1, 6-7 (9/11), 6-3.