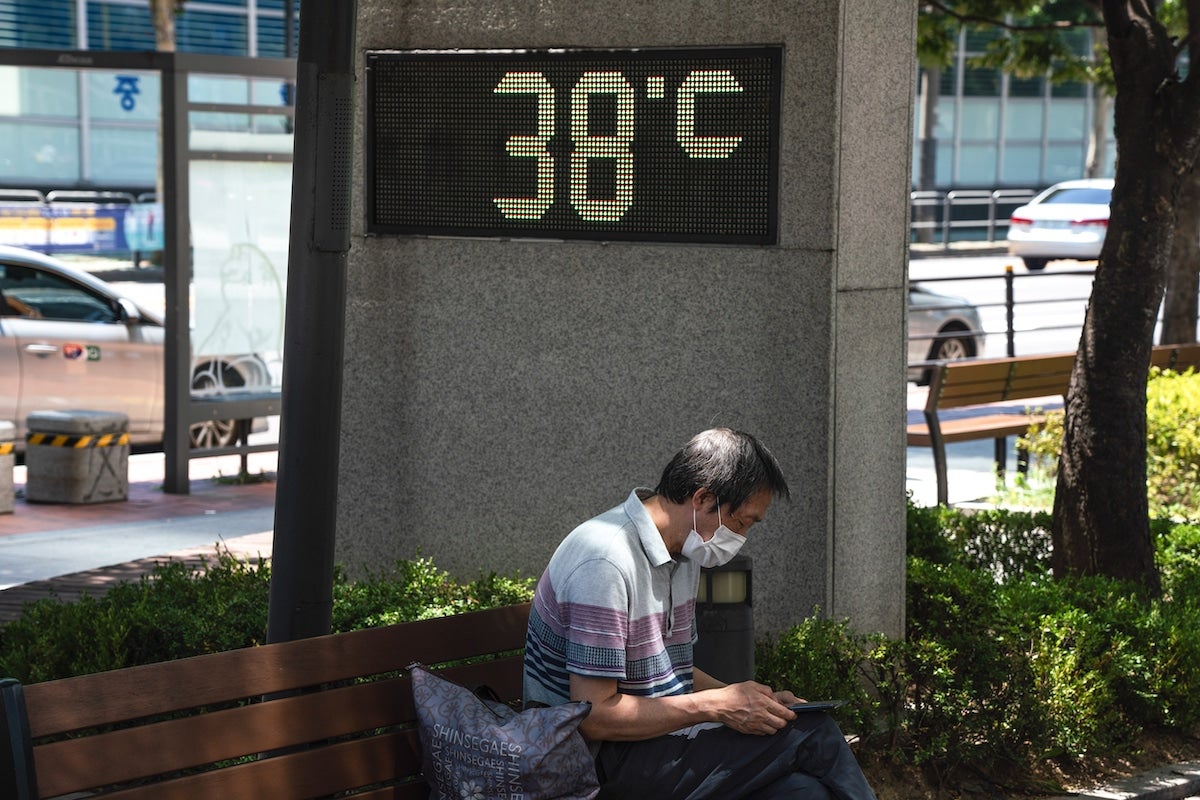 Why you can trust us

Founded in 2005 as an Ohio-based environmental newspaper, EcoWatch is a digital platform dedicated to publishing quality, science-based content on environmental issues, causes, and solutions.

A new study has found that as climate warming increases overnight temperatures, these hotter nights could increase mortality risks by as much as 60%. That’s because the higher temperatures interrupt sleep and make it harder for the body to cool down at the end of the day. These sleep disruptions could lead to immune system damage, higher risk of heart disease, cognitive damage and more.

The study authors examined historical mortality data, including 9,185,598 deaths, for 28 cities across Japan, South Korea and China from 1981 to 2010. They also calculated the excess sum of high temperatures overnight, representing this extreme heat as hot night excess (HNE).

Looking back, the research team found that relative mortality risk on high temperature nights was as much as 50% higher than nights that were not hot. For the future, the study authors noted that the frequency of hot nights may increase over 30% and grow more intense by as much as 50% by 2100, even with tighter regulations on greenhouse gas emissions. Disease burden could increase by up to six times from the 2010s to the 2090s, according to the study.

“To combat the health risk raised by the temperature increases from climate change, we should design efficient ways to help people adapt,” said Dr. Haidong Kan, study author and a professor at China’s Fudan University. “Locally, heat during the night should be taken into account when designing the future heatwave warning system, especially for vulnerable populations and low-income communities who may not be able to afford the additional expense of air conditioning.”

The study also noted that climate change could have other impacts on human health as well. Extreme heat events in general, not just overnight, could increase risks of mortality along with risks of various diseases, including heart disease and other cardiovascular events, kidney disorders and psychiatric illnesses, according to the authors.

“Based on well documented epidemiological findings on daily high temperatures or heatwaves, most studies to date have projected an increase in heat-related disease burden under various climate change scenarios,” the study stated.

The authors included policy suggestions in relation to their findings, which were published in The Lancet Planetary Health. They noted that overnight temperatures should be considered when designing extreme heat warning systems and said this could require more people to rely on air conditioning overnight, although higher AC use can further exacerbate climate warming. The authors also shared that the findings show that improved public health policies, particularly for low-income communities, are necessary to create better indoor comfort and safety for people who need relief from the heat. And in general, they explained that there should be better plans to mitigate warming in the first place.

Subscribe to get exclusive updates in our daily newsletter!

Based in Los Angeles, Paige is a writer who is passionate about sustainability. She earned her Bachelor’s degree in Journalism from Ohio University and holds a certificate in Women’s, Gender and Sexuality Studies. She also specialized in sustainable agriculture while pursuing her undergraduate degree.