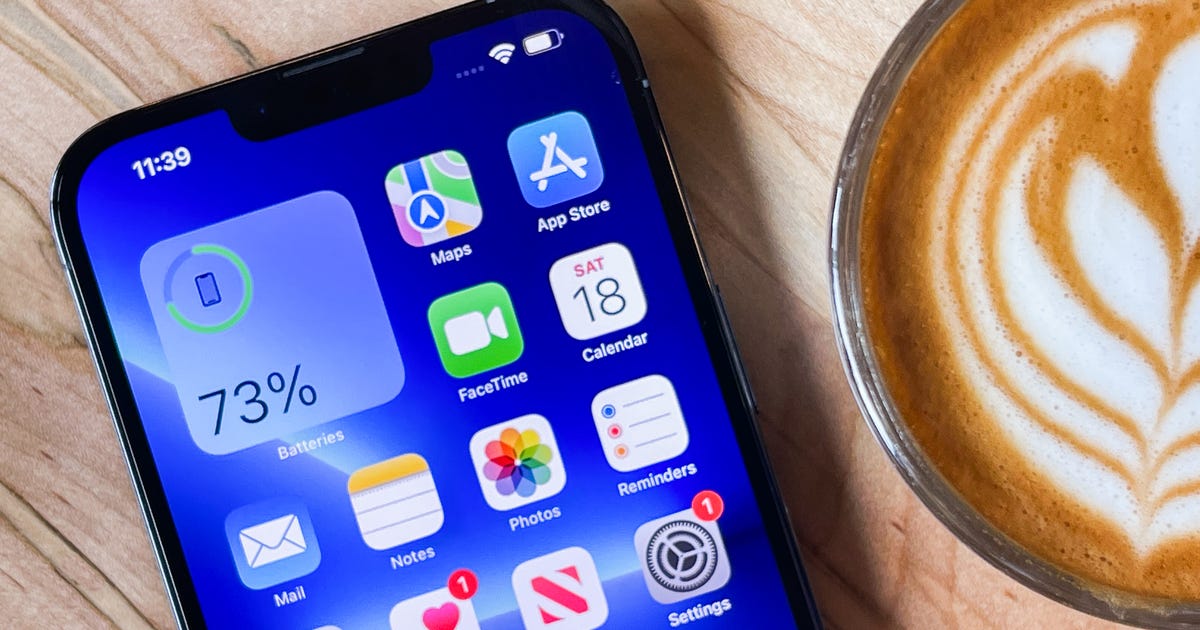 Apple’s Sept. 7 event is very likely to be the day that Apple reveals the rumored iPhone 14 line. Rumors further point to the phone itself getting a mid-September release date, possibly Sept. 16. But of course, nothing is official just yet.

In the meantime we have rumors and questions: How will the iPhone 14 stack up against its predecessor, the iPhone 13? How much better will the cameras get? Will the iPhone 14 get more expensive? And what’s the deal with the notch anyway — is this the year of the no-notch iPhone? We’ve sorted through the rumors to find some answers, or at the very least, form a better idea of what may feature on Apple’s 2022 flagship phone. To be clear, none of these specs or features have been confirmed by Apple.

This one has persisted for years, but one of the biggest rumors is about the notch at the top of the screen. After introducing the notch on the iPhone X back in 2017, Apple could finally ditch it this year — though apparently only on the Pro models. The company is expected to trade it out for a smaller hole-punch camera in the Pro models, according to noted Apple analyst Ming-Chi Kuo Kuo. A hole-punch design refers to a display with only a small circular cutout for the front camera, as seen on a number of Samsung launches including the Galaxy S22 Ultra and Galaxy Z Flip 4.

However, display analyst Ross Young predicts the iPhone 14 Pro and Pro Max will receive two cutouts: a hole and pill-shaped cutout to accommodate the front-facing camera and Face ID. Right now, the notch is home to the components that make Face ID work, meaning Apple may need to shrink all that tech in order make a notchless iPhone a reality. Whether the next iPhone receives one cut-out or two, the rumors we’re following point to members of the iPhone 14 lineup going notchless for the first time in five years.

Apple made major changes to its rear cameras over the years, but the cameras on the front have been overlooked. That may no longer be the case this year. If the notch goes away iPhone 14’s front shooter may alter visually with the addition of cutouts, but there’s also chatter about the camera system itself receiving a noteworthy upgrade functionally.

In an April tweet, Kuo said the entire iPhone 14 lineup will receive a larger aperture (f/1.9), which should help the device take better pictures at night, and an upgrade to autofocus. All this potentially represents the iPhone’s biggest front-facing camera upgrade since 2019.

The iPhone 14 display: Pro models might have an always-on display

One of the biggest iOS 16 features previewed by Apple was its overhauled lock screen. Set to launch in the fall as part of iOS 16, the lock screen will show more information at a glance, including weather, activity progress, battery levels and your calendar. It’s a feature that pairs well with an always-on display — and it makes sense that Apple would launch it via the upcoming iPhone 14.

That’s backed up by Kuo, who recently said he expects the average selling price of the iPhone 14 lineup to increase. The macro-economic environment also points to a price hike. Inflation remains persistently high, while Apple continues to grapple with supply chain issues in China — both of which have been pushing up the price of conducting business.

Apple’s last two iPhone lineups have featured the same 6.1-inch size for the base model, going up to 6.7 inches for the Pro Max. According to a Nikkei Asian Review report, Apple will stick with these sizes for the iPhone 14 series, but eliminate the 5.4-inch Mini. This rumor is corroborated by a March report from 9to5Mac. Reports showed sluggish sales of the iPhone 12 Mini, so it’ll be no surprise if Apple ends up retiring the small phone in 2022.

Although the size of the next iPhone is expected to stay the same, the display bezels for the Pro Max are rumored to be 20% smaller compared to previous iPhone generations, according to CAD renders shared by Twitter leaker ShrimpApplePro. This means the screen would be slightly larger. However, it’s important to note that this rumor should be taken with a grain of salt since ShrimpApplePro doesn’t have an extensive track record to support their speculations.