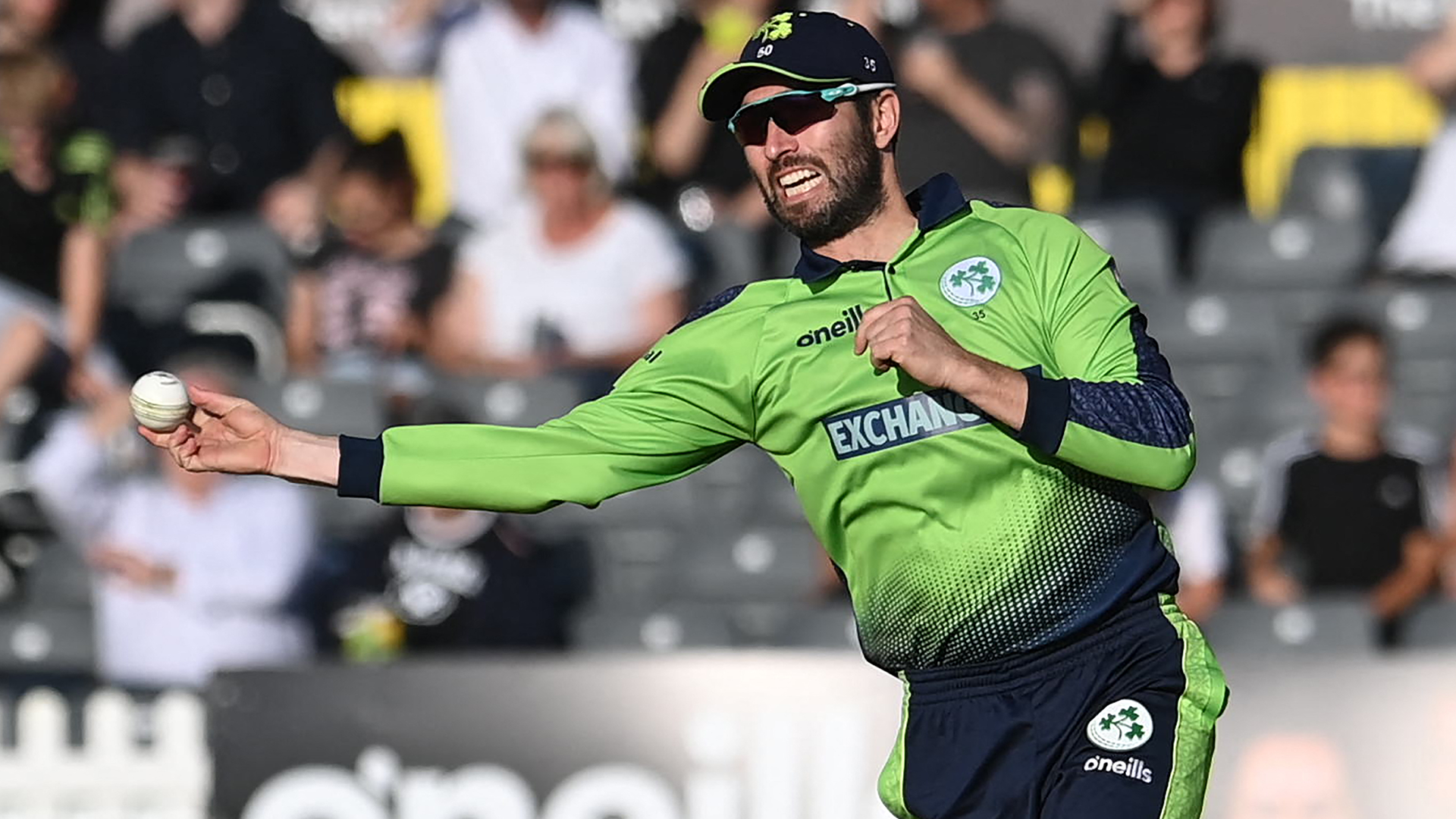 With the T20 World Cup around the corner, Ireland and Afghanistan’s form goes under the microscope.

Ad P
As Ireland finally taste victory in what has been a luckless international summer, Afghanistan aim to to find the winning blend ahead of Asia Cup and T20 World Cup campaigns.

All the talking points from the first T20I in Belfast.

The wicket-keeper spot in Ireland’s white-ball unit has been up for grabs in recent years, with no one able to make the role their own.

Tucker could well be the most likely gloveman to be on Andy Balbirnie’s team sheet come their T20 World Cup opener against Zimbabwe in Hobart, though will need to be on song to secure the spot.

Neil Rock is another ‘keeper in the mix, though it’s former Zimbabwe international PJ Moor that poses as Tucker’s biggest threat.

Moor, who has performed admirably in inter-provincial cricket, has been based in Ireland since 2019, and would qualify to play in time for the T20 World Cup.

Where does this put Afghanistan ahead of the T20 World Cup?

Mohammad Nabi’s side are a tough one to gauge at present and the defeat in Belfast does little to shake the tag of inconsistent performers.

The Blue Tigers were 3-0 T20I series winners over Zimbabwe recently, though it came before Dave Houghton’s appointment as Zimbabwe coach and with several of their best players out.

A handful of players have moved on after the disappointing 2021 campaign, and it remains unclear just how the side will line up ahead of the Asia Cup, and their T20 World Cup opener against England on October 22.

Usman Ghani’s match in Belfast may be one performance to get the Afghans up and about, with the side needing a stronger top order to be any chance of higher honours.

Making 59 (42) with six fours and two sixes, Ghani could be the missing piece should the form and uptick in scoring speed continue.

With a strike rate of just 111 in the international format, Ghani would likely have more aggressive players around him in Hazratullah Zazai and Rahmanullah Gurbaz, meaning a player of his stability could shore up the side.

A well-deserved win for Ireland

The so-called luck of the Irish had not rubbed off on the Ireland cricket team over the summer, who had to this point returned empty-handed in spite of strong performances against a number of opponents.

The win was nothing more than Balbirnie’s side deserved, and it was the skipper who ensured the chase was successful.

Making his seventh T20I fifty, Balbirnie was busy at the crease, mixing strong hitting with smart running between the wickets, and involved in two 50-run partnerships.