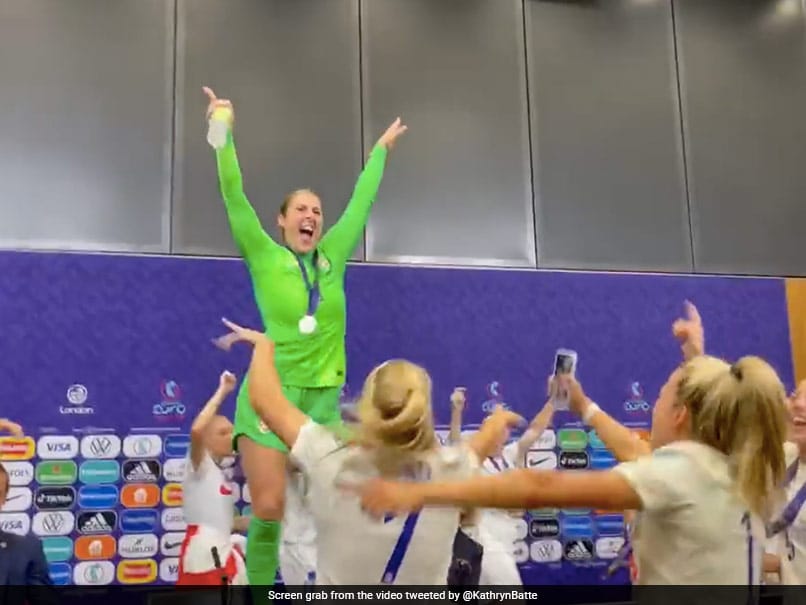 England defeated Germany 2-1 on Sunday to lift the Women’s Euro title at Wembley Stadium and after many years, England supporters have gotten the chance to sing “it’s coming home”. The normal 90 minutes had ended on level terms (1-1), but England managed to find the winner in extra time, and the side ended up winning the contest 2-1. For England, Ella Toone and Chloe Kelly scored the goals. After the win, coach Sarina Weigman was talking to the media when the players entered the room, dancing and singing “it’s coming home”.

In front of a record crowd of 87,192 for any match in the history of the European Championships, Kelly prodded home a loose ball from close range to end English football’s 56-year wait for a World Cup or Euro victory. England looked set for victory in the 90 minutes when substitute Ella Toone’s sublime chip over Merle Frohms put the hosts in front.

But for once, England were not to be denied a major tournament success.

England will feel their time for some luck was due as 12 months on from the Three Lions’ defeat on penalties to Italy in the Euro 2020 men’s final, the nation’s women went one better.