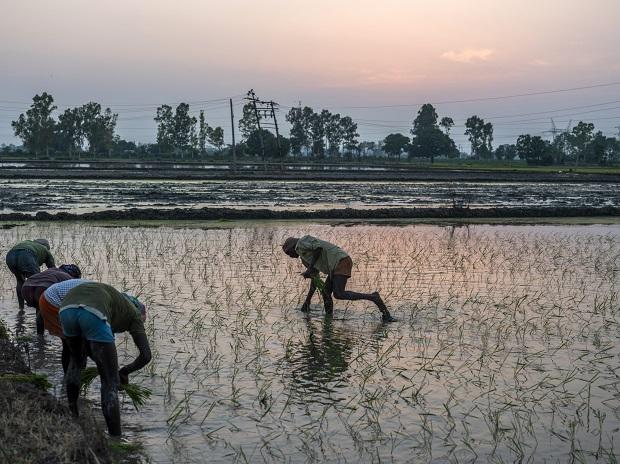 
Following Russia’s invasion of Ukraine and amid challenges for global food supply, PM Narendra Modi declared that India was capable of “feeding the world”. However, instead of feeding the world, the govt soon restricted wheat exports, citing a threat to food security.


Now, there are concerns about the outlook of rice production going forward.

The area planted under the rice crop in the country is down this year. In the week ended August 18, paddy acreage in the country was down 8.25 per cent over the same period last year. Paddy is the most important crop during the Kharif season, and over 80 per cent of India’s total rice production is done during this season.

The lower paddy acreage is attributed to the erratic monsoon. Rice cultivation usually requires large amounts of water, and farmers in states without adequate irrigation facilities depend heavily on the monsoon.


According to the IMD, rainfall is deficient in major rice-producing states


In the previous season, India produced over 111 million tonnes of rice. According to a report by the US department of agriculture, India’s rice production is estimated to decline by 0.9% to 128.5 million tonnes for the full 2022-23 crop year.


So, what are the implications of lower rice production in India?


The decline in rice output could also hit exports and affect global supply dynamics. India is the largest exporter of rice and accounts for 40% of the global rice trade, supplying rice to over 100 countries. Lower rice production in India could have implications for food inflation in rice-importing countries.


Major customers are India’s neighbours, including Bangladesh, China, Nepal and some other middle eastern nations. India exported 21.2 million tonnes of rice in 2021-22, of which 3.94 million tonnes was the basmati variety.

According to the USDA report released earlier this month, India is projected to increase shipments, and the global rice trade in the calendar year 2023 is pegged at 54.7 million tons. Rice traders earlier hoped to cash in on the drop in rice crop yields and high production costs in Thailand and Vietnam, but the lag in paddy acreage in the country has been a letdown.


Besides the impact on exports, lower rice production also has implications for India’s domestic market. However, unlike wheat, the Central pool of rice stock is at 47 million tonnes as against a buffer norm of just over 13 million tonnes. This also includes the rice yet to be received from millers by the Food Corporation of India. Given the current scenario of wheat and paddy, it will also be interesting to see whether the government will extend the free food grain scheme beyond September 30.


As the peak paddy sowing season is over, the outlook still looks bleak. If prices continue to soar, export restrictions cannot be ruled out. But experts say the curbs, if imposed, should not be drastic like outright bans and could be in the form of higher tariffs and minimum export prices.