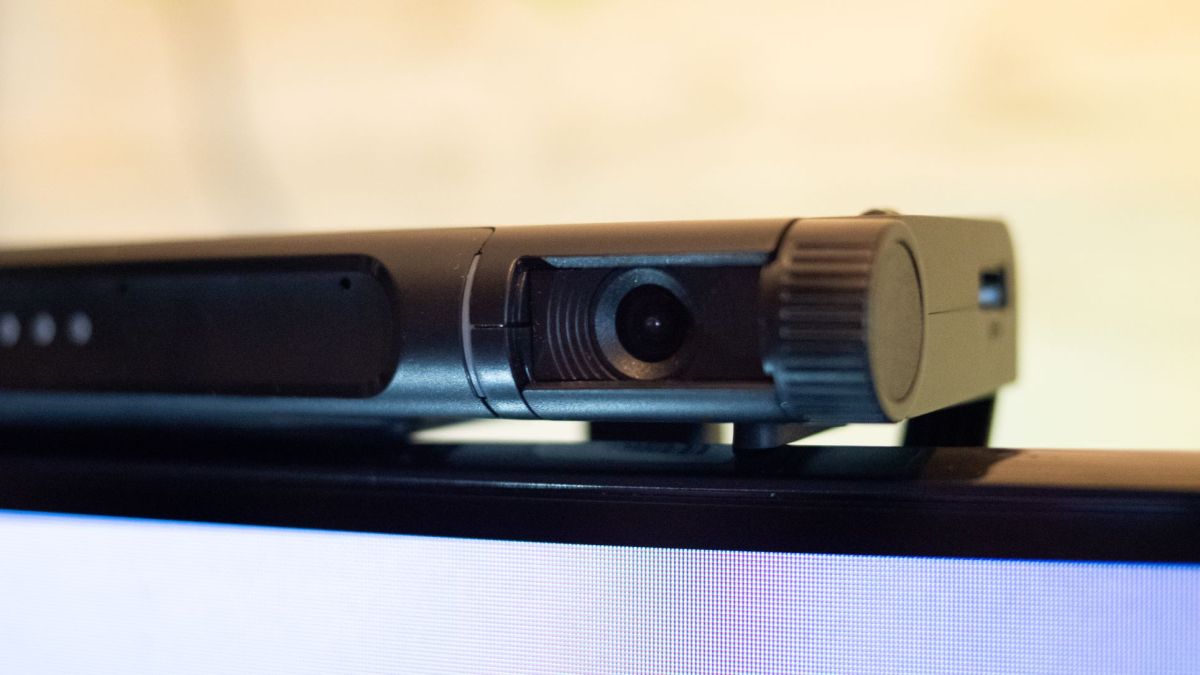 Ad P
The Mecool Now KA2 is a breath of fresh air in the webcam segment, combining a smart camera and a streamer in one package. I’ve reviewed a handful of streaming devices from Mecool over the past few months, including the Mecool KD3 dongle and the HomePlus KA1 Android TV box. The latter doubles as a smart speaker when you’re not watching movies or TV shows, and now Mecool is attempting to pull off something different: An Android-powered streamer designed around a webcam.

But it’s not an ordinary webcam. The Now KA2 is built to sit atop your smart TV for your video calling needs, like many of the best webcams for your TV. It is essentially a full-fledged Android TV platform that supports a wide variety of streaming services. As for the video conferencing aspect, this accessory has a few limitations.

The Mecool Now KA2 originally debuted last year running Android 10 out of the box. The smart camera was recently updated to Android 11. It is available to purchase via Mecool’s online storefront, as well as major retail platforms such as Amazon for $125. Plus, you can save 10% on your purchase by just using the coupon code MECOOLAC upon checkout via Mecool’s store (opens in new tab).

Unlike most webcams with a straightforward design, the Now KA2 has a lot going for it. It is a flat plastic brick with plenty of features that underline the amount of work Mecool spent building the product.

The camera sensor and most of the buttons are located along the front edge. The standby button, remote control sensor, and a dedicated button for answering calls are all aligned from left to right for easy access. There are also four indicator lights for call and activity status, as well as two microphone pin holes. Perhaps, the design highlight is a physical rolling cover that tucks the camera away when not in use — ideal if you’re wary about your privacy.

You’ll also immediately be alerted when the camera is active by a camera indicator that turns green or red (when it’s inactive). This is part of the camera’s design to help you stay in control of your privacy. Since it’s Google Assistant-enabled, the device is also built to constantly listen for voice commands. Mecool has given this thought and crammed a physical microphone button to remove any risk of snooping.

Right out of the box, the Now KA2 is ready for you to plug in. You’ll find a barrel-type DC input, HDMI in/out ports, a tripod mounting hole, a 10/100 Ethernet port, and a mounting bracket. Even though the camera is a bit chunkier than most webcams, it looks fine sitting atop my TCL smart TV without making me worry it will fall off.

While it doesn’t have a microSD card slot to expand its storage, the product does include a USB 3.0 port on one side to let you connect an external drive. The bundled remote looks sturdier than any of the remote controls that came with previous Mecool products I’ve reviewed.

There are dedicated buttons for Google Assistant, YouTube, Open Camera, and Google Duo. This means you can quickly call any contact with a single press of the Duo button, but that is also one of its drawbacks, which we’ll discuss later.

Listening to someone on the other end of a phone call is a breeze thanks to the top-mounted 5W speaker. During my test, the audio was up to par thanks to its far-field voice control.

As a streamer, the Now KA2 has many of the features you don’t want to miss from an Android TV box. The product originally shipped with Android 10 out of the box before it was treated to Android 11 a few months ago.

Navigating apps on my TV screen is a snap, and the streamer is capable of up to 4K resolution at 60 FPS, like many of the best streaming devices, such as the Chromecast with Google TV. There’s nothing to complain about on that front.

Things start to get nasty when you begin using the accessory for what it was meant for. The Now KA2 comes with an underwhelming camera: It shoots only in HD (720p) resolution, and it’s limited to a 100-degree field of view.

While Mecool should get a pat on the back for building the camera with user privacy in mind, the product suffers from poor image quality. It’s a compromise that I think most people will see as a disappointment for its price. While it may get the job done during a casual call with friends and family, this isn’t something you want to use for more formal occasions, such as a video meeting with your boss or client.

The number of supported videoconferencing apps is also extremely limited: the Now KA2 is only compatible with Google Duo. This means there’s no support for any of the best video conference software, such as Google Meet, Microsoft Teams, Skype, or Zoom.

You can’t install non-supported apps, too, though this should be tied to its official Google certification. After all, Android TV isn’t known for supporting all of the apps available on the Play Store for mobile devices.

You also can’t adjust its field of view. Fortunately, the mounting bracket is adaptable to any viewing angle. Another downside to this product is the bulky design, but that’s just nitpicking.

Another shortcoming of the Now KA2 is that it cannot be used as a standalone webcam. It feels as though the smart camera was an unnecessary gimmick for what should have just been a dedicated streaming device.

There’s not an abundance of products like the Now KA2 on the market. The closest that comes to mind is the Yealink UVC34, a Microsoft Teams-certified webcam with 4K support. However, it’s way more expensive than Mecool’s smart camera.

A more practical solution is the NexiGo N940P, which sets you back only $70. It shoots up to 1080p at 60fps, with support for multiple video-calling services, including Zoom, Skype, Teams, and Webex.

Mecool Now KA2: Should you buy it?

You should buy this if…

You shouldn’t buy this if…

The Mecool Now KA2 is a missed opportunity for a Chinese company that specializes in a wide array of entertainment and streaming products powered by Android. Sure, the smart camera is up to par on the streaming front, but a lot of corners have been cut, undermining its webcam capabilities as a result.

Still, Mecool deserves praise for carefully placing the buttons and adding extra design details that put privacy front and center while interacting with the accessory. The product draws most of its strength from its software, which is unlike anything we’ve seen on a webcam.

The Mecool Now KA2 webcam is a well-designed product that stands out from other smart cameras we’ve seen recently, revitalizing webcams and elevating the experience beyond just communication.